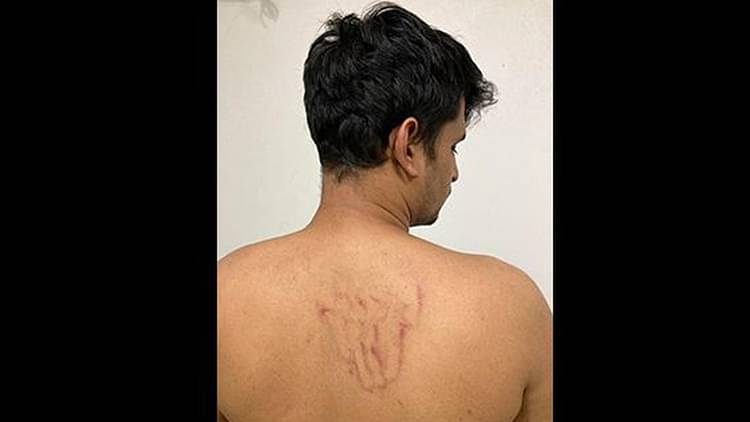 A journalist working with the investigative magazine The Caravan was thrashed by an Additional Commissioner of Police (ACP) inside a police station on Friday while he was on an assignment to report on an alleged rape of a Dalit girl.

According to the journalist, Ahan Penkar, ACP Model Town, Ajay Kumar kicked and slapped him inside the police station on Friday afternoon while he was reporting on a demonstration against police inaction over the alleged rape and murder of a Dalit girl despite showing his press credentials to him.

“The ACP kicked me in the chest. I’m shaken. He threatened to beat us with a steel rod…They lifted me by my trousers and took me inside the police station. I was forced to delete the videos and photos from my phone,” Penkar was quoted as saying by Newslaundry.

Penkar has filed a complaint with the Delhi Police Commissioner S.N. Shrivastava. “I have injury marks on my nose, my neck and my back from the brutal assault by the police personnel on us,” said Penkar in his complaint.

Penkar said the ACP pushed him to the ground, hit him repeatedly on the back and stamped on his ankle.

The Caravan editor Vinod K Jose said it was the fourth such attack on their journalists in recent times.

“Increasing frequency with which Caravan journalists are getting attacked by Hindutva goons and Delhi Police officials makes one lose faith in the system. Whom should we complaint against and where?” Jose posted on Twitter.

The Caravan’s political editor Hartosh Bal said that “Caravan’s sustained reportage on the violence against Muslims detailing the Delhi police and BJP’s role led to an assault on our reporters.”

“An ACP assaults a reporter in a police station after seeing the press card. Reflects deliberate calculation and a sense that violence against media reporting inconvenient truths has sanction from the very top. Is the Delhi police a police force or a vigilante outfit?” posted Bal on Twitter.

For all the latest India News, Follow India Section.