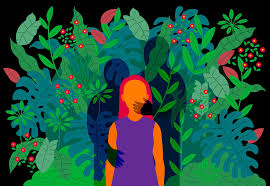 A Dalit woman put up a brave fight after her neighbour allegedly dragged her to a sugarcane field with the intent to sexually assault her in UP’s Pilibhit.

Pilibhit: A 30-year-old woman, belonging to the Dalit community, bravely fought off her 40-year-old neighbour after he allegedly dragged her to a sugarcane field and tried to rape her in a village under the jurisdiction of Sungarhi police station in Pilibhit district of Uttar Pradesh

As per reports, the incident happened when the woman in question had gone to inspect her farming field. Her neighbour, after noticing that she was alone, allegedly grabbed her and then forcibly took her to a nearby sugarcane field with the intent to sexually assault her. As he tried to force himself on her, she bravely put up a fight against him and screamed. The alleged sex attacker immediately fled the spot as he saw villagers, who were working nearby, rushing to woman’s aid after hearing her.

Turned away by police, Dalit woman knocks on ADGP’s doors for help

After foiling the alleged rape bid, the woman went to the local police station for registering a complaint against the accused. The police officials there, however, turned her away, following which she knocked on the doors of the additional director general of police (ADGP) Bareilly zone for help. Subsequently, the local police registered a case against the accused on the orders of the ADGP, according to a report by The Times of India.

A police officer said that an offence has been registered against the accused under sections 354 A (physical contact and advances involving unwelcome and explicit sexual overtures), 504 (intentional insult), 232 (voluntarily causing hurt) and 506 (criminal intimidation) of the Indian Penal Code. Relevant charges under the Scheduled Castes and the Scheduled Tribes (Prevention of Atrocities) have also been slapped on him.