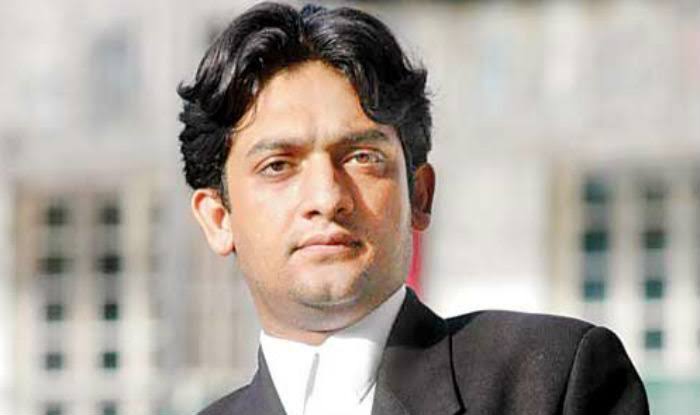 Shahid Azmi, a 32 year old advocate who is known as the ‘crusader for justice’ was shot to death at his office in Kurla’s Taximen colony in Mumbai eleven years ago.

On February 11, 2010 Azmi was home when his office boy came to inform him that some clients are at the office to see him. It was around 8pm and Azmi reached the office to find two men waiting for him inside while another two stood guard outside. He called the two men inside and they shot him at point blank range. He was rushed to the hospital where he was declared brought dead.

The accused Devendra Jagtap, Pintu Dagale, Vinod Vichare and Hasmukh Solanki were arrested and have been charged under sections 302 (murder), 120B (criminal conspiracy), 452 (house-trespass after preparation for hurt, assault) of the IPC and sections 3 (license for acquisition and possession of firearms and ammunition), 25 (punishment for certain offenses) and 27 (punishment for using arms.etc) of the Arms Act. Two of the accused, Jagtap and Solanki remain in jail while the other two are out on bail.

Azmi’s brother advocate Khalid Azmi has said that there had been a delay in conducting the trial because the accused kept filing bail applications.

Family and lawyers accused that the case is moving at a very slow pace and is still in its early stage.

Only three witnesses out of 107 have been examined and cross-examined in the murder trial.

The trial started in December 2018 before Judge U.M. Padwad and the next date is February 15.

Azmi was known for representing clients who were falsely implicated in terror- related crimes.

Shahid Azmi was born and bought up in Shivajinagar, Mumbai. He lost his father at a very young age. He witnessed the 1992 Mumbai anti-Muslim riots at the age of 16 and was daunted by the way Muslims were targeted in India. This made him leave Mumbai to join a separatist organization in Kashmir. But in few months, he parted ways from the organization and returned back to Mumbai. Azmi was arrested in 1994 by the Special Investigation Team(SIT) of Delhi Police on charges of allegedly conspiring to kill a prominent politician in India and had to serve five years of imprisonment. Azmi later confessed that he was subjected to brutal torture by the Delhi Police during the remand period and was made to confess on false statements given to him by the police. Azmi was acquitted of all charges and was released in 2011.

While serving his trial in the Tihar jail for absolutely no crime, he completed his 12th grade and also obtained a Bachelor’s Degree in Arts. After his acquittal, he came back to Mumbai and obtained his law degree from KC college. He worked as sub-editor for a news desk before resigning and starting practice as a defense lawyer.

In 2008, Azmi filed a petition in High Court against Swati Sathe, a jail superintendent. The petition alleged that the superintendent had tortured the accused in 7/11 Mumbai train blasts. The court ordered an enquiry into the matter and the allegations were found to be true. This case had bought Azmi into the limelight.

One of the biggest cases Azmi fought was that of Faheem Ansari who was arrested by the Mumbai Crime Branch for allegedly helping Pakistani militants during the 26/11 blasts. Ansari was acquitted of all charges few days after Azmi was murdered.

In his short career span of just seven years Azmi has managed to secure 17 acquittals, all high-profile mostly terrorism- related cases in which innocent youths were falsely implicated.

He never charged his clients, not a single penny.

A few months after his death, Khalid Azmi, his younger brother completed his law degree and is now taking forward Azmi’s unfinished works.

In 2013, Hansal Mehta made a film starring Rajkumar Rao on the life and work of Shahid Azmi. The film went on to win two National Awards.

According to his brother, Azmi had received several death threats and had tried to approach the authorities for protection but he was never heard.

Azmi relentlessly fought for justice to many innocent youths but his family, after eleven years of his cold blooded murder still awaits justice.