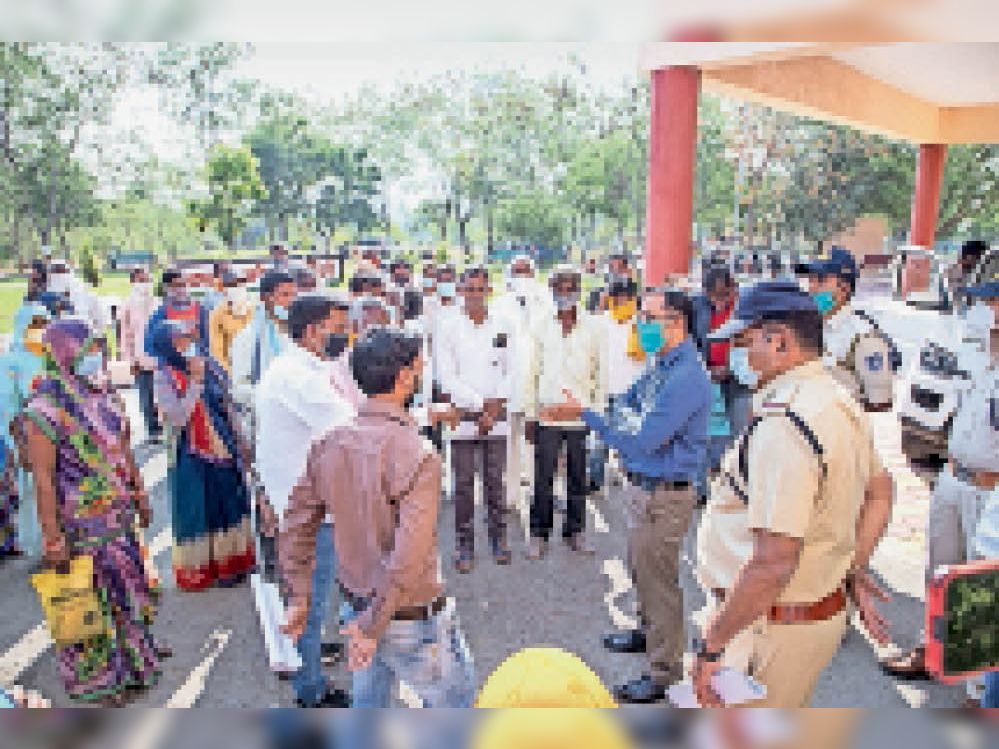 The old temple of Varsha is being encroached in the village Lahari of Tirla police station. This place belongs to the villagers, which they gave to build the temple. It was decided to build a temple in the Panchayat itself.

The receipt of which is with us, but now some domineering villagers are trying to encroach on this temple. This will be brought by the tribal and Harijan community of village Lehari Khurd, who told SP Adityapratap Singh. Hundreds of women and men of Depehar village came to meet SP on Saturday. Villagers said that many years ago, the statue of mother Amba was situated on the ground. On this, in 1991, the villagers made an idol and installed it here. Then a Panchnama was also made in the Gram Panchayat meeting. Which was agreed by all the villagers living in the vicinity of the said Otley, the copy and receipt of which is currently safe with the villagers. Ghat installation is also done at this place in Navratri. But now some domineering Adivasis and Harijans of the village contend with the society by abusing them, They are not allowed to visit the temple for darshan. Overall they are trying to assert their authority over the temple, it is wrong.

In the
memorandum of SP , the liquor being sold in the temple premises has been imposed on Babusinh father Telaram Rajput and Ramachandra father Telaram Rajput from the village. The villagers said that these people sell liquor from Gumti. The villagers said that the temple is the center of everyone’s faith. It should not be allowed to be occupied. Along with this, action should be taken against such acts. On hearing the villagers, the SP assured of appropriate action.