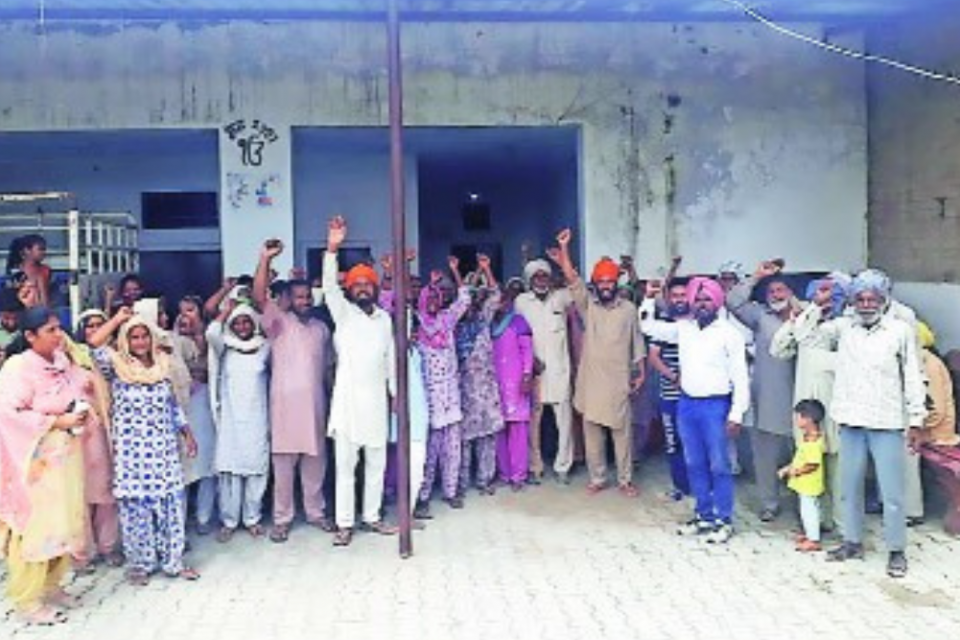 Despite the announcement, the Zamin Prapti Sangrash Committee (ZPSC) – an outfit that represents farm labourers in Punjab — has announced its decision to march towards Moti Mahal, CM’s residence in Patiala, on August 13.

Punjab government’s move to earmark Rs 590 crore for debt waiver to farm labourers and landless farmers has failed to impress those that the decision claims to benefit. Despite the announcement, the Zamin Prapti Sangrash Committee (ZPSC) – an outfit that represents farm labourers in Punjab — has announced its decision to march towards Moti Mahal, CM’s residence in Patiala, on August 13. But the protest is about getting land rights for landless labourers, and the repeal of the contentious agri laws is so far not in the charter of the ZPSC’s demands.

ZPSC chief Mukesh Malaud said, “Our main demands are that Dalits should get one-third share in panchayati land for agriculture purposes rather than landlords fielding dummy candidates and administration supporting the big landlords and exploiting the Dalits. Giving one third of panchayati land on lease to Dalits in every village for farming purposes is as per the Panchayati Raj Act and we are not demanding anything extra.”

He added, ‘’On one hand Kisan Mazdoor Ekta Zindabaad slogans are chanted but on the other hand, landlords exploit Dalits in many villages. Present example is from a Patiala village Baura Kalan where 4 acres of land meant to be given on annual lease to Dalits has been converted to general quota. Dalits of the village went on a hunger strike for 20 days and now we have heard that the annual lease will be cancelled. But still the tussle is on. Such incidents happen every year and hence our main demand is to get our lawful right of farming on one third of panchayati land via annual lease at affordable rates.”

Gurwinder Singh Baura Kalan, zonal vice president of ZPSC, said, “Majority of farm labourers are landless and they have nothing to mortgage so as to get loan from cooperative societies, hence loan waiver announcement will not be of much benefit to us as majority of landless labourers take loans from micro-finance companies which charge heavy interest. However, the government will waiver loans taken only from cooperative societies. So, it seems to be a poll gimmick.”

He added, “Hardly any Dalits are members of cooperative societies, so whose loan will be waived.”

ZPSC also wants five marla plots to BPL families as per the promise of Congress government and work under MGNREGA on a regular basis.

Meanwhile, few other Dalit unions will also be staging protest in Patiala from August 9-11.

While the main demand during the August 9-11 protest will be repeal of farm laws, ZPSC has not kept this as a demand on their charter. Malaud said, “Farm labourers are landless and hence our demands are for mazdoors first of all. Farm laws issue cannot be discussed on this platform, though we fully support protests against farm laws.”

Meetings are being done by ZPSC members in Sangrur, Patiala, Barnala etc. districts ahead of August 13 protest march towards Moti Mahal.