Protests were brought to a halt when the police detained protesters as the crowd started swelling in Bengaluru’s Mysore Bank Circle on Friday. 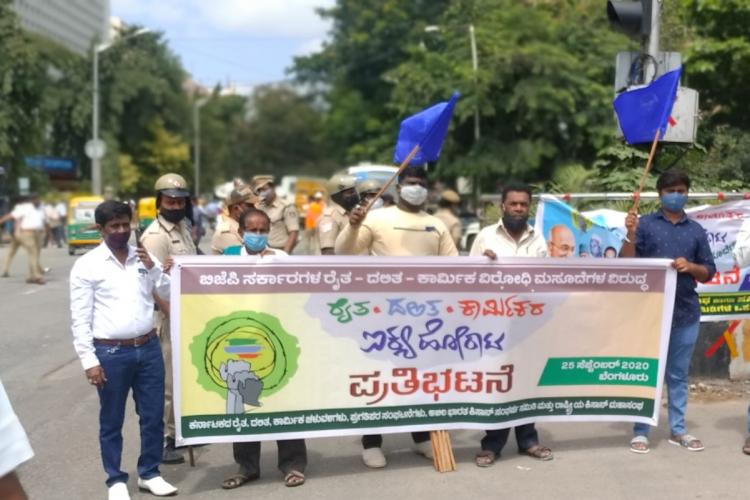 Slogans against the BJP-ruled state and Union governments, for being against farmers and Dalits, rang in the air in Bengaluru’s Mysore Bank Circle. An otherwise busy junction, the traffic at Mysore Bank Circle was almost brought to a standstill on Friday morning as various farmers’ groups, along with Dalit,labour unions and AAP activists, gathered in protest against the contentious Farm Bills passed in the Parliament and the land reforms ordinances tabled in the Karnataka Assembly.

A large posse of police prevented the protesters from taking out a march, restricting their protest to the junction itself. About three separate groups sat at the same spot for the same cause.

These protests were a precursor to the statewide bandh called by the same groups in demand of a complete rollback of these contentious bills. The demonstrations on Friday were brought to a halt after more than an hour when the police started detaining peaceful protesters and took them away in buses.

The state government has tabled the Karnataka Land reforms (Amendment) Ordinance 2020, Karnataka Agricultural Produce Marketing (Regulation and Development) (Amendment) Ordinance, 2020 and Industrial Disputes and certain other laws (Amendment) ordinance 2020. At the same time, the Union government on Sunday had passed the Essential Commodities (Amendment) Bill, the Farmers’ Produce Trade and Commerce (Promotion and Facilitation) Bill, 2020 and the Farmers’ (Empowerment and Protection) Agreement on Price Assurance and Farm Services Bill, 2020 under controversial circumstances.

“We are asking the President of India not to give his assent to these bills. These bills are blatantly anti-farmer as they are going to take away the semblance of some protected marketplace that still exists in this country. In 2012, the same Prime Minister, as the Chief Minister of Gujarat had asked for the MSP (minimum support price) to become a legal entitlement for all farmers in the country. So we are asking the PM now if he’s that confident about these laws being good for farmers, why is he shying away from scrutiny or don’t give a statutory promise of  MSP instead of these laws,” Kavitha Kuruganti, national co-convenor of the Alliance for Sustainable and Holistic Agriculture (ASHA), told TNM. 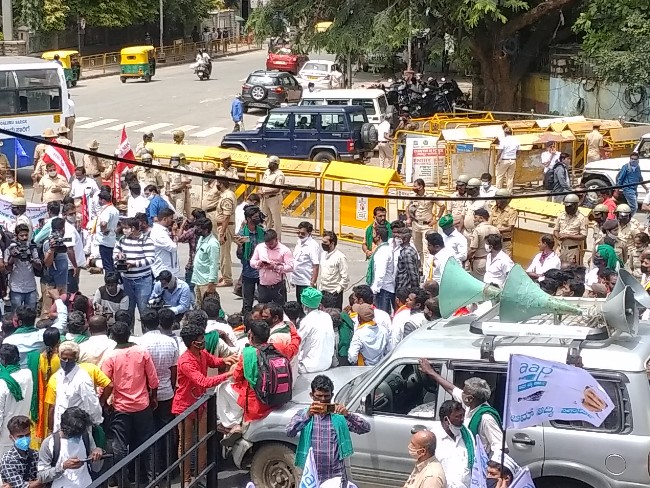 She alleged that there are anti-farmer provisions embedded in all the three laws and that is the reason the government did not want scrutiny from the Select Committee or the Standing Committee.

“Marginalised farmers, who are highly vulnerable and have very small volumes to trade, are being asked to pit themselves against big corporates in the marketplace. The government is saying that prompt payment is the only possible injustice that can happen. In actuality, exploitation of farmers starts from price discovery to getting cheated by middlemen while weighing their produce. Moreover, these laws prohibit farmers from seeking justice in civil courts in case of a dispute. Both the APMC (Agricultural Produce Market Committee) Byepass Bill and the contract farming bill have provisions that bar the civil courts from hearing these disputes, which might arise due to defaults by corporates,” she added. 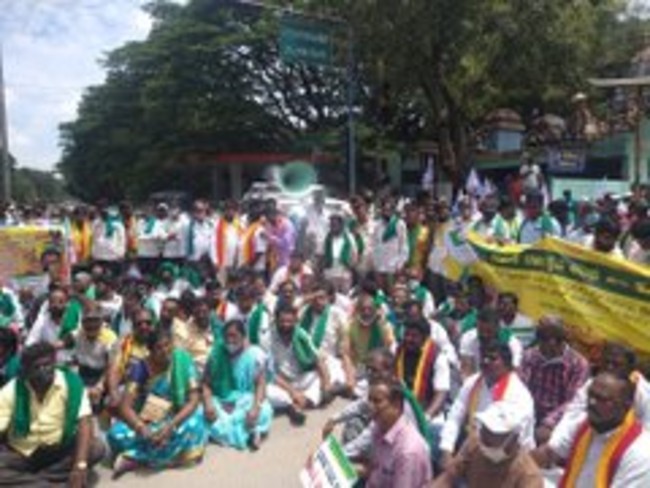 GT Ramaswamy, vice-president of Karnataka Rajya Raitha Sangha (a farmers’ movement), said not only are the Bills anti farmers and Dalits but are also against the general public who have to go to work for their daily food.

According to Ramaswamy, these laws will wipe out all small farm and marginal farmers and they will be forced to resort to the job market. “This is because now the ceiling on farmland ownership for individuals and companies are being diluted and the restrictions on high-income groups to purchase farmland is being done away with,” he said.

While the government says that with the proposed change in the the APMC Bill, farmers can sell their produce anywhere, in reality, small farmers have so many problems with logistics that he cannot even think of going outside his own village to sell his produce, he said.

“Now you tell me, they are saying that corporates will come and give cheques to farmers, but will the government keep them in check if the cheques bounce?” he asked.

He added, “If these farm laws are so good, why are both the state and Union government so afraid to debate the Bills with the Opposition or consult with farmers like us. Without the Essential Commodities Act, how will the government prevent artificial scarcity and price rises for the general public? So these laws are not only anti-farmer but also every working-class person.”