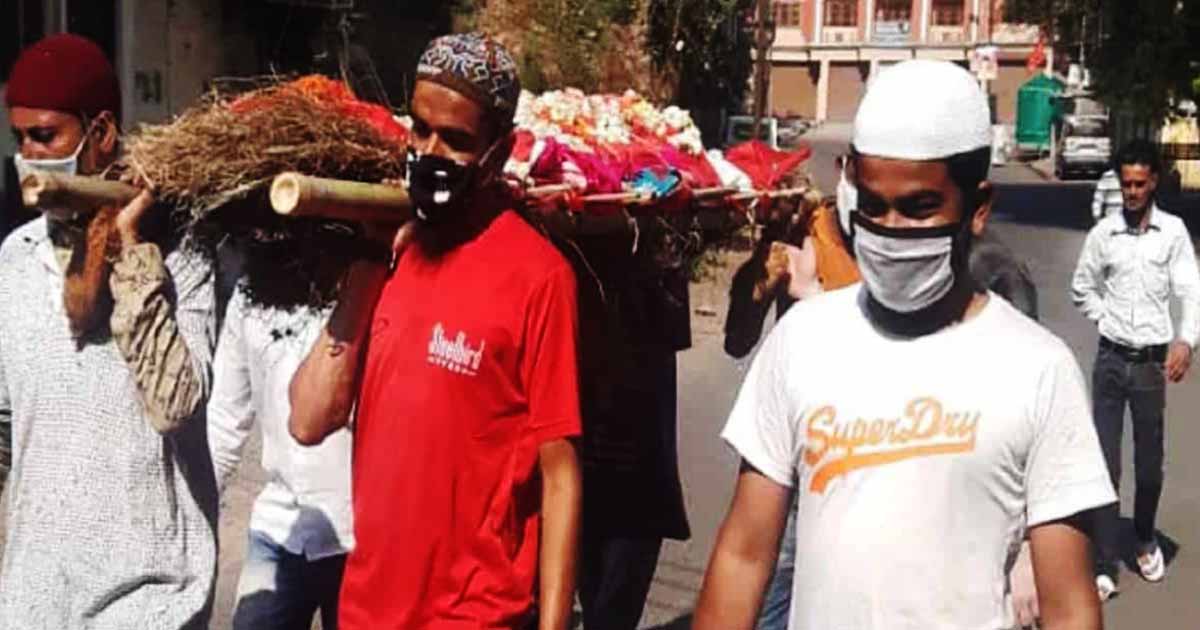 Lucknow: A group of Muslim men have been performing the last rites of Covid-19 victims, both Hindus and Muslims while fasting during the holy month of Ramadan, The Times of India reported.

Imdad Imam 33 and his team of 22 men have till now helped cremate seven Hindus and bury 30 Muslim Covid victims.

The men are between 30-35 years, and the active ones are Mehdi Raza, Kazim Abbas, Ashir Agha, Ahsan Nazir and Meraj Husain.

They have been doing selfless service despite facing discomfort due to wearing PPE kits and the potential risk of getting infected.

”Sometimes, it becomes difficult because there is no ventilation in PPE kits and we start feeling suffocated. One of us collapsed today, but got up to continue work,” said Imam when asked whether the work was difficult during Ramzan.

”Most either did not have a family, or their kin were not in town. In few cases, the family members were themselves ill, while in one case we were informed of a body by neighbours,” said Imam, who started ensuring dignified last rites with his Covid-19 Tadfeen (burial) Committee last year.

On April 21, they got a call from Bharat Nagar on Sitapur road that a woman who lived alone and had Covid had died and the body was lying for three days. The tenants who lived on the floor above said they had not seen her, neither heard any voice for three days and there was a stench.

”There was no family member. So, with the help of a neighbour, we packed the body in a bodysuit and took it to Baikunth Dham and handed it over to Lucknow Municipal Corporation (LMC) employees for cremation,” Imam added.