A separate law for honor killing will be enacted only when the lawmakers accept that caste is the bitter truth of our society. Patriarchy is a truth. The girls are being murdered in the name of honor and this is a bigger and more heinous crime than normal murder. 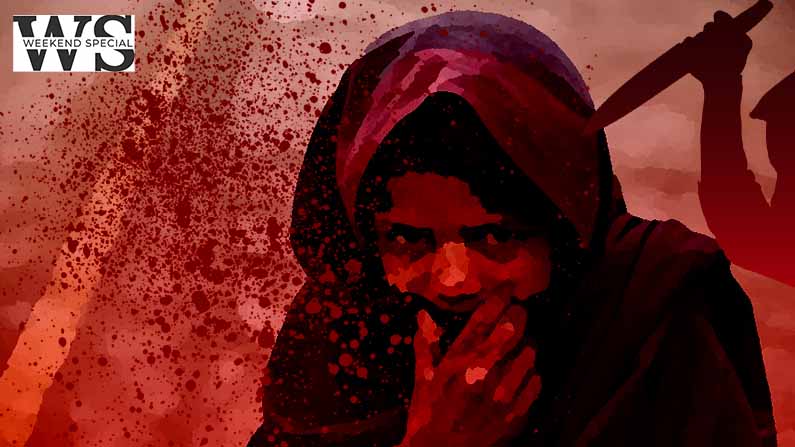 A Tamil series has appeared on Netflix. The name is ‘Pava Kadhaigal’. This means Sin Stories i.e. the stories of sin. The series consists of four short films of 30–30 minutes each. The central theme of the four stories is the same – ‘Honor Killing’. The murder of girls in the name of caste pride, family honor.

The crime of those girls?

That is that he went out of his caste, against the will of the family, married love and paid the price for his life.

I will not say much about that series. Just as the government does not give the data of Honor Killing, similarly if you think that Honor Killing was a thing of the past, that the caste system has come to an end with India, then these stories will give you a happy dream of that beautiful India for a while. Shake it for Nothing much, just a little confusion, little heart.

Mainpuri city of Uttar Pradesh. Arjun was a boy from Chandni and Pratapgarh was living there. Both used to love each other. They had an 8 year old relationship. If Chandni’s family did not agree to this relationship, then she married Arjun alone and moved to Delhi to live with him. Later, the family called Chandni home, expressing that they would accept this relationship. His call stopped after he went home. Arjun got suspicious. He complained to the police. When the police reached Mainpuri, strictly questioned the brothers, it was found that Moonlight’s body was buried in their field. 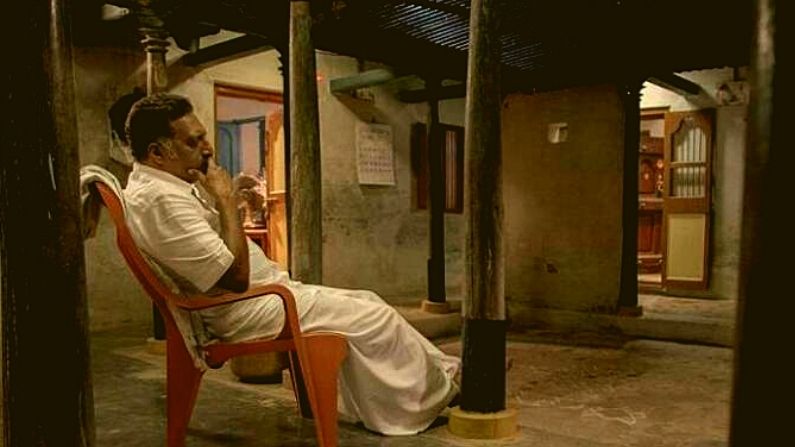 In the courtyard-field where the sister grew up playing, she killed and buried her in the same field. It was a case of honor killing. The boy was from a lower caste. The girl was respected at home. Ijjat was buried in the ground. Respect for the house remained at home.

Another news came with this incident. It is a matter of 29th of last month. In Chandauli, UP, 21-year-old Preeti got married to 24-year-old Ankit. Both of them were from the same caste. Both were Yadavs. But this relationship was not acceptable to the family members of Preeti. After both of them married the court, they brought Preeti to her house saying that they will now get married in a formal way. Preeti also came happily thinking that her father’s thinking has changed. But what did she know that she is not going to the father’s house, she is going to die.

There are so many stories where family members kill their daughter in the name of caste, religion and home honor and bury them in the courtyard of their own house and grow basil on it.

How concerned our government is with regard to these killings in the name of honor can be gauged from the fact that the government does not have any data of honor killing. The National Crime Records Bureau last gave Honor Killing figures in 2016. In the subsequent survey, this category was removed. 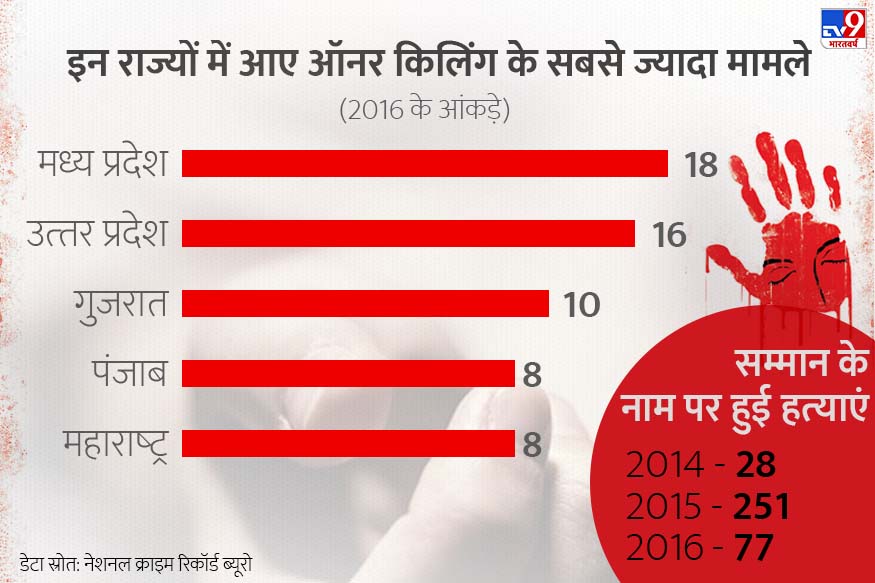 The last data of NCRB is for 2017, which was released in 2019, no data of honor killing has been given in it. Instead, he added a new category, killing in the name of love. But the shocking thing was that most of the deaths in this country were taking place in the name of love. In comparison to 2001, the number of deaths in personal enmity, property dispute etc. decreased by 21%, but in the name of love, there was a 28% increase.

The NCRB’s last honor killing data released in 2016 shows a frightening picture of this country. In 2016, 77 cases of honor killing were reported across the country. A year earlier in 2015, 251 people were killed in the name of Honor. Uttar Pradesh, Punjab and Haryana are at the forefront of honor killing.

This is a matter of government data, which has not come for the last 4 years. Non-official figures are saying something else. Statistics from the Honor Violence Awareness Network, an NGO, say that there are 1000 honor killing incidents in India every year, of which 900 occur in Uttar Pradesh, Punjab and Haryana alone.

The report of ‘Evidence’, an NGO working in South India, states that 195 incidents of honor killing occurred in Tamil Nadu in 2019 alone, of which not a single NCRB figure is recorded. 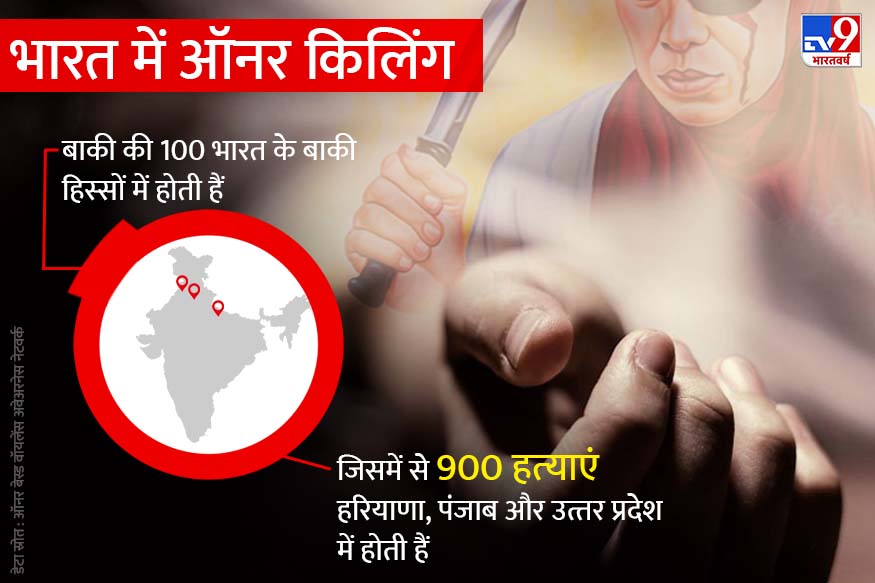 This is the incident of November this year. In Nagapattinam, Tamil Nadu, a 17-year-old girl was burnt alive by her family members because she was in love with a Dalit boy. 21 days after this incident, 21-year-old Namibirajan’s head was found on the railway track of Tirunelveli. Namibirajan’s in-laws were not happy that his daughter married him against the wishes of the family.

In October this year, a father in Shahjahanpur, Uttar Pradesh, along with his son, killed his 14-year-old daughter because she had become pregnant. People came to know when after several days his corpse was found in a drain in a remote village.

1- How many cases of Honor killing reached the court door?
2- In how many cases the culprits were punished?
3- In this case, the Supreme Court of the states and the Supreme Court of the country found the parents of the girl guilty of killing her daughter and gave them life imprisonment or similar severe punishment.
4- How many parents had to spend the rest of their life in jail for their child’s murder.

The case of Manoj and Babli of Haryana was the first case of honor killing in this country, in which the court sentenced to death and the court ruled against the Khap Panchayat. Apart from this, the status of Indian law in honor killing cases is not very encouraging.

Actually the problem is that the law does not see Honor Killing as a more serious crime than Killing. There is no separate section on honor killing in the sections of the Indian Penal Code. In the murder done in the name of honor, section 300 of the IPC applicable in other killings also applies.

Social organizations have been demanding for a long time that honor killing is a far more serious crime than normal murder. It is not a murder committed in personal enmity or in any spirit. A complete social support system stands behind this. People collectively commit such assassinations and also support each other in such action of murder.

In 91 percent of the cases of honor killing, the victims of murder are girls. There are also 9 percent cases where boys are also killed in the name of honor.

With the seriousness and sensitivity in the films of South India, Maharashtra, the question of honor killing has been raised, it is not seen in Hindi cinema, whereas in Hindi Pradesh, this problem is more serious than the rest of the country.

In 2012, the State Law Commission of Tamil Nadu had proposed a bill that highlighted in detail the legal framework other than the provisions of section 300 in cases of honor killing. In this, legal aid was also given in detail about legal aid to the couples, making them aware about the law, their safety and counseling etc. But at that time, no MP even bothered to talk about this bill in Parliament. 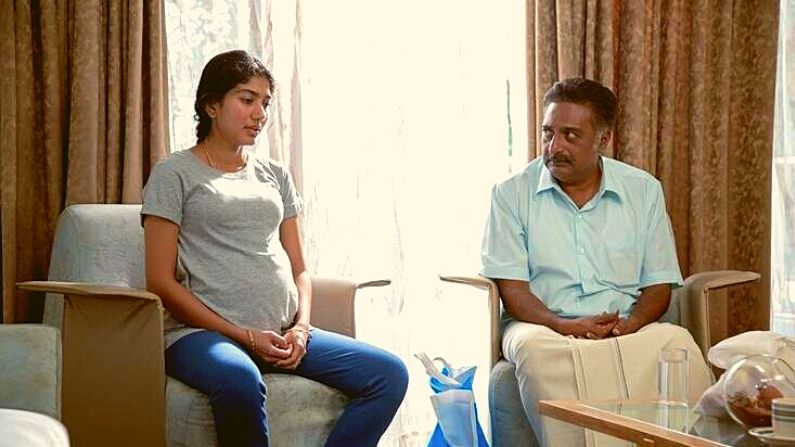 In 2019, when Thol Thirumavalavan, MP from Tamil Nadu, wanted to know the status of this bill in the Lok Sabha, the Minister of State Nityananda Rai cited NCRB saying that there are more cases of honor killing in our country, then what is the law of separate needed. The current streams of IPC are enough.

Such an attempt by the Law Commission took place in that state of the country, where the number of honor killings is much lower than in North India. The Hindi states did not even make any such attempt.

Are sections 300, 301 and 302 of IPC really enough to judge in cases of honor killing? “Not at all,” says Supreme Court lawyer Pioti Swatija. Therefore, for a long time there has been a demand that the killings in the name of honor of the house should not be seen as a normal murder. These are the killings done with a particular masculine thought and intention. “

“The government is not taking any necessary steps for this,” says Pyoli, but the court too did not make any effort to change the law by taking suo motu cognizance on its behalf. As we have seen earlier from Visakha Guidelines to ITI, where there was direct intervention of the court. “

Does the judicial system also have a biased attitude towards gender? Does the court not take seriously the need to tighten the laws related to women? Pioli holds the same patriarchal thinking of our society responsible for this. She says, “Of course, prejudice about gender is everywhere. The judges also come from this society. There is a dire need for gender sensitization in the judiciary too, which is not happening right now. As long as we do not accept that there is a weak and secondary status of women in society, then justice cannot be done to women. ” 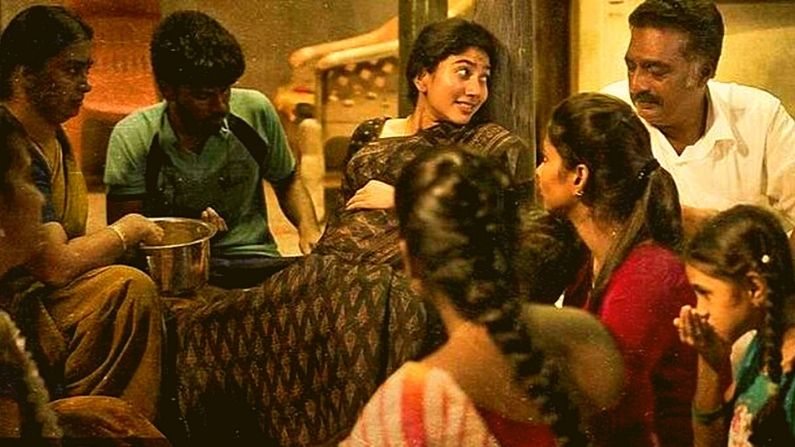 Now if you understand Indian social structure broadly, then you will be able to understand that running away from someone’s house means that there is no acceptance in the family for their love. Those who run away from home and get married are often at risk of being killed. Although the laws of various states provide for the protection of such loving couples, the cultural training of the police is such that they believe in the law of their caste and community more than the law of India.

The law will be made only when the law makers accept that caste is the bitter truth of our society. Patriarchy is a truth. The idea of ​​home honor is not just an idea, it is a reality and its burden is on the shoulders of the girls and women of the house. The woman’s body is the personal property of the man.