Dalits who converted to Islam and Christianity continue to be outside the fold of affirmative action benefits. This needs to change. 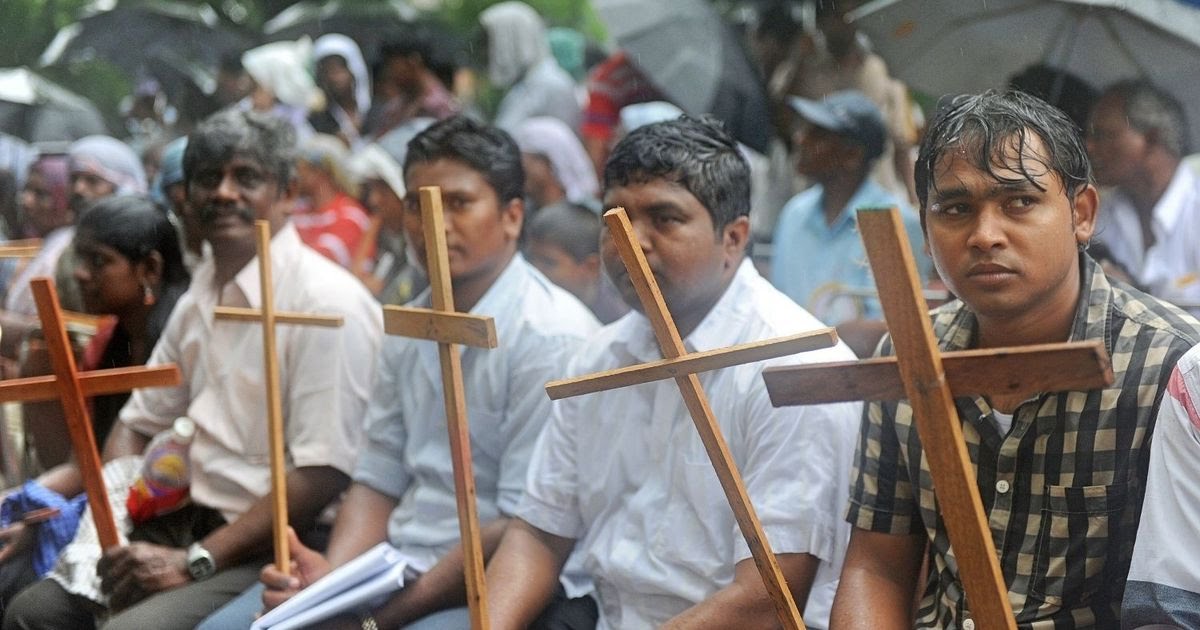 This month marks 70 years from the passing of the Constitution (Scheduled Castes) Order, 1950, which aimed at ensuring that Dalit communities would be able to fully enjoy the fundamental freedom and rights protected under the Constitution of India. However, Paragraph 3 of the 1950 Presidential Order prevents Dalits communities from exercising one of the most basic of human rights, the right to freedom of conscience and belief.

The 1950 Presidential Order identifies the caste communities who have experienced extreme social, educational and economic backwardness arising out of the traditional practice of untouchability. These castes are also referred to as Scheduled Castes or Dalits.

These Dalit communities were singled out for deserving affirmative action benefits under various government policies, including education and jobs. Dalit communities also have special protections under the Scheduled Caste and Scheduled Tribe (Prevention of Atrocities) Act, 1989 and political reservation in various forums. 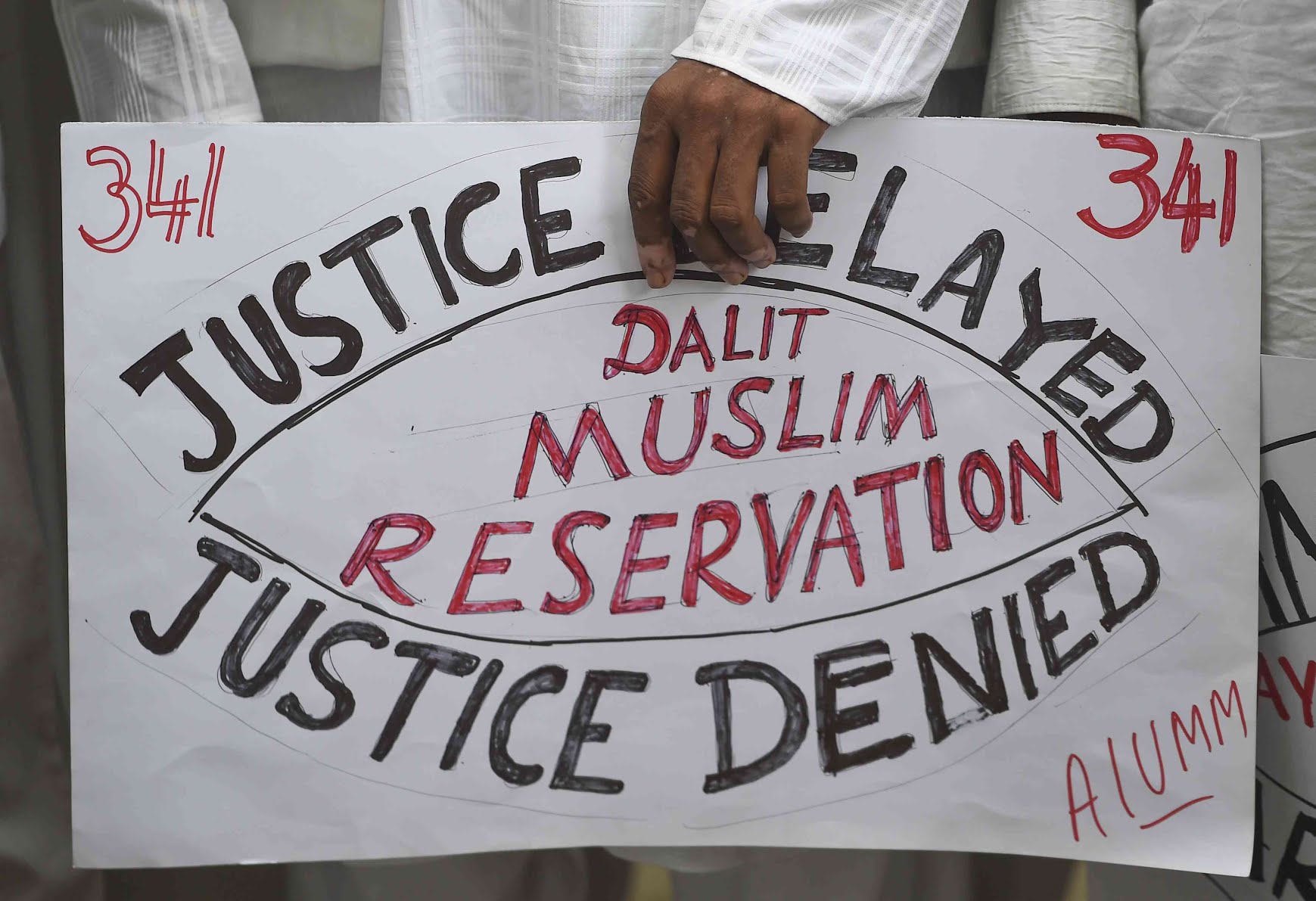 The rationale seems to be that Islam and Christianity are more egalitarian religions and therefore a Dalit would not face the same discrimination in their new found faith. Sadly, however, Dalits converting to Islam and Christianity found that their “Dalitness” clung to them and followed them, even after their religious conversion.

In May 2018, Kevin Joseph, a Dalit Christian youth, was murdered by his wife’s relatives in Kerala. His only crime was that he had dared to love and marry an upper caste woman. Principal sessions court judge C Jayachandran noted in the judgment that the motive of the murder was caste prejudice. Sadly, this was but one of many incidents.

In the 1992 landmark judgment of Indra Sawhney and Others v Union of India and Others, the Supreme Court noted:

“Though Christianity does not acknowledge caste system, the evils of caste system in some States are as prevalent as in Hindu society especially among the converts. In Andhra Pradesh, there are Harijan Christians, Reddy Christians, Kamma Christians etc. Similarly, in Tamil Nadu, there are Pillai Christians, Marvar Christians, Nadar Christians and Harijan Christians etc. That is to say all the converts to Christianity have not divested or set off themselves from their caste labels and crossed the caste barrier but carry with them the banners of their caste labels. Like Hindus, they interact and have their familial relationship and marital alliances only within the converted caste groups.”

In a petition before the Supreme Court of India, the National Council of Churches in India and the Catholic Bishops’ Conference of India, two apex bodies in India, together representing over 20 million Christians, have expressed their deep dismay at how the Church in India continues to struggle with caste practices.

But even more pertinent is that Dalit Christians do not live in isolation. While they may interact with other Christians on Sunday mornings, their weekdays are filled with social interactions with all sections of society. Their names still betray their caste. They are marked as Christians and as Dalits.

The Mandal Commission Report noted the stronghold that caste has in the lives of non-Hindus and held that, “non-Hindu minorities living in pre-dominantly Hindu India could not escape from its dominant social and cultural influences. Thus, both from within and without, caste amongst non-Hindu communities received continuous sustenance and stimulus.”

The National Commission for Religious and Linguistic Minorities under the chairmanship of Justice Ranganath Misra also noted in its report submitted to the Government of India in 2007 that, “caste is in fact a social phenomenon shared by almost all Indian communities irrespective of their religious persuasions. Many of the particular castes are found simultaneously in various religious communities, equally facing problems of social degradation and mistreatment both by their co-religionists and the others.”

This stranglehold continues because the entire premise of the caste system is not about how individuals views themselves, but rather how the society views the person. The prejudice and bias against them are based on the traditional work undertaken by them or due to their birth into a particular family. The caste system is deeply entrenched into the Indian mind, governing many areas of social interaction.

This results in double vulnerability for Dalit Christians without the protection of the law. According to MapViolence, a violence tracking website, Dalit Christians have reported frequent social boycotts and violence on account of their caste and faith identity.

In fact, so acute is the problem that the National Commission to Review the Working of the Constitution observed in 2002: “In view of the fact that in some parts of the country particularly in the south converts to Christianity from specific SCs are subjected to crimes and atrocities as their exact Hindu counterparts are (difference of religion making no difference in this regard)”. The commission recommended that the Scheduled Castes and the Scheduled Tribes (Prevention of Atrocities) Act, 1989 be amended to include “converts to Christianity from Scheduled Castes” to ensure that Christians are equally protected under the law. The Act was never amended.

This lack of protection and loss of benefits is a heavy price to pay to exercise the most basic of freedoms – the freedom of conscience and the freedom to follow the religion of one’s choice.

Dalit communities were for centuries told that they had no agency, they could not make the most fundamental decisions freely about where they work, who they marry and how they worship. They were denied entry into homes, schools and places of worship. They continue to be abused and targeted even to this day. Dalits have been killed for daring to ride a horse to their wedding, for entering a temple and for daring to fall in love with an “upper caste”.

Paragraph 3 of the 1950 Presidential Order in an insidious manner works in the same way. It penalises Dalits for choosing a religion or rejecting a faith tradition. It forces the Dalit to continue to operate in a religious tradition by failing to allow them the ability to make a free choice. It is unjust to be forced to choose between one’s religious beliefs on the one hand and protections and special benefits under the law on the other hand. The state should never force any person to compromise on their religious belief. This is a clear violation of the protections under the Constitution of India and numerous international conventions.

Religious conversions are an act of human agency. The ability to change one’s religious beliefs or to express one’s deeply held belief lie at the core of what it means to be human. Dr BR Ambedkar’s conversion to Buddhism was as much a political act as an expression of his religious beliefs.

We can no longer deny Dalits their freedom of religion and penalise them for choosing a particular religious tradition. The government of India must adopt the recommendations of the National Commission to Review the Working of the Constitution to “completely de-link the Scheduled Caste status from religion and make the Scheduled Castes net fully religion-neutral like that of the Scheduled Tribes.”