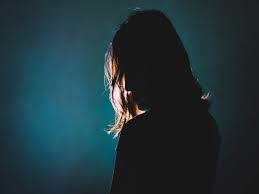 A Dalit girl was kidnapped and gang-raped from near her house in Mauaima area. He was threatened with death while instructing not to complain. Police have registered a case against three accused.
A woman resident of Chhath Kali village of Mauaima police station area alleges that on November 17, she was abducted in a Bolero vehicle from outside her house. It is alleged that Umbrella residents Ravi Jaiswal, Diwakar Mishra and Vikas reached the rebel village of Mauaima police station area with him. Here in the forest, all three misbehaved with him in turn. When he resisted, he was beaten up. While leaving, the accused threatened to kill him if he complained somewhere. On the complaint of this effect, the police have registered a case against the three accused under various sections including misconduct, assault, abusing, threatening to kill and SC ST Act. According to Inspector Suresh Singh, in-charge of the police station, a case has been registered on the complaint of the woman. Action will be taken on the basis of evidence and trial.
Note: This news piece was originally published in hindustan.com and used purely for non-profit/non-commercial purposes exclusively for Human Rights objectives
Share
Facebook Twitter Pinterest Linkedin