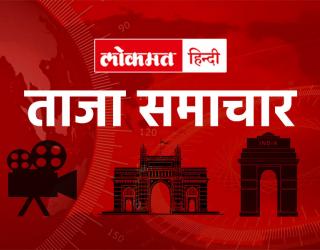 Kanpur / Lucknow (UP), November 15: A six-year-old Dalit girl was killed for allegedly black magic and tantra-mantra on the night of Diwali in Ghatampur area of ​​Kanpur district.

Chief Minister Yogi Adityanath expressed condolences on the incident and directed the girl’s family to provide assistance of five lakh rupees and said that the state government will get the criminals punished as soon as possible after getting the case heard in the fast track court.

Deputy Inspector General of Police (DIG) Dr Preetinder Singh said on Sunday that a family of Bhadras village of Ghatampur Kotwali area was preparing to worship Deepawali on Saturday when their six-year-old daughter suddenly went missing.

He said that when the family could not see the daughter, her search began and the villagers passing by the temple on Sunday morning saw the child’s body.

Another officer said the bruises on the girl’s body showed that she was killed with a sharp weapon.

He said that the girl’s hands and feet were colored and her luggage, including a chappal and clothes, were also recovered from the tree.

Superintendent of Police (Rural) Brijesh Srivastava informed that a case is being registered in this regard in relevant sections.

With reference to the killing of the girl for Tantra-Mantra, the DIG said that the help of forensic experts and investigative dogs is being taken to gather scientific evidence to confirm this.

He informed that the body has been sent for postmortem and a team of doctors will do the postmortem and videography of the entire procedure will also be done. He said that doctors have also been asked to find out the exact cause of death.

Singh said that in this case three people have been detained on the basis of suspicion and they are being questioned.

Chief Minister Yogi Adityanath has instructed to take strictest action against the culprits in the incident of killing the girl child.

A spokesman of the state government said that the Chief Minister expressed deep condolences to the bereaved families and directed them to provide financial assistance of Rs five lakh.

Yogi has said that the state government will get the criminals punished as soon as possible by having the case heard in the fast track court.

Disclaimer: Lokmat Hindi has not edited this news. This news has been published from PTI-language feed.