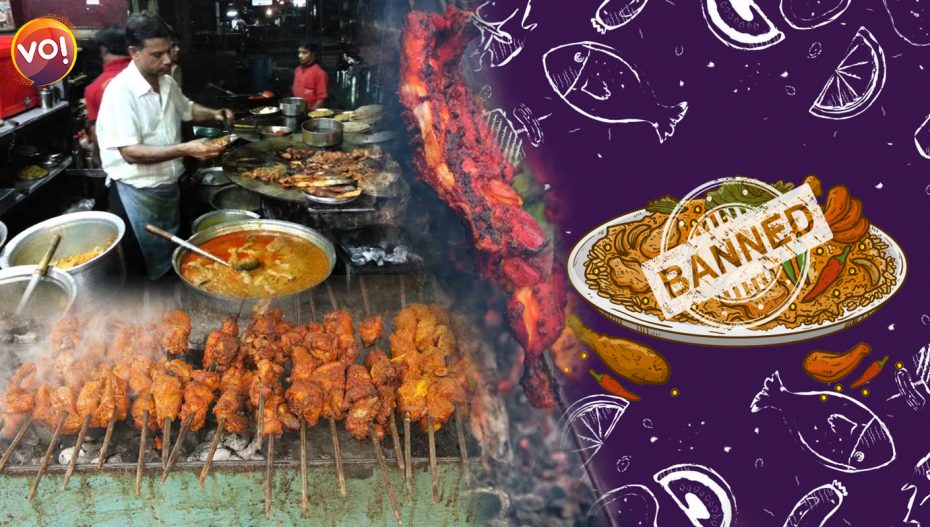 The stench of the Gujarat BJP administration’s targeted drive against vendors of non-vegetarian is following a trail. After Junagadh, Rajkot and Vadodara; it reached Ahmedabad. The drive against sellers of meat-based food reportedly began in BJP-ruled civic bodies such as Rajkot, with the municipal corporation issuing an informal order removing carts selling non-veg and egg-based items.

Following the trail Jainik Vakil, Chairman of the Revenue Committee of the Ahmedabad Municipal Corporation, recently wrote to the civic body chief requesting him to remove all “illegal non-veg stalls”.

When Vibes of India contacted Jainik Vakil of AMC, he said “For two specific reasons we have taken the step to stop non-veg laaris on the road: first, it is unhygienic. Second, it hurts cultural sentiments of people who find it gross to look at animals being slaughtered and served on a plate. We are not against any caste, sex, religion or creed; it’s a personal choice to eat whatever one wishes but one person’s choice shouldn’t harm others, right?

When asked what is the substitute for non-veg vendors; he said “We are still in the policymaking process on what next to be done with the nonveg vendors once they are off the roads. But we are campaigning to clean Ahmedabad and upnext we want to spread it to the whole of Gujarat. Such a hygiene drive, a Swachhta abhiyan  is needed to uphold Gujarat ni Ashmita ane Karnavati malakh ni sanskruti.” Vakil added.

Non-veg food should be kept covered

The move by the civic bodies of Rajkot, Vadodara and Junagadh found support in Gujarat Revenue Minister Rajendra Trivedi who said that such businesses were indulging in “land grabbing, even though of a temporary kind”.

He lauded the three civic bodies for the decision and said that such kinds of eateries not only play with the sentiments of some people but they also cause discomfort for the commuters.

“This is not a caste or religion issue. Religion is immaterial. Whoever is selling such kind of dishes should buy a shop and do the business over there,” he said.

He further stated that one cannot come anywhere and start selling things. He suggested that strict action should be taken against such stalls.

The anti-meat drive began when the Rajkot municipal corporation on November 9 issued a non-written circular to prevent the sale and preparation of non-vegetarian food in the open. This was followed by the Vadodara Municipal Corporation and now Junagadh authorities have also issued the same.

The Rajkot municipal corporation claimed that these eateries were creating traffic nuisance and the vendors should operate from the hawking zones only. Mayor Pradeep Dave said he had launched the drive following several complaints. He has also reportedly had multiple meetings with the non-vegetarian street vendors and asked them to relocate away from the main roads in the city.

Dave further said that, so far, 30 carts have been seized. Following the complaints of the residents, they are removing carts from at least two roads every day. He further informed that the vendors selling egg and non-veg dishes may take their carts in the outskirt areas, far from the residential areas. They must make sure that there are no religious places around, he said.

Meanwhile, Hitendra Patel, chairman of the Vadodara municipal corporation’s standing committee said that they have received several representations claiming that the non-veg eateries were hurting religious sentiments. He further said that non-veg food should be kept covered as it creates health hazards.

“The vendors are being asked to ensure that they do not hang or display non-vegetarian food in their stalls or carts. They will have to keep it covered to maintain hygiene and sentiments of those who don’t eat non-vegetarian food,” said Patel.

However, he stated that a survey will be conducted and suggestions will be taken from those who are involved in the street food business. A decision regarding the same will be implemented after.

Three out of the eight BJP-ruled civic bodies have maintained that the drive to remove the food trucks and stalls is only to avoid creating hurdles for pedestrians and to avoid traffic jams.