An order by SDM Rajpipla, which has externed Lakhan Musafir from five districts including his home district Narmada for six months, states that he cannot be “considered innocent till his innocence is proved in other recent pending cases”. 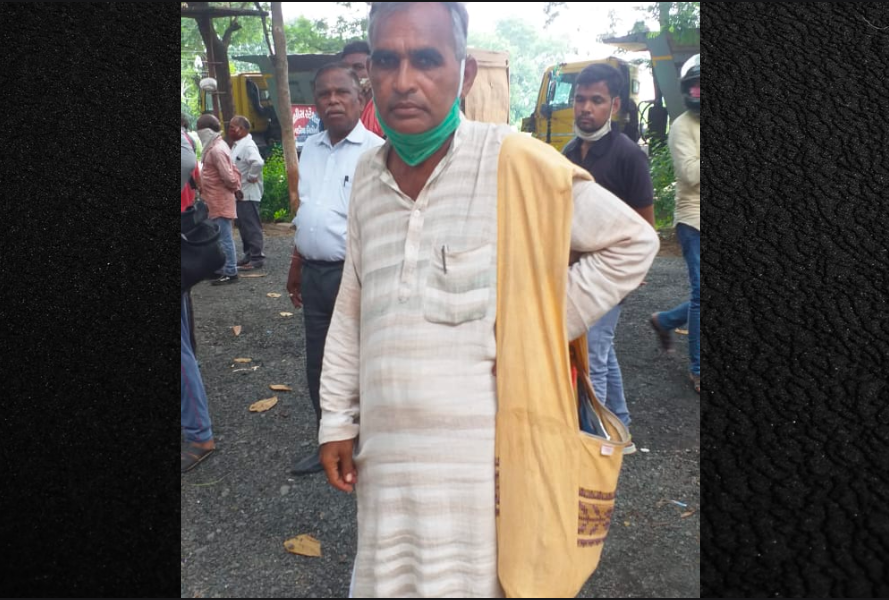 Musafir, a resident of a village in Narmada was served externment notice on March 8 this year under section 56(A) of Gujarat Police Act 1951 though a sub-inspector in Kevadia, Narmada district to extern him from Bharuch, Narmada, Vadodara, Chhota Udepur and Tapi for two years.

Subsequently, the hearings were conducted on March 12, April 9 and July 6 this year amid the pandemic despite the order by the High Court of Gujarat that mandated limited functioning through video conferences.

“Lakhan Musafir had filed his detailed reply on July 13 and the case was pending for the rejoinder by the police authorities. But all of a sudden, the case was concluded and on September 14, the final order was pronounced,” Rohit Prajapati, a Gujarat-based environmental activist told NewsClick.

Notably, the order by the SDM is based on two FIRs against Musafir in 2019 alleging rioting, unlawful assembly, causing hurt to public servants and criminal intimidation. Musafir is also accused of illicit liquor trade in the externment order, although there is no complaint registered against him under the Prohibition Act so far.

The externment order states, “In view of the application submitted by the Superintendent of Police of Narmada District, the accused Lakhan Musafir is dubious person. I know that he does not have any honest means of livelihood and along with his accomplices, is continuously inciting local villagers in Kevadia, around the Statue of Unity as well as Narmada Dam. He along with other anti social elements, is known to organise public gatherings to mislead local people into anti government activities.”

Also watch: A PM Without a Care For Farmers or the Country

The order further states, “Musafir is known for [raising] anti-government slogans and interrupting government works to breach law and order. In several incidents in the past, Musafir and his accomplices have indulged in fights with government officials and with officials of Sardar Sarovar Narmada Nigam Limited (SSNNL) and disrupted peace and law of the area. Musafir has targeted the project Statue of Unity that has earned Kevadia much repute. Owing to the fear Musafir has instilled in people, no villager is willing to stand as a witness against him.”

The two FIRs against Musafir at Kevadia police station date to January and October 2019. The one from January 2019 with charges of leading a mob that resorted to rioting was lodged against Musafir when tribals of the area had protested during Haryana CM Manohar Lal Khattar’s visit for the groundbreaking ceremony of Haryana Bhawan near the Statue of Unity. The matter is pending in the court. The second FIR was lodged against Musafir on October 31, 2019 when PM Narendra Modi was in the area to inaugurate several tourist attractions around the State of Unity and tribals again had protested.

“Lakhan Musafir is not a state body but an individual. He needs time and resources to defend himself against such grave fabricated charges. Musafir provided names of witnesses in his reply, but to get these witnesses to travel to Rajpipla while the state is in the grip of a pandemic is almost impossible. How can the right of a person to defend his case with the help of documents and witnesses be denied?” said Prajapati who has worked with Musafir while protesting against various projects in Narmada district.

Musafir had also cited recommendations from Suresh Chandra Mehta, former Chief Minister of Gujarat, among the other recommendations from five friends. However, SDM of Rajpipla has reportedly stated that two pending FIRs against him are evidence enough for externment. The order also says that since there are pending cases against Musafir, he cannot be considered innocent until his innocence is proved.

“Musafir has been an activist for years and dedicated his life to the empowerment of downtrodden people by helping them access sustainable and organic techniques for farming, encouraging biogas plants and environment-friendly alternatives. He has particularly worked for the rights of the tribal families that were displaced by Gadureshwar Weir and the Statue of Unity,” said Prajapati.

“Situation in Kevadia has changed since the Statue of Unity was built and gradually tourism projects are coming up in the area. Anybody who protests is under the local police’s watch,” said a tribal activist requesting anonymity.

Musafir is not the only activist in Gujarat who was served an externment notice this year. In July, Kalim Siddique, an Ahmedabad-based activist involved in anti-CAA protests in Ahmedabad had received a similar notice.

“I have always been a sympathiser of anyone who loses their land in any part of Gujarat,” says Musafir who has now moved to Mandvi near Surat.

Musafir has to report to Mandvi police every 15 days till the externment period lasts. Hailing from Bhavnagar district, the activist had moved to Mathavadi village in Kevadia in 1986 when tribals were agitating against the land acquisition for Narmada Dam.