A church official has joined a global rights watchdog to call on Bangladeshi authorities to stop harassing the parents of a prominent blogger who has been charged with breaching the controversial Digital Security Act.Asad Noor was charged after supporting a Buddhist monk and a temple against alleged propaganda spread by a politician and Islamic radicals.Noor, a Muslim turned atheist blogger, claimed that plainclothes policemen picked up six family members from his hometown of Amtoly in Barguna district on July 18.“Police raided the house and picked up six family members including my parents. They were taken to Amtoly police station and were released on July 20,” BBC Bangla Service quoted Noor as saying on July 21.   “Police called me through my father and asked me to delete all video posts from my Facebook,” said Noor, now based in India. 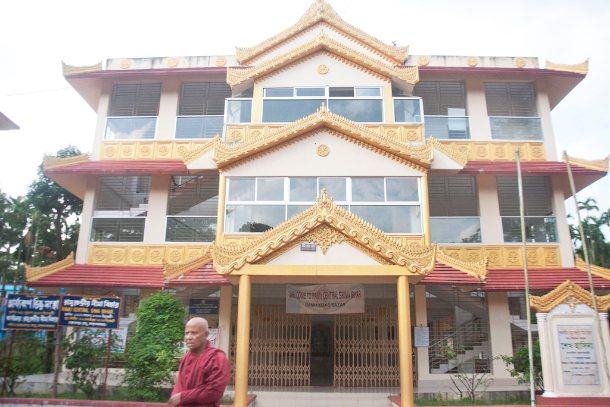 Father Mintu Samuel Boiragi, coordinator of the Justice and Peace Commission in Barishal Diocese, which covers Amtoly, criticized the harassment of Noor’s family.“This is unlawful, illogical and inhuman to harass people who committed no offense. If Noor is an offender, police should arrest him, not his family members. This culture of intimidation and harassment should be stopped,” Father Boiragi told UCA News.The South Asia wing of Amnesty International also condemned the treatment of Noor’s family.“The Bangladeshi authorities must stop the harassment and intimidation of the patents of blogger Asad Noor, who have been targeted because of their son’s human rights activism. Human rights defenders must be able to carry out their important work freely and without fear,” the group said in a July 21 statement.The news about the detention of Noor’s family members enraged Bangladeshi bloggers and online activists at home and abroad. They heavily criticized authorities for what they called “unfair and unlawful” police actions.On July 14, a student leader linked to the ruling Awami League filed a complaint against Noor at Rangunia police station in Chittagong district for allegedly hurting the religious sentiments of local Muslims by video posts on Facebook.In a recent video, Noor said that a fake Facebook ID for a Buddhist monk was created and used for anti-Islam posts recently as a part of a conspiracy to target him and the temple, with an aim to grab the temple property.Noor also alleged that Ershad Mahmud, the younger brother of Information Minister Hasan Mahmud, was involved in a plot to enrage local Islamists to stage daily protests. Shah Alam, head of Amtoli police station, denied allegations of harassment of Noor’s family members.“Police did not harass Noor’s family. In order to cooperate with Rangunia police, we went to his house with an arrest warrant for Noor, but he was not there. Nobody was arrested or picked up,” Alam told UCA News.