The former MP says he will soon file a police complaint, and social media threats are just the tip of the abuse iceberg
Sabrang India 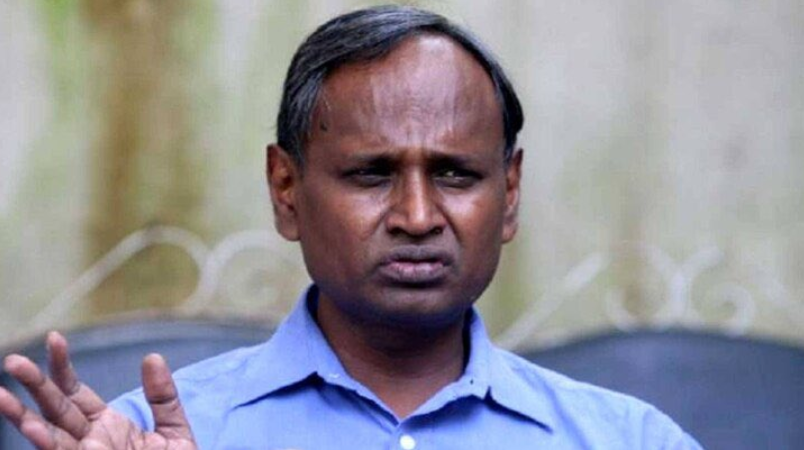 Santosh Ranjan Rai, the former national vice president of Bharatiya Janata Party’s (BJP) youth wing, and a devout Rashtriya Swayamsevak Sangh (RSS) follower, who has the usual “Nationalist |BJP Karyakarta” etc as his Twitter bio and a photo with the Prime Minister as his cover image, has now taken to making racist and casteist comments. His target was Dr. Udit Raj, who was a Member of Parliament (2014-19) when he was in the BJP.

Rai said “if there is a shortage of coal [email protected]_Uditraj Can be used in fuel…” targeting the Dalit leader for the colour of his skin. This vile comment is a prime example of discrimination, racism and casteism.

Udit Raj, who quit BJP and joined the Congress, where he is now a National Spokesperson, is an ex-IRS officer, who quit his government job to devote more time as a Dalit rights activist, and later as a politician. Since he quit BJP, Udit Raj told SabrangIndia in an exclusive interview, he has been a target of many such attacks on social media, and has received threats on a regular basis.

“I have alerted the party and I will also file a complaint with the police,” he says adding “I am the most hated person by the RSS-BJP. You can see a two-year war against me on social media, and even a media boycott.” According to Raj, “Apart from Rahul Gandhi, not many others tweet against Modi and Amit Shah directly. I target them directly.” This he says, riles both the party and the bhakts, and puts him on their “list” of people to vilify. None of the Right-wing goons had dared to target or racially abuse him when he was with BJP He says, “They have conducted Twitter trends against me two three times, they have put up hoardings against me in Narela area.”

Udit Raj alleged that BJP has even instructed the media to boycott him and not to call him for TV debates. He alleged, “ANI has blacklisted me. They said I tweeted against ANI, which I have not. [I feel] Amit Shah has sent a message that I am a hardliner. How much power they [BJP] have, that they can even control who appears on TV from the opposition.”

Social media threats are just the tip of the abuse iceberg says the Dalit leader, who had created ripples when he joined BJP and won a Lok Sabha set in Delhi. “It was due to me and Ram Vilas Paswan that BJP got a lot of Dalit votes. That has been dented after I have left.” He says a verified handle such as Rai is just a sample of the hoards who regularly threaten him and hurl abuses, “I have received so many vile abuses”., he added.

The racist tweet was soon reported by many, including journalists who called it as one that contained “hate, racial discrimination, caste discrimination and desire for death” asking Twitter to “take strict action and his account permanently”.