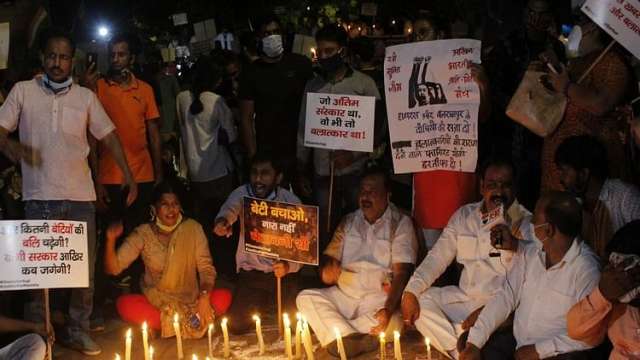 The Supreme Court on Tuesday will hear a PIL seeking a CBI probe or an SIT investigation in the gruesome gang-rape and murder of a 19-year-old Dalit woman in Hathras.

The Supreme Court on Tuesday will hear a PIL seeking a CBI probe or an SIT investigation under a sitting or former Supreme Court or a High Court judge in the gruesome gang-rape and murder of a 19-year-old Dalit woman in Uttar Pradesh’s Hathras district.

A bench, headed by Chief Justice SA Bobde and comprising Justices AS Bopanna and V Ramasubramanian will take up the PIL filed by social activist Satyama Dubey and advocates Vishal Thakre and Rudra Pratap Yadav.

The petitioners have urged the apex court to pass appropriate orders for a fair investigation – either by the CBI or the SIT under a sitting or retired Supreme Court or High Court judge – and transfer the case to Delhi, as Uttar Pradesh authorities had failed to take certain actions against accused persons.

The plea said the victim was first raped and then brutally assaulted when she was in the field to collect fodder for her cattle, and according to a medical report, her tongue was chopped and her neck bone and backbone was also broken by the accused, who belonged to an upper caste.

The victim subsequently succumbed to her injuries at Safdarjung hospital in Delhi.

They also noted that the police had hurriedly cremated the body, and had maintained that the cremation was being carried out as per the wishes of the family, “which is not true” as police personnel themselves lit fire to the pyre, while even media persons had also been banned as per information received.

The plea claimed the police have not performed their duties towards the victim, and were, instead, trying to shield the accused persons. “Because no arrest was made in this matter, the accused persons are moving freely and they have no fear at all.

The family of the victim has been victimised by the upper caste persons and no action has been done by the authorities/police officials,” the plea said.