The CRPF team reached Hathras on Saturday. During this, CRPF Commandant Manmohan Singh also met SP Vineet Jaiswal of the district. Till now the UP police was engaged in the protection of the victim’s family. 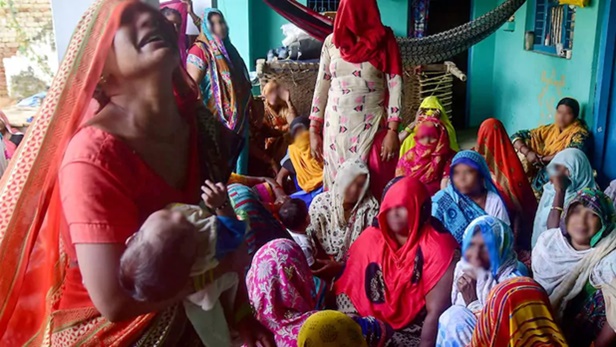 A team of the Central Reserve Police Force (CRPF) reached the Hathras district of UP on Saturday. This team will provide security to the family of 19-year-old Dalit victim. Last month, four upper caste boys were allegedly raped and beaten up by a Dalit girl. The victim died a few days after the rape. Following the order of the Supreme Court, the CRPF team has been deployed to protect the victim’s family.

The CRPF team reached Hathras on Saturday. During this, CRPF Commandant Manmohan Singh also met SP Vineet Jaiswal of the district. It is known that till now the UP police was engaged in the protection of the victim’s family.

Increased security on the order of the Supreme Court

On Tuesday, the Supreme Court had said that all aspects of the Hathras case, including protection of the victim’s family and witnesses, would be looked into by the Allahabad High Court. Chief Justice S.A. Bobde handed over the surveillance of the CBI probe to the Allahabad High Court in the alleged gang rape incident in Hathras.

‘Shifting will be decided later’

BJP asked Hathras but when will Punjab go, Rahul Gandhi gave this answer

On the request of Solicitor General Tushar Mehta, the apex court has requested the Allahabad High Court to delete the details of the victim and her family as recorded in the order. The top order of the court has come on the plea of ​​a social worker, who demanded monitoring of the CBI investigation in the Hathras case.

‘Fairness of state police should not be questioned’

On 15 October, the Director General of Police of Uttar Pradesh welcomed the Supreme Court to appoint any agency for the protection of the family of the Hathras victim, but said that it should not question the fairness of the state police.

Senior advocate Harish Salve, appearing for the DGP, appointed Chief Justice S.A. “This court can depute any agency for the protection of the family,” it said in front of the bench headed by Bobde. We are not against anything. “