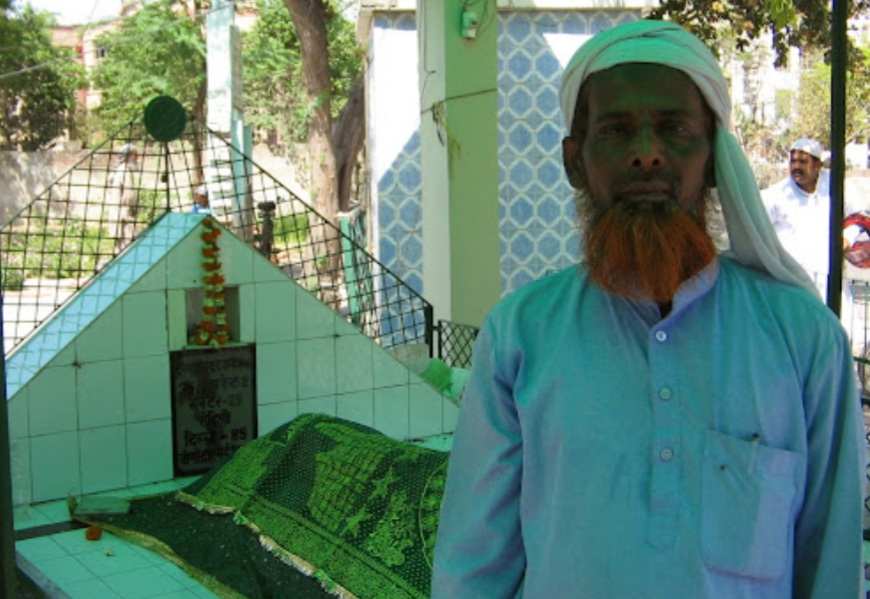 New Delhi: One more hate incident reported from Rohini area of North Delhi. It is reported that a group of Hindutva radicals allegedly attempted to desecrate Dargah Madad Ali Shah situated in Rohini Sector 25 here on Tuesday last week. They forcefully performed Hindu rituals near the premises of Dargah and threatened the Dargah caretaker Aqeel Ahmad with dire consequences if he does  not leave the shrine within ten days. They also threatened to place an idol of Hindu deity inside the dargah.

Taking note of this sacrilege incident, Jamiat Ulama-i-Hind (M) demanded protection of the shrine and action against the perpetrators.  A delegation of JUH met with Deputy Commissioner of Police (Outer Delhi),Rajiv Ranjan Singh at his office and filed a complaint about the incident.

The delegation said a Hindu radical group made attempt to desecrate Dargah Madad Ali Shah by shouting anti- Muslim and religious slogans and  pasting a religious banner there.

“On August 3, 2021, in the evening a group of 60-70 people, according to Darghah caretakers, stormed the Darghah. They performed some religious rituals near dargah premises and shouted “Jai Shri Ram”. A few minutes later they threatened Darghah’s caretakers and gave them an ultimatum that if they did not leave the place within ten days they would have to face dire consequences and they would come after ten days and put the idol inside the dargah complex.

The people gathered there came under the banner of “The Hindu Sangathan”. Perceiving the threat as real, some people contacted the local police and called them for action. The local police did come and tried to control the situation. Police detained some members of the group and released them after some time.

Muslim people from the locality did not feel safe or satisfy with police action at the local level as some people of the alleged group were found roaming in the nearby places and mobilizing support for what they had said during the event they organized at the dargah.

The delegation apprised the whole incident to the Police officer. He responded by saying that he was aware of the case and visited the place personally. “There is nothing to worry about now, the situation is calm and under control.” He said that preventive measures have been taken and few people have been detained in this case. The DCP assured the delegation that they will not come back. Dargah will not be harmed in any way. If they come they will face stern actions from the police. DCP said that his approach is very clear, nothing will be tolerated which is against the law. The JUH delegation comprises Dr. Azhar Ali, Adv. Mohammad Noorullah, Anwar Hussain, Qari Abdus Sami (Local Jamiat member), Azeem Ahmad (Local), Aqeel Ahmad (Dargha Caretaker)