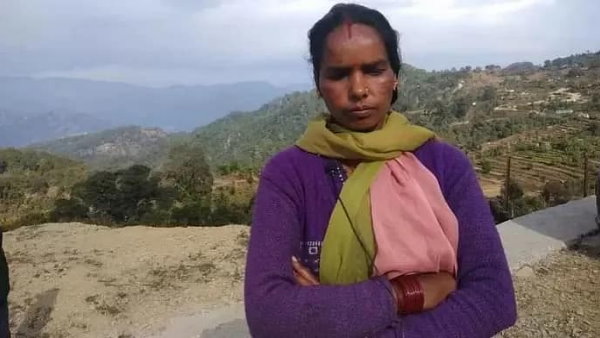 Dehradun, on the one hand, where big claims are made to give equal rights to women and backwards in the society, on the other hand, even in today’s modern era, many women and backwards are falling prey to social orthodoxy. A similar incident has recently come to the fore at Sukhidhang GIC in Champawat district of Uttarakhand. In which general class students refused to eat food in the school after a Dalit woman was appointed as Bhojanmata. However, now the claim is being made to solve the matter. The school management claims that Sunita Devi of SC category will now be the mother of food.

In the meeting of the school management committee and parent-teacher association, Sunita was unanimously appointed as Bhojan Mata. It is claimed that after the winter break, they will start work when the school opens from January 15. After the dispute over the appointment process, Chalthi police has started investigation by registering a case against six including BDC Deepa Joshi and PTA President Narendra Joshi on the charge of saying caste words on Sunita’s Tahrir given earlier.

What is the dispute In the school on October 28, the Principal issued a release for the appointment of new Bhojanmata. On November 25, the parents of the general category proposed the name of Pushpa Bhatt. But SC parents stood in favor of Sunita. On December 4, the principal called a meeting again, in which the parents of the general category did not attend. On this Sunita was appointed as Bhojan Mata. When Sunita started preparing food, the children of the general category refused to eat it. Everyone started bringing tiffin from home. Bhojanmata Sunita Devi had lodged a complaint at Chalthi Chowki accusing her of indecency and caste discrimination during the Bhojanmata controversy. After which a case was registered against six people including Kshetra Panchayat member and school management committee member. Here, a three-member inquiry committee headed by the CEO has submitted the investigation report of the matter to the DM.

The findings of the report have not been made public, but according to sources, no flaws were found in the Bhojanmata appointment process, only the technical process could not be completed. The matter reached Delhit. In Sukhidhang GIC, meeting was held twice for the appointment of second Bhojanmata. In the first meeting held on November 15, 11 applications were received. There was a tussle in the name of Pushpa Bhatt and Sunita Devi. In the second meeting held on December 4, the selection committee selected Sunita Devi for the appointment. In protest, the students of a particular caste did not eat food. In protest, on December 24, the students of other castes refused to eat the food prepared by the already posted upper caste Bhojanmata.

Here in the election year, politics started fiercely on this issue. The political party of Uttarakhand may not have given importance to this matter, but the Delhi government has promised a job to Bhojanmata. After which the politics in Uttarakhand also heated up. Taking cognizance of the controversy regarding the appointment of Bhojanmata in Rainka Sukhidhang, Chief Minister Pushkar Singh Dhami has ordered DIG Dr. Nilesh Anand Bharene to investigate the matter. After this, the police has started the investigation of the case. The police also gathered information about the dispute by going to the school.

Note: This news piece was originally published in oneindia.com and used purely for non-profit/non-commercial purposes exclusively for Human Rights objectives.