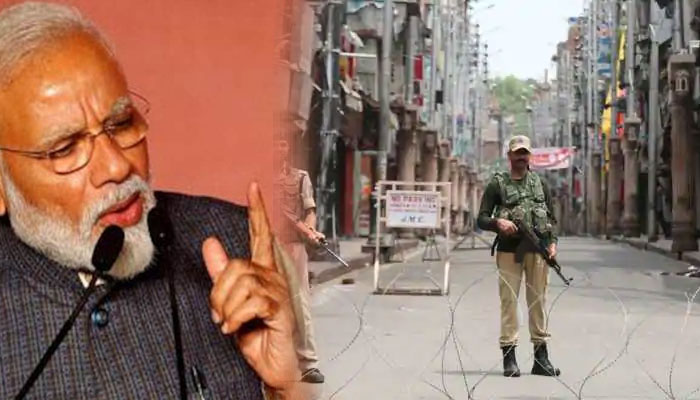 The Government of India Act, 1935 (“Act of 1935”), by section 5, established the Federation of India under the British Crown. Section 311 of the Act defines two terms “British India” and “India”. British India covered about two-thirds of the Indian territory directly administered by the British, while the term “India” also included the remaining one-third territories held by rulers of various self-governed Indian States — some 565 “Princely States” and the tribal areas. The Princely States enjoyed various levels of sovereignty under the British Crown whose paramountcy status as the suzerain they recognized. The relationship between them was set out in various treaties and agreements.

2. Section 6 of the Act of 1935 envisaged that a Princely State could accede to the Federation of India if the Governor-General accepted the “Instrument of Accession” executed by the State’s ruler. No Indian State could be compelled to join the Federation and no terms could be imposed to which the State did not agree.

3. On the status of the Princely States after end of the direct British rule, the Cripps Mission Report of 1942 as well as the Cabinet Mission clearly recognized that the paramountcy powers would not be transferred to any dominion that succeeded the British India.

4. The section 7 of the Indian Independence Act, 1947 stated that the Crown’s suzerainty over the Princely States and all agreements between them shall come to an end. However, any Indian state was at liberty to join either of the two dominions. Therefore, it can be seen that the Princely States came to be more independent even than India and Pakistan, since these two were established as dominions that recognized the British Crown as their suzerain represented by the Governor General.

The Maharaja wanted to remain independent. However, when tribesmen from Pakistan moved into Jammu and Kashmir to liberate it, he sought help from India. In response, India promised help provided that the Maharaja sign an Instrument of Accession which he did.

The contents of the Instrument may be summarized as follows:

(a) The Maharaja was signing the Instrument of Accession, but strictly subject to the terms thereof. (Clause-1).

(b) The Maharaja accepted that the Dominion legislature may make law for the State limited to the subjects of defence, external affairs, communication and related ancillary matters. (Clause-3).

(c) The terms of the Instrument could not be varied by any amendment made in the Government of India Act, 1935 or the Indian Independence, 1947, unless such amendment was accepted by the Maharaja by a supplementary Instrument. (Clause-5).

(e) Nothing in this Instrument shall affect the continuance of his sovereignty in and over this state, or, save as provided by or under this Instrument,. (Clause-8).

India’s Governor-General Lord Mountbatten accepted the Instrument with the remarks that it was his government’s wish that the question of the State’s Accession should be settled by a reference to the people after law and order had been restored in the State.

The Instrument of Accession gave legislative powers to the Indian Parliament as regards only three specific subjects. It did not fetter the discretion of the Maharaja to enter into any arrangements with the Government of India under any future constitution. The State’s own constitution was yet to be framed. In other words, the accession was subject to future arrangements at the discretion of the acceding State.

Article 370 is reproduced below:

“ 370. Notwithstanding anything in this Constitution:

a. the provisions of article 238 shall not apply in relation to the State of Jammu and Kashmir,

b. the power of Parliament to make laws for the said State shall be limited to:

i. those matters in the Union List and the Concurrent List which, in consultation with the Government of the State, are declared by the President to correspond to matters specified in the Instrument of Accession governing the accession of the State to the Dominion of India as the matters with respect to which the Dominion Legislature may make laws for that State; and

ii. such other matters in the said Lists, as, with the concurrence of the Government of the State, the President may by order specify.

Explanation—For the purpose of this article, the Government of the State means the person for the time being recognized by the President as the Maharaja of Jammu and Kashmir acting on the advice of the Council of Ministers for the time being in office under the Maharaja’s Proclamation dated the fifth day of March, 1948;

c. the provisions of article 1 and of this article shall apply in relation to this State;

d. such of the other provisions of this Constitution shall apply in relation to that State subject to such exceptions and modifications as the President may by order specify

i. Provided that no such order which relates to the matters specified in the Instrument of Accession of the State referred to in paragraph (i) of sub-clause (b) shall be issued except in consultation with the Government of the State:

ii. Provided further that no such order which relates to matters other than those referred to in the last preceding proviso shall be issued except with the concurrence of the Government.

3. Notwithstanding anything in the foregoing provisions of the article, the President may, by public notification, declare that this article shall cease to be operative or shall be operative only with such exceptions and modifications and from such date as he may notify:

Provided that the recommendation of the Constituent Assembly of the State referred to in clause (2) shall be necessary before the President Issues such a notification.”

The President of India has “redesigned” article 370, through his order dated August 5, 2019, which reads as under:

“1. This Order may be called the Constitution (Application to Jammu and Kashmir) Order, 2019.

2. All the provisions of the Constitution, as amended from time to time, shall apply in relation to the State of Jammu and Kashmir and the exceptions and modifications subject to which they shall so apply shall be as follows:-

To article 367, there shall be added the following clause, namely:

(4). For the purposes of this Constitution as it applies in relation to the State of Jammu and Kashmir.

(c) References to the Government of the said State shall be construed as including references to the Governor of Jammu and Kashmir acting on the advice of his Council of Ministers; and in proviso to clause (3) of article 370 of this Constitution, the expression “Constituent Assembly of the State referred to in clause (2)” shall read “Legislative Assembly of the State”.”

Clause (3) of the article 370 is very material to the question of legality of the changes that have now been made in Article 370. This clause states that “Notwithstanding anything in the foregoing provisions of this article, the President may, by public notification, declare that this article shall cease to be operative or shall be operative only with such exceptions and modifications and from such date as he may specify”.

“Provided that the recommendations of the Constituent Assembly of the State referred to any clause 2 shall be necessary before the President issues such a notification”.

The choice of three different words “consultation”, “concurrence and “recommendations” in article 370 shows that the makers of the Constitution were very sensitive to the question of the scope of involvement of the people of Kashmir through their representative institutions. Therefore, the meaning of the terms “Government of the State” and “Constituent Assembly” is of utmost importance.

If the nature of an elected government is changed into a non-representative entity, the entire spirit of the concept of government disappears. At the time of making of the amendment, the elected Government of the State had been dismissed. The State was put under Governors rule. The Governor is a nominee and agent of the Indian President.

During Presidential rule, the Union assembly can exercise the powers of a suspended state assembly. No representative institution of the people of the State, neither the Government nor the assembly exists. The “concurrence” of the government under these circumstances would be meaningless. It would not be a concurrence of the people of Jammu and Kashmir, acting through their chosen representatives. Similarly, the Constituent Assembly of the State mentioned in clause 2 of article 370, was the Assembly that had started its deliberations in the year 1950. The Kashmiri Constitution was adopted on 17th November, 1956 and came into force on 26th January, 1957. After that, this assembly had ceased to exist.

One needs to focus specifically on certain clauses of article 370. Sub-clause (b) of article 370(1) relates to the powers of the Parliament to carry out legislation for the State of Jammu and Kashmir, subject to the limitations highlighted earlier.

“The provisions of article 1 and this article shall apply in relation to that State”. The word “this” article in the sub-clause means article 370 itself. Article 1 states that the State of Jammu and Kashmir and Kashmir was a part of the Indian Union.

Sub-clause (d), which dealt with matters relating to the Constitution itself, and not ordinary legislation covered by sub-clause (b)), states as below:

i. Provided that no such order which relates to the matters specified in the Instrument of Accession of the State referred to in paragraph (i) of sub-clause (b) shall be issued except in consultation with the Government of the State:

ii. Provided further that no such order which relates to matters other than those referred to in the last preceding proviso shall be issued except with the concurrence of the Government.”

The most important point to note here is that the power of the President to make order under sub-clause (d) of Article 370(1) is only as regards “other provisions” of the Constitution. When the word “other” is read with the language of the immediately preceding sub-clause (c) (which refers to provisions of article 1 and article 370) it stands out clearly that the “other provisions” could not conceivably include article 1 and article 370.

Therefore, as regards article 1 and 370, there could be no question of making modification with the consultation or concurrence of the Government of the State. The scope of Article 370, itself, could be modified only on the “Recommendations” of the Constituent Assembly of Jammu and Kashmir.

In the present cases, amendments have been made in article 367 of the Constitution, which is the interpretation clause. Theoretically, article 367 would fall within the scope of “other provisions” of the Constitution. However, the interpretation clause could not be changed by making such amendments and introducing new interpretations that the practical complexion of article 370 itself would change. The additions made in Article 367 under the Presidential Order amount to a modification of article 370 itself. This could not have been done without the “Recommendation” of the actual Constituent Assembly. Such an act would constitute, what has been termed by the superior courts as a “fraud on powers”. It is a principle of law that what cannot be done directly cannot be done indirectly.

Since India has annulled the fundamental arrangements provided under the Instrument of Accession in 1947, the presence of India in the territories of Jammu and Kashmir is not the presence of a constitutional government by consent, rather it is the presence of an occupation force.