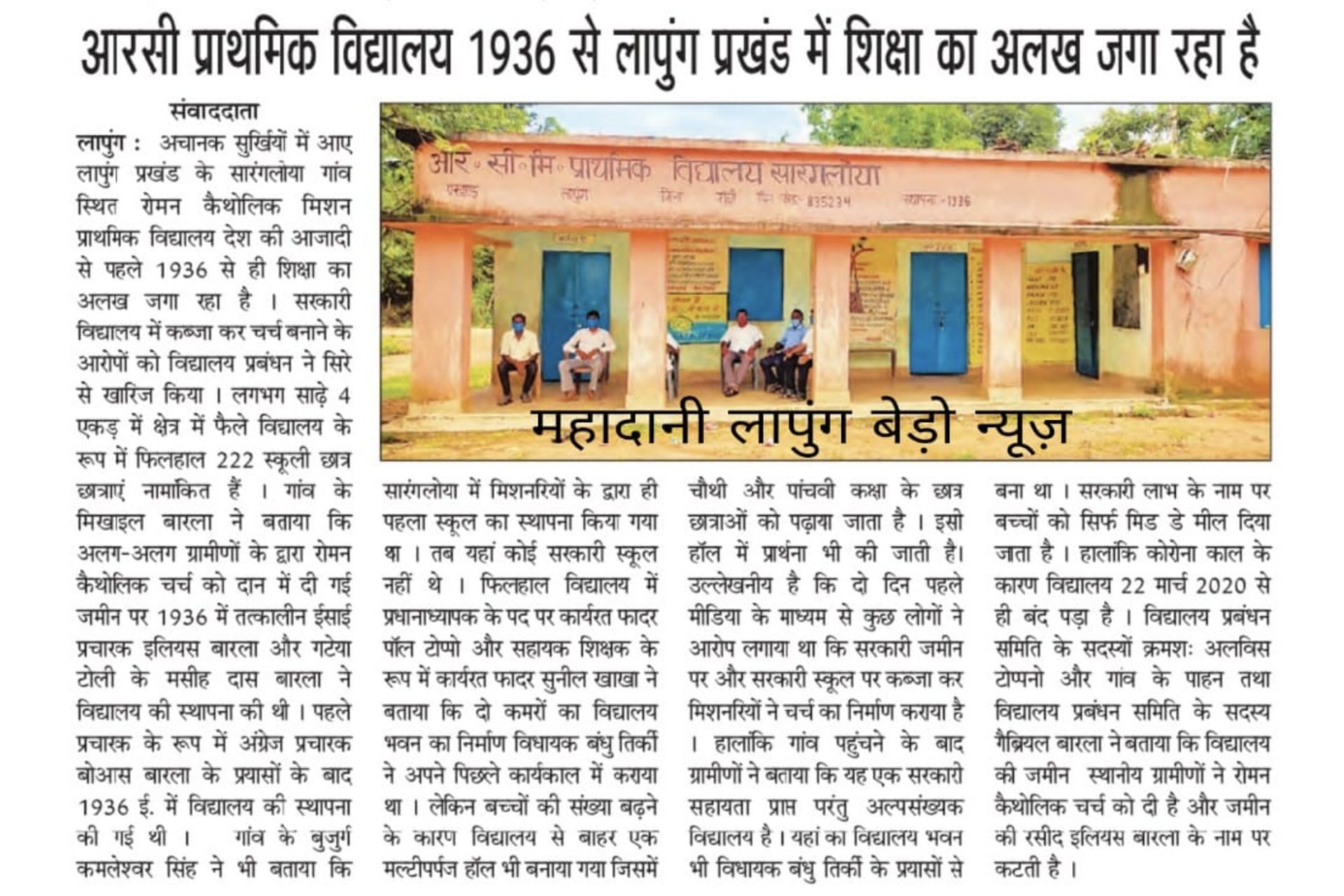 The Catholic bishop of Khunti in the Indian state of Jharkhand condemned what he described as “fake news” about alleged “forced conversion” activities of missionaries in his diocese.

“It is very sad that fake news is circulating about our school,” said Bishop Binay Kandulna of Khunti rejects in an interview with AsiaNews.

“It is very disheartening that false and incorrect information can circulate,” added the prelate.

He was reacting to reports that came out in Jharkhand’s local media that accused the Catholic Mission Primary School in Sarangloya of “forced conversions.”

The educational institution is being run by Claretian missionaries.

“Our religious serve people without discrimination,” said Bishop Kandulna. Everyone is welcome in our schools where we impart quality and a value-based education,” he added.

The prelate said Church institutions and religious missionaries “are at the service of the community without distinction of caste or creed.”

The controversy arose after the missionaries decided to add a multipurpose hall to the school.

Local news channels reported that the school was building a church on government land in the village of Sarangloya.

The bishop said the missionaries had to build the hall because “we only had two classrooms” and “were unable to meet the growing demands of families.”

“The multipurpose hall is used, among other things, for regular lessons,” but “on Sundays it is used as a prayer hall,” he said.

The prelate said “no conversion activities” took place in the institution, saying that about 200 Catholic families live in the area.

The Roman Catholic Primary Mission School was established in 1936 inside a church building.

In 1962, Catholic families bought 35 acres of land and offered it to the Church to build a school, which was later recognized by the government as a privately-owned minority school.