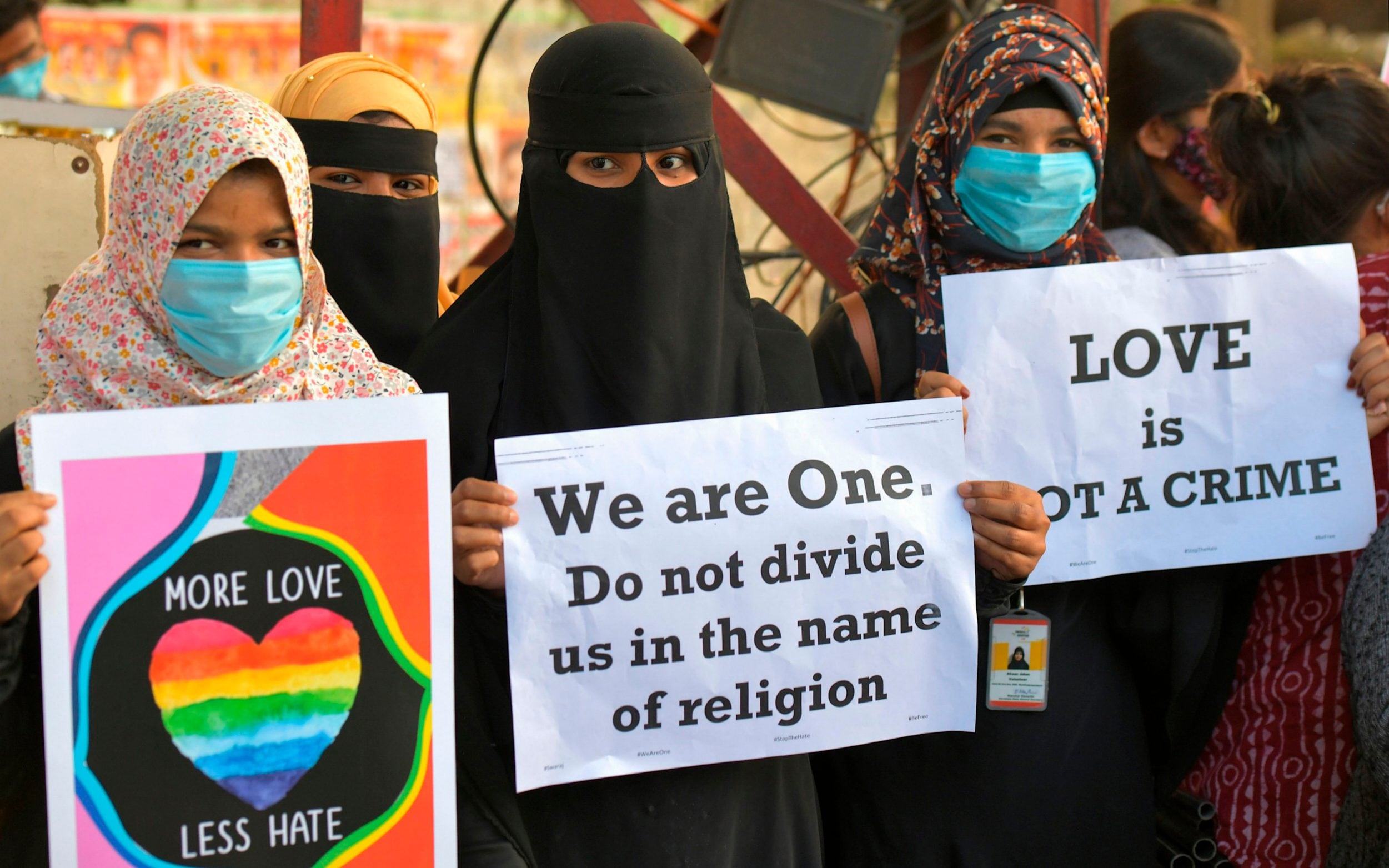 Families say they have been subjected to a campaign of harassment

Nearly 40 Muslim families in the north Indian state of Uttar Pradesh are planning to flee their village after saying they had been subjected to a campaign of harassment by a Hindu nationalist group, one month after laws were passed criminalising marriage between Hindus and Muslims.
On Dec 23, two dozen members of the Bajrang Dal fired bullets at the house of a Muslim shopkeeper in the village of Mavi Meera after he refused to give them free cigarettes.
The shopkeeper and his family did not sustain injuries but members of Mavi Meera’s Muslim minority population immediately decided to leave the village, placing signs on their homes that read: “This house is on sale. We are migrating from this village.”
Sartaj Alam, 25, was the first to flee this week with his family, saying they no longer felt safe. “The Hindu community wants us to vacate the village. They have been attacking us and harassing us for a long time,” he told the Telegraph.
“I left my village with my wife and rented a house in a Muslim-dominated town. Others are also leaving the village.”
Coronavirus News Politics Sport Business Money Opinion Tech Life Style Travel Culture Log in Mavi Meera is home to  approximately 600 families, and tensions between its Hindu and Muslim residents have existed since 2013. But since the “Love
Jihad” laws were passed in November, the Bajrang Dal group has stepped up its regular sermons in the village and described Muslims as outsiders.
“Earlier, there would have been scuffles between the two communities and Hindus would beat us with canes, but now they feel confident to have fired bullets. It is better to leave this village before it turns ugly,” said Mr Alam.
When Muslims approached the local police to register the shootings, some Hindu officers allegedly told them to drop the claims or face charges themselves.
“Our families are waiting for the return of relatives who are working in different parts of India and then we will find a safe place to migrate to from here,” said Arif Malik, a relative of the shopkeeper.
The Uttar Pradesh Police denied they were pressuring the village’s Muslims to drop the charges and said they were investigating the incident when contacted by the Telegraph.
Zakir Ali Tyagi, a leading human rights activist, said the migration of Muslims from Hindu-majority villages in Uttar Pradesh to Muslim towns and cities was increasing.
India has become a “dangerous and violent space for Muslim minorities” ever since the Hindu nationalist BJP scrapped the autonomous status afforded to its then only Muslim-majority state of Jammu and Kashmir in August 2019, according to the 2020 South Asia State of Minorities Report.