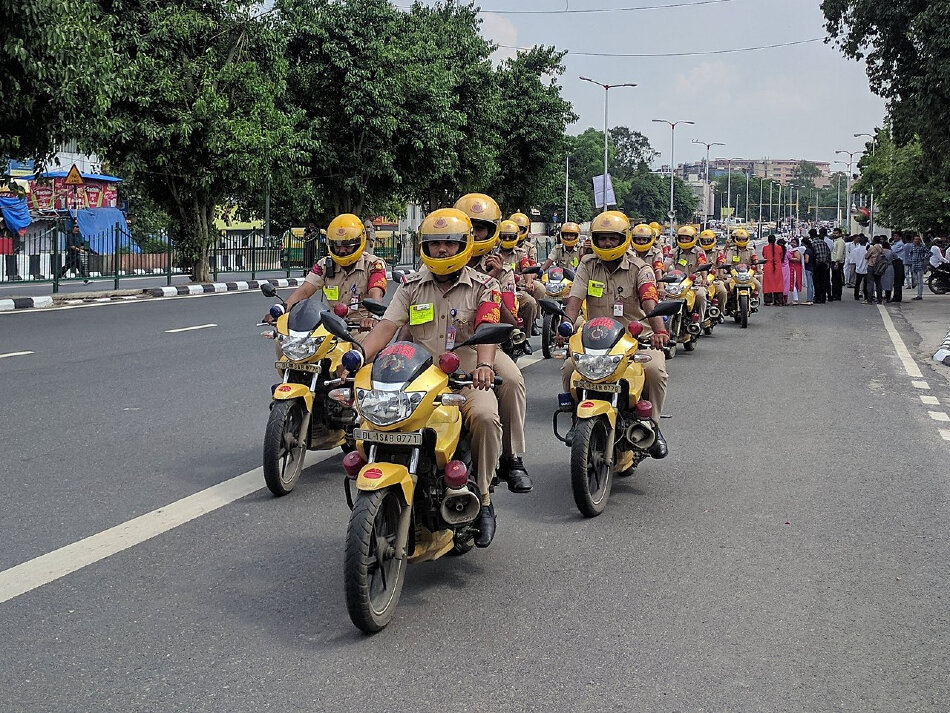 (OPINION) Recently, a shocking video of the American police went viral in which a police officer is seen kneeling on the neck of a handcuffed Black man, George Floyd, for over eight minutes until his death. Hundreds of demonstrations, both peaceful and violent, have taken place in the U.S. since this video surfaced.

There are parallels with India: the police violently assaulting distraught citizens, the abuse of power and authority by cops who are constitutionally mandated not only to protect human rights but also to uphold them in all circumstances, and the authorities’ failure to respect people’s constitutional and legal rights.

Like America, India too needs to urgently tackle its problems of obvious intolerance and police brazenness. India has done little to fight the issues that plague its police system, and little has changed in how the cops treat oppressed citizens.

A video similar to Floyd’s has surfaced and gone viral in India. A policeman is seen kneeling on a man’s neck and thrashing him, allegedly because he was not wearing a mask in a public place. This incident took place in the hometown of Chief Minister Ashok Gehlot, the Jodhpur district in the northern desert state of Rajasthan.

Mukesh Prajapat, the man in the video, is a laborer and a father of three. The cop, Hanuman Godara, is a constable at the Pratap Nagar police station. Mukesh’s father, Mahadev Prajapat, said Mukesh was wearing a mask, but the policemen demanded money from him. When Mukesh argued with the cops, they thrashed him mercilessly.

Mahadev said, “When I met my son at the police station, his clothes were soaked in blood and the bones of his hands were fractured. I pleaded with the police to get his X-ray done, but they paid no heed to my pleas.”

He said further, “We have nothing to eat, so what can we do now? The police are saying that Mukesh has been sent to judicial custody. He has now been hospitalized, but we were not allowed to meet our son in the hospital on the pretext of COVID-19 pandemic.”

However, far from providing any relief to Mukesh, the police in Rajasthan have booked him for using criminal force to deter a public servant from discharging his official duties, and the court has sent him to jail.

The police’s callousness and insensitivity have been on full display in recent years across the country, with protesters and university students being arrested on seemingly bogus charges and thrashed on campuses. Activists claim third-degree torture and custodial deaths have become an intrinsic part of police investigations in India. Several incidents of police torture often hit the newspaper headlines. Even during the COVID-19 lockdown, there have been several reports of police brutality ⁠— beating people with sticks and resorting to public humiliation to enforce the lockdown.

A shocking incident was reported from Betul district of Madhya Pradesh, which shows the hatred against the Muslims prevailing in the society and the authoritarian tendencies of the police.

On March 23, a lawyer named Deepak Bundele was brutally beaten up by the state police because the cops mistook him for a Muslim on account of his beard. At that time, the district was under lockdown, and Deepak was stopped by two cops for violating lockdown norms. Yet the police did not even listen to him when he tried to explain to them that he suffered from high blood pressure and diabetes and was not well — he was out because he was going to a hospital for urgent checkup.

Surprisingly, the police officers in their defense told Bundele that he was beaten by mistake because they thought he was a Muslim, and it was only a case of mistaken identity.

Now, over two months later, this case has reached the court. Bundele has filed a petition in the Madhya Pradesh High Court demanding that a special panel be formed to address the concerns of the increasing “communalism” within the police force in the state. The petition has demanded that a Police Complaints Authority should also be formed in the state. Bundele alleged that some police officials, including a cop named Kapil Saurashtra, attacked him and injured him badly.

Bundele said, “Incidents of police brutality are on the rise in the state and the country, and it is clear that there are communal elements in the police force.”

In the petition submitted in the court, he said the police force, as an instrument of the state, must uphold constitutional values and discrimination on the basis of religion by the police is against the mandate of the Constitution of India. Under no circumstances can any instrument of the state violate Article 15 of the Constitution, he pointed out. Article 15 of the Indian Constitution prohibits discrimination of Indians on basis of religion, race, caste, sex or place of birth.

This incident exposes the high-handedness of the police and their bias against members of the minority Muslim community.

According to human rights activist Kavita Krishnan, organizations and people of the majority community, with active police protection and support, have attacked the properties and bodies of Muslim residents in New Delhi in recent months.

“During the Delhi riots, police officials were caught damaging public property like CCTV cameras, even as they reportedly colluded with rioters,” Krishnan said.

But it is not just the members of the minority Muslim community who have faced the police’s wrath. Police brutality is on the rise across India, including in the central state of Madhya Pradesh, where several recently reported incidents show that physical attacks, intimidations and inaction have become the modus operandi for police.

On May 23, a video of two policemen viciously attacking a man in Madhya Pradesh went viral. The video was shot on May 10 in Chhindwara district’s Piplanarayanwar village, under Saunsar administrative division. Two policemen assaulting a man with sticks could be seen in the viral video, as another policeman watched. The policeman continued to thrash him and kicked him in his face after the man fell to the ground. Waman Sareyam, the man in the video, was then hauled into a police vehicle nearby.

At a time when the nation is battling the COVID-19 pandemic, the video is yet another example that shows the Indian police believe every situation can be solved with a bit of violence. Although the erring constables were taken off field duty, some observers believe such actions are only eyewash meant to silence the critics.

Several similar incidents of police brutality have come to light in Madhya Pradesh. Two journalists were also beaten up by the police in the state in the last three months. One, working for an English daily, was beaten up by cops when he was returning to his room after purchasing a packet of milk. In the state’s Gwalior district, another media member, Chetan Seth, was roughed up by the cops when he was reporting on the lockdown.

Madhya Pradesh Home Minister Narottam Mishra said, “We have already ordered inquiry into these incidents. We are also running some programs to sensitize police force.”