The workers are living under the constant fear of losing their jobs after university awarded the contract to a new company.
Ravi Kaushal 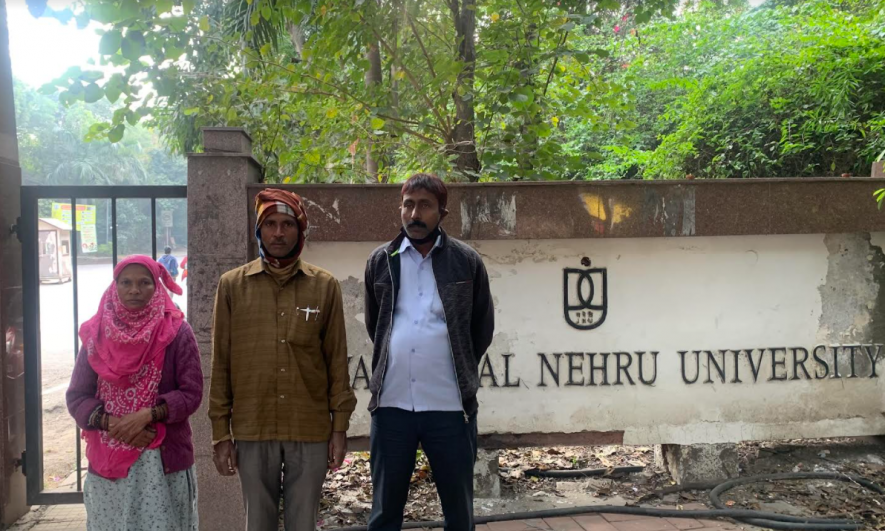 Anju’s worst nightmare is losing her job after 20 years. She is among the 31 contractual sanitation workers of Jawaharlal Nehru University (JNU) who could lose jobs after the institution awarded the contract for sanitation and garbage collection to a new company called Sudarshan Facilities Private Limited.

Even though different companies were awarded contracts in the last two decades, according to the workers, the workforce remained the same. However, the new company has informed them that no worker above the age of 45 would be retained.

The situation turned bad in August when the workers were not paid by the previous employer, Max Maintenance Private Limited, Govind Kumar, a supervisor of garbage collection workers who was sacked, told Newsclick. When the workers were not paid the salaries of September and October and their saving dried up, they staged a week-long strike and approached the regional labour commissioner’s office on October 28. Subsequently, they were paid their dues the next day. 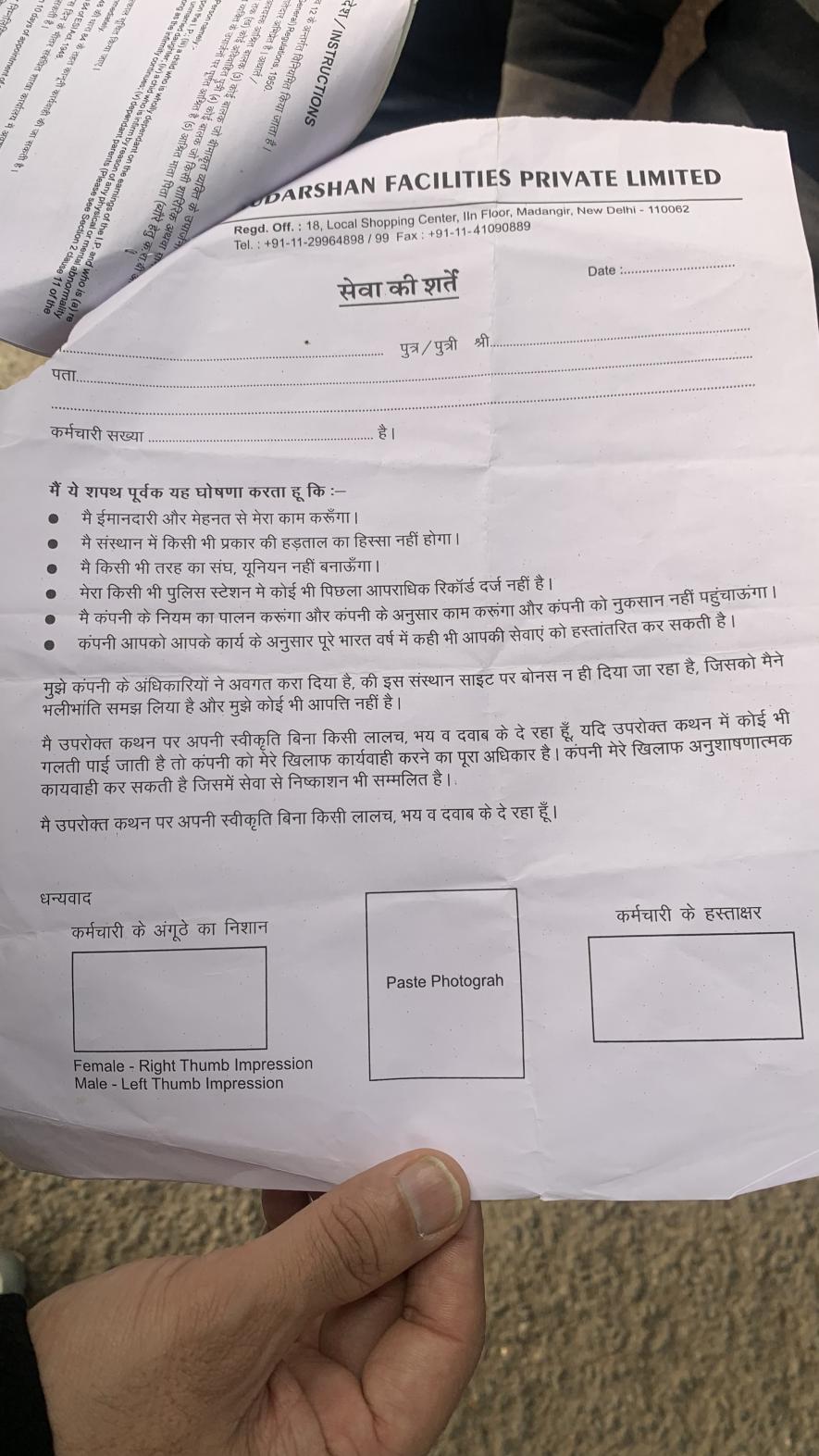 “The university officials were angry with the workers for demanding their rights. Meanwhile, the new company was awarded the contract on November 1 and it refused to retain employees above the age of 45. A majority of the workers have dedicated 15-20 years to keep the university clean,” Kumar added.

Subsequently, the company relented but said half of the workers will be moved to other offices, Kumar said. “The company also introduced conditions of service that barred us from forming any union or association. When we resisted, one company officer made a casteist remark: ‘Ye B*@#i Kabhi Nahi Sudharenge (These sweepers will never improve).’ That is how we were humiliated for demanding a right guaranteed in the Constitution.”

When Kumar asked the officer not to use such words, he was informed that he had been sacked. The Trade Union Act, 1926, provides the right to form a union for collective bargaining.

Mentioning the “inhuman working conditions”, Anju told Newsclick that the workers were asked to report as early as 6 am during the lockdown. “Neither the university nor the employer provided us any safety gear to handle the contaminated garbage—no gloves or masks forget about PPE Kits. When we fell ill, we asked to isolate for 14 days and the salary for that period was deducted. What can be crueller? We picked up worm-infested dead animals with our bare hands.”

Suraj Pal, another worker with greying hair, said that “the new company has discontinued paying overtime for working on off days”. Sudarshan Facilities did not respond to questions sent to it regarding the allegations by workers.

Aishe Ghosh, president, Jawaharlal Nehru University Students’ Union, who accompanied Kumar to a press conference said that the violation of workers’ rights has been a feature of the JNU administration and the latest episode is a glaring example. “After the workers approached the labour commissioner’s office in 2018, JNU was asked to pay the contractual workers on par with the permanent workers and not less than the minimum wages. If the workers are not getting paid and JNU is receiving the money from the UGC, where is the money going?” she said.

Amit Thorat of the Centre for Studies in Regional Development, JNU, alleged that the “university is imposing institutional casteism on these workers by denying rights mandated by the Constitution, labour laws and the laws of the state government by depriving them” of bonus, timely payment and minimum wages.

“JNU is the primary employer of these workers; it cannot shun its responsibility. During the lockdown, these workers collected garbage from 250 homes with infected patients. When we asked the administration to provide them gloves, masks and other safety gear, it refused. Neither they established isolation centres for the infected workers,” Thorat said adding that the “teachers arranged rations for the workers” when their salaries were delayed by three months.

“What sort of administration is this? Is it giving consent to exploitation of a community which has historically been deprived of its rights?” asked Thorat.

Sucheta De of All India General Kamgar Union said that not paying salaries for months and retrenching workers for raising their voice is similar to bonded labour and the violation of the Payment of Wages Act, 1936. “How can any company ask the workers to not strike or form any association or union? The workers have been treated like bonded labourers without rights. Is it so easy to violate the law in a Central university like JNU? Is the Central government allowing such casteist exploitative practice against workers?” she asked.