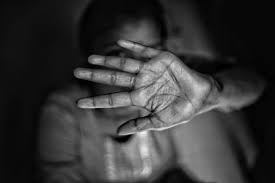 Twitter saw trends of ‘Justice for Vaishali girl’ as outrage built Wednesday against the alleged gangrape and murder of a Dalit woman in Bihar. As per reports, the body of the 20-year-old deceased was found floating on a water body in the area of Vaishali, where the incident took place, days after the sexual assault took place.

A disturbing video of the woman’s body being retrieved from a canal is doing rounds on social media, with netizens calling for urgent action in the case. The gangrape reportedly occurred over a week ago. Locals in Vaishali are agitating and naming a group of upper-caste men responsible for the violent crime.

Reports suggest protesting villagers drove away Lakhendra Kumar Raushan, Bihar MLA from the Bharatiya Janata Party (BJP), when he visited the scene earlier this week to meet the bereaved family of the Dalit woman. Locals reportedly raised a complaint that the MLA was visiting after a considerable gap since the woman’s body was first found over the weekend.

Justice For Vaishali Girl: What You Should Know

According to TV9, the Dalit woman had ventured outside her home to attend nature’s call when a group of armed men abducted her. When the woman’s parents visited the men pleading for her return, the men said they would release her in a few days.

The deceased woman’s mother has filed a police complaint against at least ten locals, naming four of them – Anurag Kumar, Rakesh Kumar, Manoj Choudhary, Anshu Kumar, Times of India reports. She has alleged her daughter was murdered. Her complaint has prompted an investigation into the case.

Simultaneously, the assault and molestation of a 16-year-old Dalit girl in Amethi, Uttar Pradesh has caused an uproar with a video of the incident also going viral online. Three persons have been booked in the case. Priyanka Gandhi Vadra on Wednesday said her Congress party will agitate if the perpetrators of the attack are not caught, saying the law and order under Yogi Adityanath are “sleeping.”

Note: This news piece was originally published in shethepeople.com and used purely for non-profit/non-commercial purposes exclusively for Human Rights objectives.