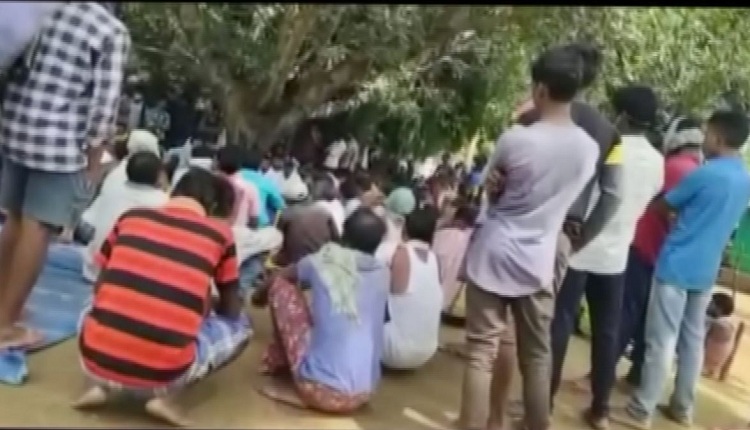 Nabarangpur: True, caste system is a curse in many places of the country. In yet another instance of social injustice delivered at Kangaroo courts in Odisha, a man is paying a heavy price for his inter-caste marriage with a woman he was in love with. Pratap Kalar of Khadanga village under Raighar block of the district is not only penalized and ostracized by the villagers, but he has been separated from his legally wedded wife too, after the Kangaroo court judgement.

As per sources, Pratap fell in love with a woman of his village and both decided to tie the knot. Without letting anyone know about this, the couple opted for a court marriage in Kondagaon of neighbouring Chhattisgarh and then later again at a temple.

Following their return to the village and the news of their marriage spread, there was an uproar in the village. The newly-wed woman’s family members barged inside Pratap’s house, threatened him and dragged her back to their home. Pratap then knocked the doors of Raighar Police where both the parties were called for a settlement and sent back.

It was all well for the couple for the next two months until a Kangaroo court in Hatabharandi issued a diktat allegedly ordering that the marriage be called off. It further imposed a penalty on Pratap. Of the Rs 50000 Pratap had received as incentive as a result of inter-caste marriage, he alleged that he had to pay Rs 32000 to the Kangaroo court as fine.

Not only this, the couple wasn’t allowed to stay together after that. Pratap is living an ostracized life since then and is running from pillar to post seeking justice.

Asked, IIC of Raighar Police Station Abhay Behera said that so far no complaint has been registered in this regard. “If any complaint is lodged with the police, necessary action would be taken,” Behera stated.