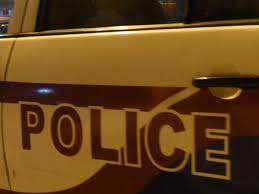 GADAG: An inter-caste couple, who married nearly three decades ago, were assaulted by the upper caste relatives of the husband at their home in Asuti village of Ron taluk. One of the relatives allegedly urinated in their house and attacked the woman, a Dalit, with axes.

A case has been filed under the Scheduled Castes and Tribes (Prevention of Atrocities) Act besides sections of IPC, including attempt to murder.

In her complaint, Shivavva Basappa Talawar, 48, said she belongs to the Valmiki community (which falls in ST category) and married Iranagouda Basanagouda Kulkarni, 55, belonging to an upper caste, about 28 years ago. “Basanagouda Sanganagouda Kulkarni, kin of my husband, came at our home on Thursday evening and urinated there. When I objected, he said I belong to a lower caste so he can urinate anywhere. He uttered obscene words at me. As my husband and son Hanumantagouda tried to prevent him, he and four others came together and attacked us with deadly weapons,” the complaint said. She added, “They even tried to pull my sari. They also tried to set our house on fire.”

Hanumantagouda, 26, told TOI, “Though my parents married a long time ago, our relative have been harassing us through the years. They are now forcing us to give up 5 acres of ancestral land which my father has got. They abuse my mother repeatedly. We were admitted in the government hospital on Thursday and discharged on Friday. We filed a complaint in the evening.” He added that his wife hid with their 8-month-old son at a neighbour’s house during Thursday’s attack.

An FIR has been filed against Basanagouda Kulkarni and four others. Police said the complainant, her husband and son suffered minor injuries. “We have learned that the complainant was planning to sell the agricultural land allotted to her husband by his elders,” Ron PSI Vinod Pujari said. Police, however, added that the accused wanted Kulkarni to sell the land to them. “The accused wanted to buy it and Shivavva had refused to sell it to them. We have arrested Basanagouda and one more person. Search is on for the others,” Ron PSI Vinod Pujari said.