The couple filed a police complaint that the man was assaulted for allegedly not converting to Christianity after their wedding. 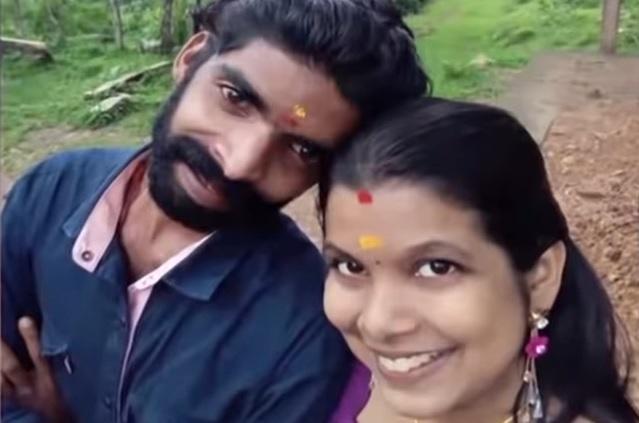 Two days after his interfaith marriage, a Dalit man was brutally assaulted by his brother-in-law, for allegedly refusing to convert to Christianity. The incident took place on October 31. Mithun Krishna, a Dalit and Deepthi, a Christian, got married on October 29. In a complaint filed by Deepthi, she alleged that her brother Danish, who is a doctor, assaulted Krishna for not converting to Christianity.

The police said that an FIR, under sections of the Scheduled Castes and Tribes (Prevention of Atrocities) Act, was lodged the same day the complaint was received. The incident came to light after TV channels telecast the CCTV visuals of the violent assault on the man by his wife’s brother after allegedly inviting them to his residence in Chirayinkeezhu, to persuade the man to change his religion.

Police said an investigation has been launched to nab the accused who is absconding following the incident. According to an official of Chirayinkeezhu Police Station, where the complaint was lodged, an initial probe suggested that someone from the husband’s side allegedly spoke inappropriately to the wife’s mother, while at her residence, which provoked the incident. However, the couple stated that the husband’s family was beaten up for not converting to Christianity, the police said.

Narrating the chain of events leading up to the incident, police said that the couple got married on October 29 at a temple and following this, the woman’s father lodged a complaint that his daughter was missing. Subsequently, when the couple came to the police station, the father asked the daughter to come back with him and promised to get them married properly later, the official said and added that she, however, left with her husband.

Deepthi said that her brother asked the couple to come and meet her mother and they agreed. However, when they were nearing her house, a group of her brother’s friends started to attack Krishna. “I also suffered injuries when I tried to intervene and Krishna was badly injured,” said Deepthi. Krishna, who suffered head injuries, is presently at the state Medical College hospital in Thiruvananthapuram for treatment.