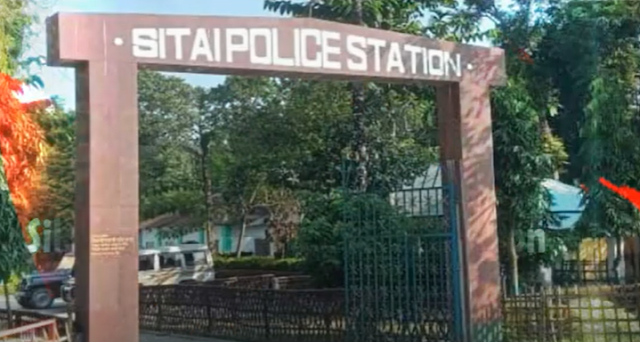 Counterview Desk
Kirity Roy, Secretary, Banglar Manabadhikar Suraksha Mancha (MASUM), and National Convenor, Programme Against Custodial Torture & Impunity (PACTI), Hooghly, West Bengal, in a letter to the National Human Rights Commission (NHRC) chairman, has alleged “extra-judicial execution” of a poor young Dalit, Prakash Barmar, who was “shot dead on his head from point blank” by the Border Security Force (BSF) personnel on the Bangladesh border.
Roy, in his complaint, said, “Firing of BSF and subsequent death of Barman is a result of trigger happy BSF”, noting, “BSF version is that the victim was associated with cross border smuggling. If the man is actually a smuggler then in which Indian law it is stated that a smuggler can be shot dead by BSF?” He wonders, “As per complaint of BSF, they fired for “self defense.” What type of injury received by the guards which compel them to fire?”

I want to draw your attention towards another incident of extra-judicial execution of a poor young man belonging from Scheduled caste community of Chamta village under Sitai police station area of Coochbehar district in West Bengal. The victim, Prakash Barman, aged about 35 years was shot on his head from point blank range by BSF personnel attached with West Chamta Border Out Post, Gandarmarka, 75 Battalion, Border Security Force.
On the very moment when M Ajay Kumar Bhalla, IAS, was visiting West Bengal and pursuing for more power to BSF, those killings happened which shocked the state.
Prakash Barman is the sole earning member of his family consisting of four members. On November 12, 2021 at about 2 am some BSF personnel attached with West Chamta Border Out Post, 75 Battalion caught Barman and fired bullet from point blank range which directly hit his head. After receiving bullet, the body of Barman was lying there for more than about 9 hours.
Fact finding of MASUM reveals some valuable points on this killing. Those are:

The incident violates the rights guaranteed in Article 21 of Indian Constitution and also the premise of Article 6 and 7 of International Covenant on Civil and Political Rights as well as the Goal No 8, 9 and 16 of Sustainable Development Goal earmarked by United Nations and in both these international instruments; the government of India is a party and have agreement.

The perpetrators also violated the article 2,3,5,6 and 8 of Code of Conduct for Law Enforcement Officials; Adopted by General Assembly resolution 34/169 of 17 December 1979 and basic tenets of Eighth United Nations Congress on the Prevention of Crime and the Treatment of Offenders.
Under the circumstances we demand:

Killing to an accused is a criminal philosophy. The rule of law has rightly been accorded space in the Basic structure doctrine by the Constitution of India. Rule of law is the fundamental principle of governance of any civilized liberal democracy. The fundamental premise of rule of law is that every human being, including smugglers and the worst criminals, are entitled to basic human rights and due process.
The bulwarks of democracy, Police, BSF and other administrative officials do not have any interest to understand this and therefore, when any state authority reported that the victim was a smuggler, they think that ‘bullet is the right way for the smugglers’. Even a smuggler has a right to life and personal liberty enshrined in our Constitution. But the perpetrators are powerful enough and they did not show minimum respect to the Constitution of our country.
Therefore, I request to your Commission to look upon the whole incidents kindly take stern legal action on the human rights issue of a citizen in this country and even non citizens. Article 21 of Indian Constitution applies for both to citizens as well as non citizens.