Pehlu Khan was lynched by a mob over suspicion of cow smuggling in 2017 in Rajasthan’s Alwar. 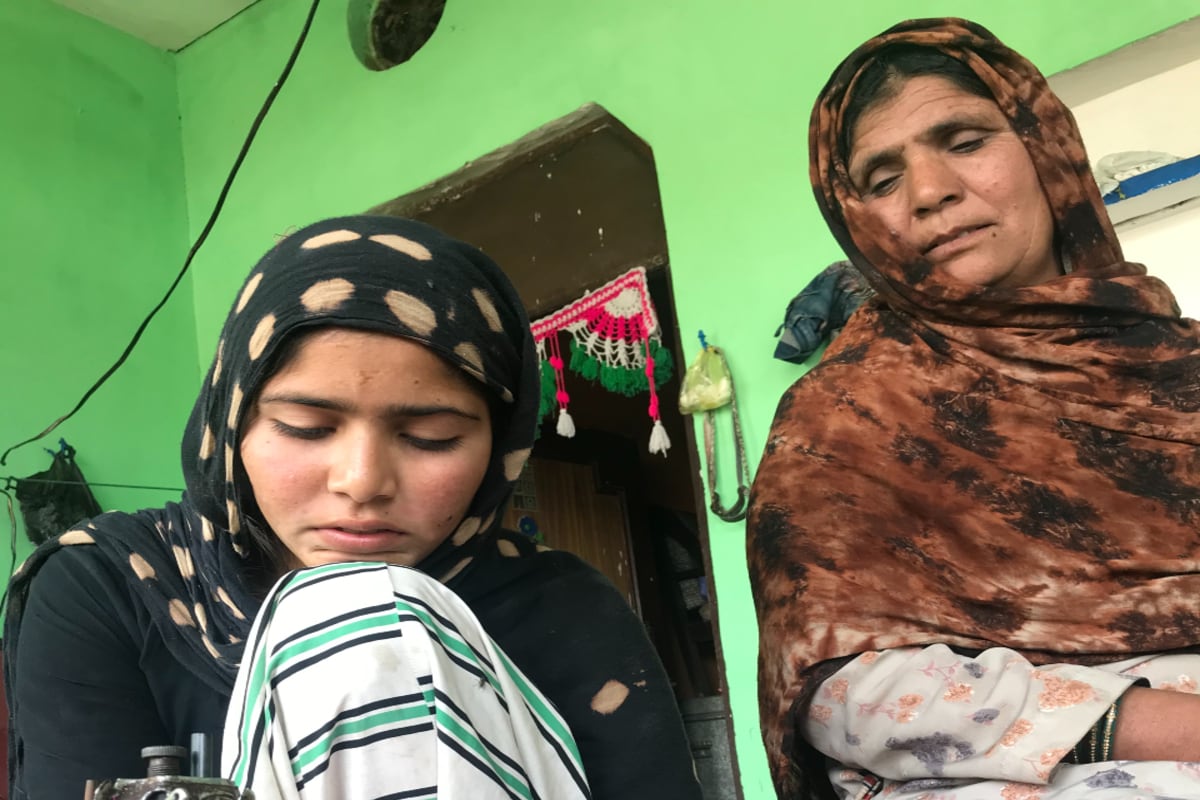 Around 200 km away from Delhi is a half-painted house with a dilapidated entrance gate in Jaisinghpur village in Haryana’s Nooh district. Children are playing in the muddy courtyard and hundreds of houseflies hovering around them. A pregnant woman cleaning the utensils in ‘ghoongat’ covers her face. A pair of hens roams around the house. A soon to be married woman, who hardly smiles, is sitting in a corner and stitching a dress for her five-year-old niece. Her widowed mother is sitting next to her.

“She loves stitching and all she wants is a stitching machine as her wedding gift. I can’t afford to give her but if her father would have been alive, he would have done his best to fulfil her wish,” says Jebuna, Pehlu Khan’s widow. Khan was lynched by a mob over suspicion of cow smuggling in 2017 in Rajasthan’s Alwar.

Hunija, 19, will be married on November 29. It’s the first marriage in the house after Khan’s killing. She is his youngest daughter among eight kids.

“Abba used to call me Hunni. I miss him a lot. We used to chit-chat together. Whenever I had a problem, I shared it with him. If he would have been with us, my wedding day would have looked different,” said Hunija.

Forced to live a life of penury, Khan’s family has sold their buffalo to meet the expenses of the wedding. They have taken a debt of around Rs 1.5 lakh. “That buffalo was bought by my husband. Unfortunately, we had to sell it. Even though all my sons are doing their part, no one can fill the shoes of the father. Life now seems like a burden,” said Khan’s widow.

The episode of Khan’s gruesome death looms large on the family’s psyche and their financial situation. The wedding has hardly brought a smile to their faces. Apart from Hunija, no one will wear new clothes.

“Neither do we have money to buy clothes nor circumstances allow us to celebrate. It’s my daughter’s wedding, we are happy for her but our sorrow is heavier than happiness,” said Jebuna.

Jebuna said neither relatives nor the government came to their help after Khan’s death. His sons were forced to drop their familial cattle business out of fear.

“My father was in the cattle trade but we are not continuing his business because things have changed. My father was murdered despite being innocent. We may face something similar in future, that is why we decided not to continue cattle trade,” said Irshad, Khan’s elder son.

Khan’s case made headlines when he was brutally attacked on a highway linking Jaipur to Alwar by a suspected cow vigilante group on April 1, 2017. He received fatal injuries and died at a hospital in Alwar on April 3. His killing was captured on camera. However, an Alwar court acquitted all six accused. Two minors were sent to three years in a special home in the case.

Khan’s wife has faith in the judiciary and expects justice from the Ashok Gehlot government. “Those who killed my husband are set free. They are out, living a free life and we have lost everything. I appeal to the Rajasthan government to give us justice and due compensation as well,” she said.

But Khan’s daughter has a different view and says she has no hope in the judiciary. “I don’t expect justice from any government. When they didn’t do anything in the last three years, what will they do now?” she asked.