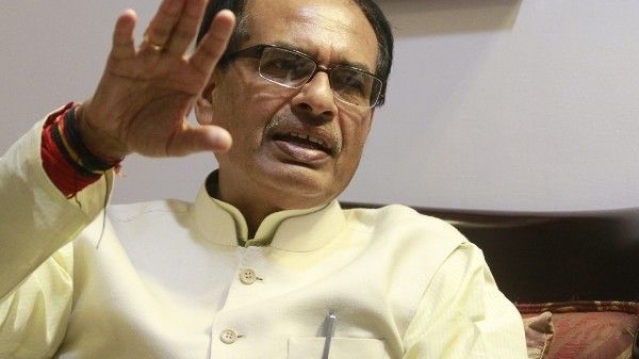 Words such as love jihad are not mentioned in the anti-conversion bill. However, it has been decided that those voluntarily converting to other religions would have to give information to the District Magistrate 60 days in advance.

BHOPAL — The Shivraj Singh Chouhan cabinet on Saturday approved the “Madhya Pradesh Religious Freedom Bill-2020 to check the rising cases of “love jihad” in the state.

The Bill will be introduced in the upcoming Assembly session, and once passed will become a law.

Under this law, there is a provision of awarding a maximum of 10 years imprisonment and a penalty of Rs 1 lakh for forceful conversion of any person under the pretext of marriage.

According to official information, in the cabinet meeting chaired by Chief Minister, the “MP Religious Freedom Bill- 2020” was passed by a voice vote.

State Home Minister Narottam Mishra said no person shall directly or otherwise attempt to convert or convert to another religion in the name of inducement, threat, force, influence, under the pretext of marriage or in any other fraudulent manner. No person would be able to indulge in abetment or conspire to carry forceful religious conversions.

As per this Anti-Conversion law, a provision has been made that in violation of the prescribed provisions, a person would be punished with rigorous imprisonment of one to five years and pay a fine of Rs 25,000. At the same time, for the forceful religious conversion of a woman, minor, Scheduled Castes (SC) and Scheduled Tribes (ST), a rigorous punishment ranging from two years up to 10 years and a fine of Rs 50,000 would be imposed on the accused. Along with this, there would be a fine of Rs 50,000 and a jail sentence of three to 10 years would be imposed for indulging in religious conversions secretly.

It has been decided in the bill that after religious conversion, the child born to the couple would inherit the property of the father and the wife and the child would have the right to claim maintenance. Along with this strict action would be taken against those associated with running an organisation aiding religious conversions and people associated with such organisations, and there is a provision of jail imprisonment and fines against the accused person.

Words such as love jihad are not mentioned in the anti-conversion bill. However, it has been decided that those voluntarily converting to other religions would have to give information to the District Magistrate 60 days in advance. Failure to provide the correct information would lead to a jail sentence of three to five years and a fine of Rs 50,000.