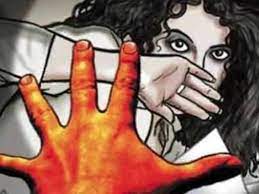 Muzaffarnagar (UP), Mar 27 (PTI) A man has been arrested for allegedly raping a disabled Dalit woman under Ramraj Police Station area in the district, police said on Saturday.

The incident took place on Friday, they said.

According to police, the accused, Farman, took the 25-year-old woman to the nearby sugarcane fields and raped her. He also threatened her with dire consequences if she reported the incident to anyone.

A case was registered against the accused under sections of IPC and the Scheduled Castes and the Scheduled Tribes (Prevention of Atrocities) Act based on a complaint by the victim, Circle Officer Shakil Ahmad said.

He was later arrested, the officer added.