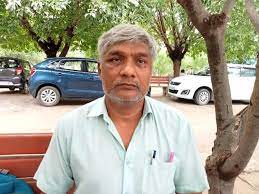 Dalit woman was held captive for 9 days and raped by four, including Gurugram cop

Gurugram,  A group of 40 persons allegedly thrashed a man for helping a Dalit woman, who was held ‘hostage’ and raped by four, file a police case.

The accused belonged to the woman’s village and the victim is her neighbour. He works as an operator at a private school and had helped the rape victim’s family file a police case and helped them with all formalities.

A 28-year-Dalit woman was allegedly held hostage and raped over nine days by four, including a cop of the Gurugram police. She was allegedly kidnapped on June 30 and was released on July 8. The woman filed an FIR on July 10.

The operator, Ajit Singh (40), alleged that a caste-specific group from their village thrashed him for helping the woman. The complainant told the police that the mob reached his school in cars and bikes and attacked him.

“They first hit my right eye and dragged me outside in street. They tore my clothes and then thrashed me with sticks and iron rods. They threatened me with dire consequences if I helped the family. I remained in hospital for two days and filed a complaint last evening,” the complainant told the police.

Ajit Singh alleged that the police were shielding the attackers and not providing security to him and his family.

Sandeep Malik, ACP (Sohna) said the probe was underway and action would be taken as per the law.

“Our team is conducting raids to nab those who attacked Ajit Singh. In the rape case, we are verifying the facts. The accused will be not spared,” the ACP added.