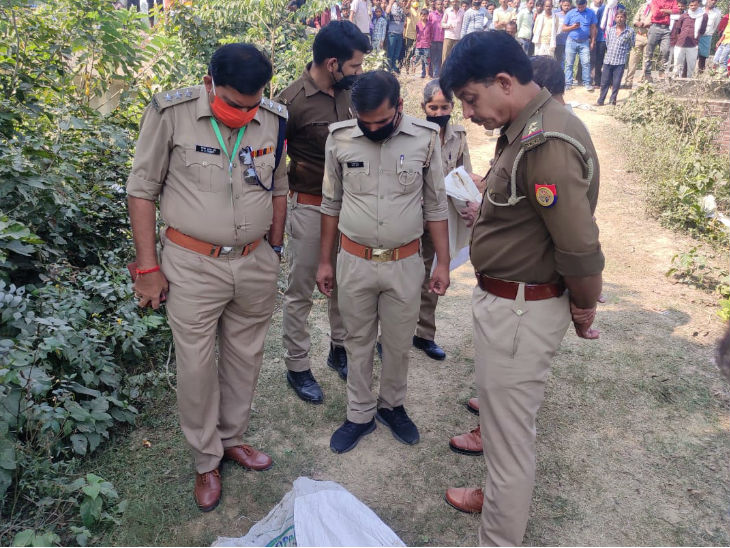 The girl, who was missing from home on Sunday morning, was killed. His body was found lying in a field outside the village in the evening. The villagers informed the police about this. Police reached the information and sent the body for postmortem. The woman is feared to have been strangled to death after raping her. After getting the information, the SP also reached the spot, said that five teams of police have been deployed to reveal the matter. There is anger among the villagers since the murder of a Dalit woman.

According to the police, the body of a 22-year-old girl was found in the farm outside Bibipur village of Zaidpur police station area on Sunday evening. There was a stir in the village after the girl’s body was found. Villagers reported the matter to the police. As soon as the information was received, the police reached the spot and identified the girl’s body. She is said to be a resident of a village in Kothi police station area. The distance of the village is being told about four hundred meters from the farm where the girl’s body has been found.

On receiving the information, Superintendent of Police Yamuna Prasad also reached the spot and formed five teams to investigate the matter. After the murder and identification of the young woman of the Dalit family, there is chaos in her village. The girl is suspected of being raped.

Family members said that the girl went missing from the house at nine in the morning. After that, he was waiting to return but the family did not complain to the police. Police say that even before this, the woman has gone missing from her house several times. Family members say that the girl’s clothes are frayed, leading to the possibility of untoward incident. Zaidpur MLA Gaurav Rawat reached the village as soon as he got the information of the incident and tied the family up.

SP Yamuna Prasad said that the body of a young girl who came out of the house at 9 am on Sunday morning was found in the field outside the village in the evening. Injury marks have been found on his throat, due to which his throat is being murdered. Confirmation of the rape will be known only after the post mortem report is received. At present, five teams have been set up to investigate the matter, soon the accused will be caught by the police.