The pathway benefits the devotees of the temple, which is located on a small hill, as well as 10 families who live in a Dalit colony nearby. 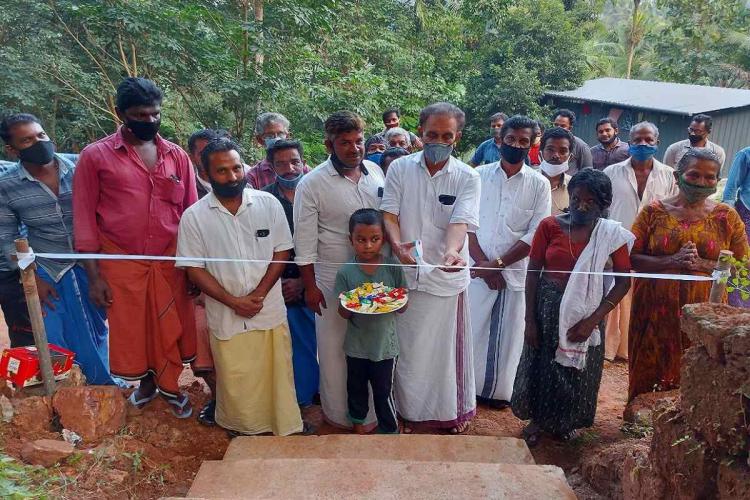 A few Dalit families living in Muthuvallur Panchayath of Malappuram have had just one dream for the past many decades — a pathway from the main road to the small temple located on the hilltop near their colony. For all these years, the families have had to trudge up a small hill to reach their homes and the Kozhikodan Muchithadam Bhagavathi Temple located further ahead, as the only route connecting their homes to the temple, was a tiny walkway. The land around the temple and colony was owned by the Parathakad Juma Masjid.

To find a way out, the temple committee decided to seek help from the mosque. They approached the mosque’s Mahallu Committee (mosque management committee). The committee wholeheartedly agreed to give a portion of their land to construct a broad walkway from the main road, to the colony and to the temple, free of cost.

“When they approached us, we really wanted to help them. The people in the colony required a road connection. But since the land was owned by the mosque, there are some rules that some land cannot be given to others. So we had to check that. Later, we clarified and the land could be handed over. That is how we decided to donate a part of the land,” Shihab, Mahallu committee secretary told TNM.

“People belonging to all religions live here. We respect all of them,” Shihab said, adding that everyone in the locality lives very peacefully and everyone helps each other.

“Temple is more than 45 years old. It was a trouble to climb the hill from the main road to reach the colony and the temple. The Mahallu committee was very cooperative when we approached them. Two other families, who owned the land nearby, gave about 4 feet of land as well, in order to connect the mosque’s land to the main road. The mosque’s donation was huge, the path is more 100 meters long. We are very grateful to all,” the priest of the temple, Babu Chelloth Unniyathan, said.

He also added that for people who live in the colony too, it has come as a blessing, as they would not have been able to buy the land for a road.