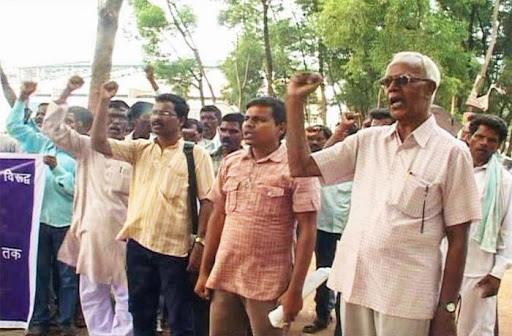 Counterview Desk
Making the 84th birth anniversary of Father Stan Swamy – the veteran Adivasi rights Jesuit priest languishing Taloja Jail, Maharashtra, for about four months for his alleged role in Bhima Koregaon violence – as the occasion, the Jharkhand Janadhikar Mahasabha (JJM), a civil rights organisation, has demanded that “lakhs of undertrials with no justice in sight” should be released immediately.
Pointing out that Stan Swamy too is an undertrial, JMM said, was involved in a study carried out in 2014-16, which revealed that about 97 percent of the surveyed undertrial prisoners “were falsely accused of being Maoists”. In its media alert, JJM added, even the Government of India admitted in Parliament that only 2.2% of the undertrials arrested under the “fabricated” Unlawful Activities Prevention Act (UAPA) charges were convicted in 2016-19.

Stan Swamy, a Jesuit priest who has worked tirelessly for the rights of Adivasis and other underprivileged people in Jharkhand for more than three decades, is languishing at Mumbai’s Taloja Jail since more than six months. Today, he turns 84 years old.
Stan was arrested in the Bhima Koregaon case by the National Investigation Agency (NIA) on 8 October 2020. There is increasing proof on how fabricated evidence (fake documents connecting them with maoist activities etc.) was used in this case to target activists and voices of dissent. Stan has Parkinson’s disease with severe tremors in both hands. He has other health ailments as well.
Stan is a symbol of the plight of the lakhs of undertrial prisoners who languish in jail for years under fabricated Unlawful Activities Prevention Act (UAPA) charges, often aimed at harassing those who stand up for the underprivileged or challenge government anti-people policies. Most of the UAPA charges are baseless, as their conviction rate between 2016-19 was only 2.2 percent, as mentioned by the central government in the Parliament.
Ironically, over the past few years, Stan did much work on undertrial prisoners in Jharkhand. In 2014-16, he led a study, which revealed that about 97 percent of the surveyed undertrial prisoners were falsely accused of being Maoists. Most of the undertrials were Adivasis, dalits or backwards. Many were vocal against injustice and exploitation in their own villages. In 2017, Stan filed a Public Interest Litigation in the Jharkhand High Court to ask for the details of all undertrials in the state (such as caste composition, reasons for delay in trial and so on) and seek accountability. Jharkhand government is yet to respond to the query. 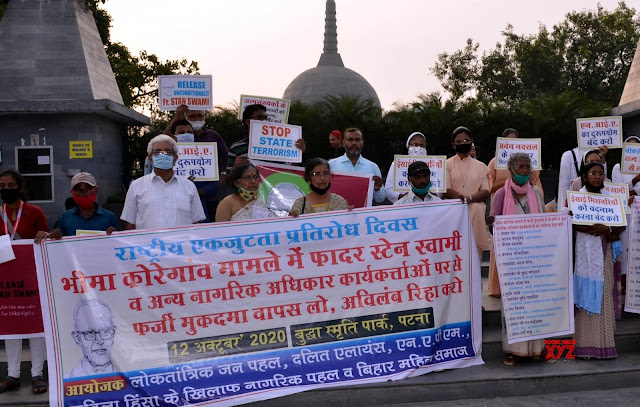 Moreover, there are studies that show that nearly 70 per cent of all prisoners in India are undertrials. However, due to the uncertain and prolonged delays in their trials and lengthy procedures of the legal system, many of them are languishing in prisons without even being proven guilty. Moreover, the families of many of the undertrial prisoners have been pushed into poverty due to the legal expenditures incurred in release attemps and prolonged absence of one of their principal breadwinners.
Also, in the current wave of the pandemic, many prisoners across the country are getting infected with Covid-19. The youngest of the Bhima-Koregaon accused, Jyoti Jagdap has tested positive for Covid-19. Despite being at high risk, Stan Swamy is yet to get the first vaccine dose. It is inhuman to let undertrials stay in overcrowded prisons during the current pandemic. The massive failure of the Modi government in handling the pandemic stands exposed. The time, energy and resources it spent on targeting activists, creating fabricated cases, crushing dissent and weakening democratic institutions could have been used for preparing defences against the pandemic.
When an elderly and ailing person, with no history of violence, is made to spend his 84th birthday as an imprisoned undertrial, Jharkhand Janadhikar Mahasabha demands from the central and state governments the immediate release of Stan Swamy and all undertrial prisoners in the country. Mahasabha also appeals to people to join this call.