‘As we entered the hotel the person at the cash counter stopped us and said that we were not allowed inside the hotel and that they would not serve food to people from our community,’ the police complaint said. 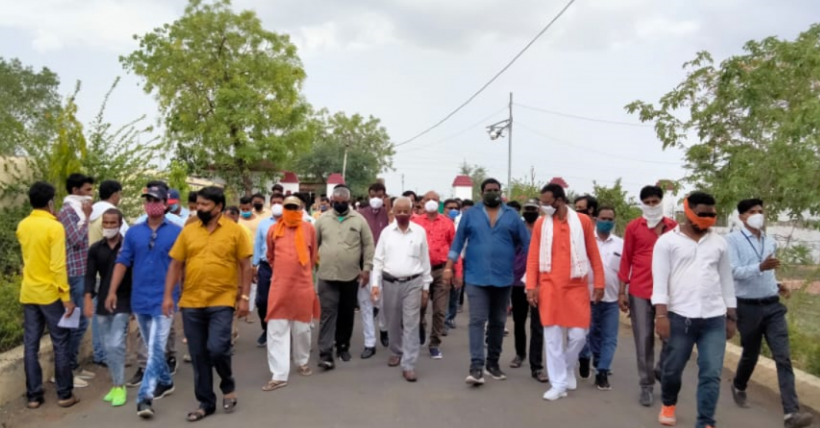 Bhopal: “The mere outlawing of untouchability and other egregious caste atrocities have not put an end to discrimination, but what was overt has now become systemic,” Supreme Court judge Justice D.Y. Chandrachud said on April 16 during an event this year. On June 14, nearly two months after his comment, a bizarre incident occurred in Madhya Pradesh’s Rajgarh district which showed exactly what he meant.

Three youths from the Dalit community were allegedly denied food at a hotel called ‘Tirupati Balaji Hotel’ in Rajgarh’s Suthaliya neighbourhood on Monday night. It is owned by one Shivlal Sondiya, a person from an Other Backward Caste (OBC) community.

Ritik Valmiki (21), Rahul Valmiki (22) and Govind Valmiki (21) belong to a Scheduled Caste. Rahul and Govind work as cleaners for a private company in the district while Ritik runs a Sulabh Community toilet there. 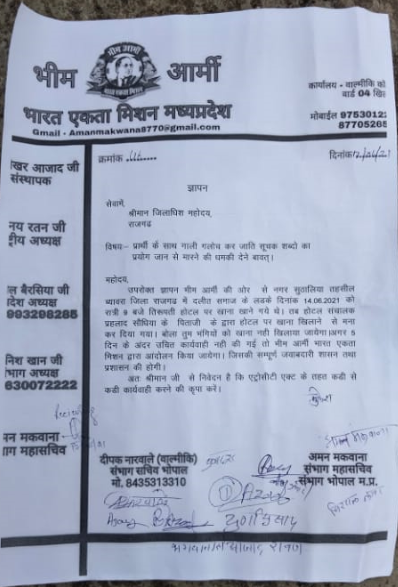 According to the complaint given at the SC/ST police station in the district by the victims on Thursday, they said that at around 9:30 pm on June 14 they had gone to eat at a hotel by the name of ‘Tirupati Balaji Hotel’.

“As we entered the hotel the person at the cash counter stopped us and said that we were not allowed inside the hotel and that they would not serve food to people from our community,” they said in the police complaint.

Another complainant, Ritik Valmiki, claimed that the hotel owner’s son Kailash Sondiya also abused them and threatened them dire consequences if they did not leave the hotel. “We made a video of the incident in which the hotel owner denied us food,” he said.

The matter irked the members of the Dalit community, including the Bhim Army. They have submitted a complaint to the Collector and the SP’s office and demanded strict action against the duo.

Deepak Valmiki, in-charge of the Bhopal Division of Bhim Army, said that it was “unfortunate” that even 70 years after Independence Dalits were facing such discrimination in society. “We have met the district officials and demanded that an FIR be registered against the owner of the hotel and his son under sections of the Atrocities Act and the Untouchability Act.”

Rameshwar Malviya, a Dalit rights activist from the district said they have also demanded that the hotel be shut as the owner discriminates against people based on their caste and promotes untouchability.

When contacted, Pradeep Sharma, Superintendent of Police, Rajgarh, said: “A team has been sent to the spot to investigate the matter. Based on the findings, further action will be taken.”

“The hotel owner has also reported that they misbehaved with the waiter which led to them being denied food. A probe is on,” he added.