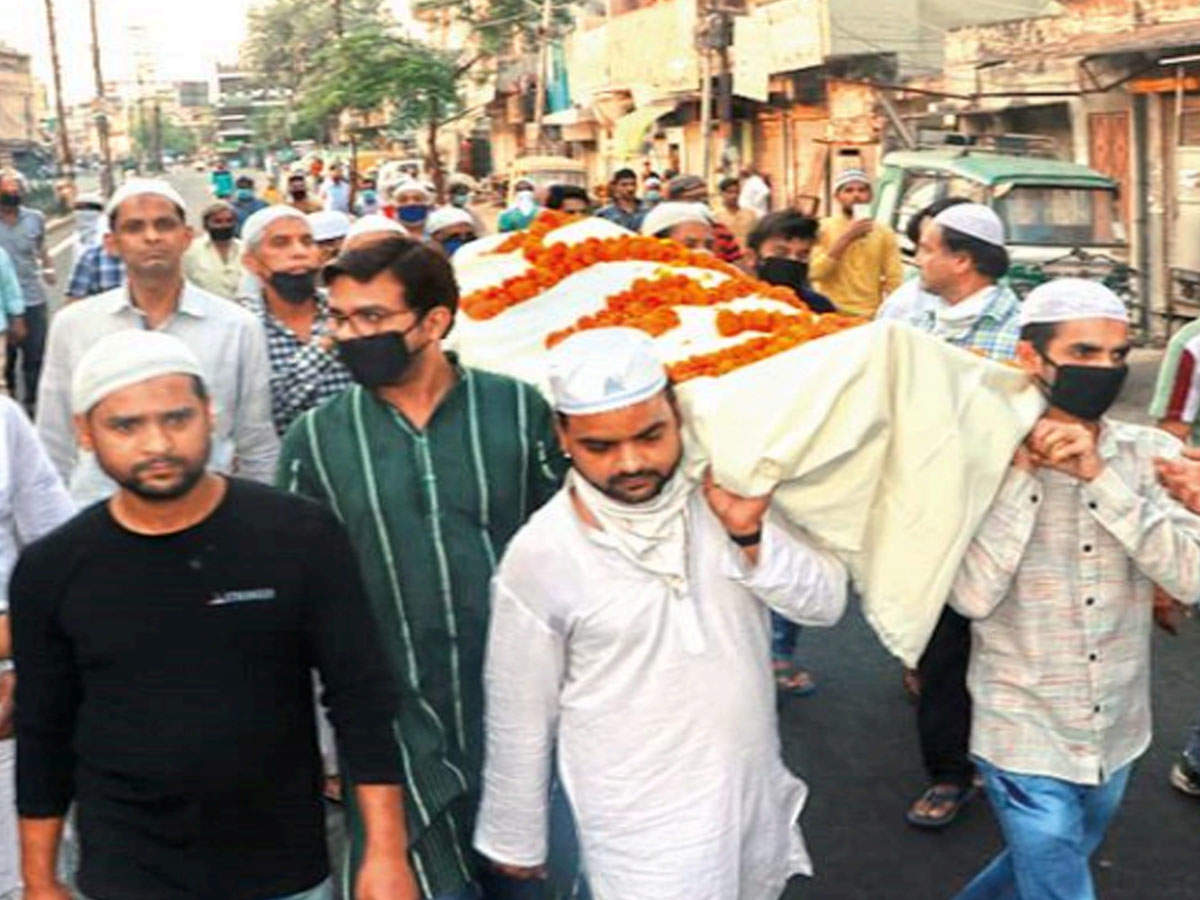 As Muslims put their lives and resources at the forefront, it has not come easy – they have been subjected to online hate and real-life discrimination.

As India is hit with a brutal second wave of coronavirus that has wreaked havoc in the country, the already struggling public health care system has been pushed to the brink; there is an acute shortage of oxygen, ventilators, beds, the antiviral drug Remdesivir, and plasma donors.

The government of Prime Minister Narendra Modi, a Hindu nationalist leader of the rightwing Bhartiya Janata Party, has slept over the crises, effectively failing to preempt the deluge or take measures to bring the situation under control.

The vacancy has given way to another response where civil society has stepped up to provide succour to the desperate patients and their families and in this regard, Muslims have also chipped in both at the individual level and as organisations.

Indian Muslims have opened up their mosques, centres, businesses, supplying medical, oxygen, made donations, are acting as volunteers at hospitals, and helped perform last rites of non-Muslims, as the country is in the grip of unprecedented health crises.

One story that has been doing rounds on social media is that of Pyare Khan, a transporter in the city of Nagpur in Maharashtra, one of the worst-hit states. He has donated two tankers of 32 tonnes of oxygen worth Rs 10 million for free to hospitals and his contribution is said to have saved hundreds of lives.

“The number of patients in Nagpur has increased and there is a shortage of oxygen, ventilators, and medicines. In such a situation, we could do something to save the lives of people,” Khan told a local news outlet.

Then there is the case of Shahnawaz Sheikh who sold his cab last year to provide for the oxygen of 250 Covid-19 patients. This time again he has set up a centre and team of volunteers who provide oxygen cylinders to needy patients. One report said that Shaikh s helped over 4,000 people so far with free oxygen cylinders.

Reports are also emerging that in city after city, mosques are doubling up as Covid-19 centres hosting patients who are unable to find space in hospitals.

In Vadodara, a city in the western state of Gujarat, the prayer space in a mosque is now providing care to 50 coronavirus patients.

“Due to shortage of beds and oxygen cylinders, we decided to convert our mosque into Covid facility. And what’s better than the month of Ramadan to do this,” a trustee of the mosque told news agency ANI.

The country is facing an acute shortage of medical oxygen as critical coronavirus cases continue to surge resulting in hundreds of deaths.

Shaheen Bagh, a Muslim-dominated locality which in early 2020 was at the forefront of the uprising against Modi government discriminatory citizenship law, has become one of the most sought-after addresses in the capital city of New Delhi. The locality’s welding shops are now supplying oxygen cylinders to patients gasping for breath. The rush is huge and shopkeepers say they are unable to meet the demand.

A mosque in another Muslim locality has initiated to provide free eight-litre oxygen cylinders to the patients who need them at the time of emergency on a returnable basis.

Similar initiatives are running in Mumbai, a metropolitan city famous for Bollywood. Here an NGO, the Red Crescent Society of India, is making oxygen available at the mosques to those who need it, free of cost and irrespective of religion, caste, or creed.

“This is our united fight against the pandemic and we thought of doing our bit to help the needy,” Arshad Siddiqui, the chairman of the Red Crescent Society of India, was quoted by the Times of India as saying.

Besides such initiatives at the community level, young Muslims are at the forefront of social media initiatives that raise requests for help with finding beds, oxygen cylinders, plasma donors, and look for possible solutions.

As Muslims put their lives and resources at the forefront, it has not come easy – they have been subjected to online hate and real-life discrimination.

For instance, Vijay Shah, a leader of Prime Minister Modi’s party, objected to Muslims who were helping in the cremation of a party member in Gujarat state. Reportedly, the Muslims had helped with the cremation of a thousand bodies who died of Covid-19.

In another case, a picture of a prescription went viral which read that the patient, suffering from Covid-19, and attendant wanted to be discharged because they did not want treatment from a “Muslim “ doctor.

Despite Muslims across the country working tirelessly against the ongoing Covid-19 pandemic, it remains to be seen what else will come forth from the current climate of Islamophobia in India.