Indore 5 December, 2020
The two workers were brutally beaten up on the charges of diesel theft.
A video of brutal beating with Dalit laborers working at RR Stone mine in Betma police station area has surfaced. It is clearly visible in the video that a man puts a foot in the face of the laborer while uttering abuses. At the same time, the second man holds his leg upside down and the third man beats him with a belt. The laborer is groaning painfully, leave it, I will die. Even after this one person is saying, it challenged me and beat me…. 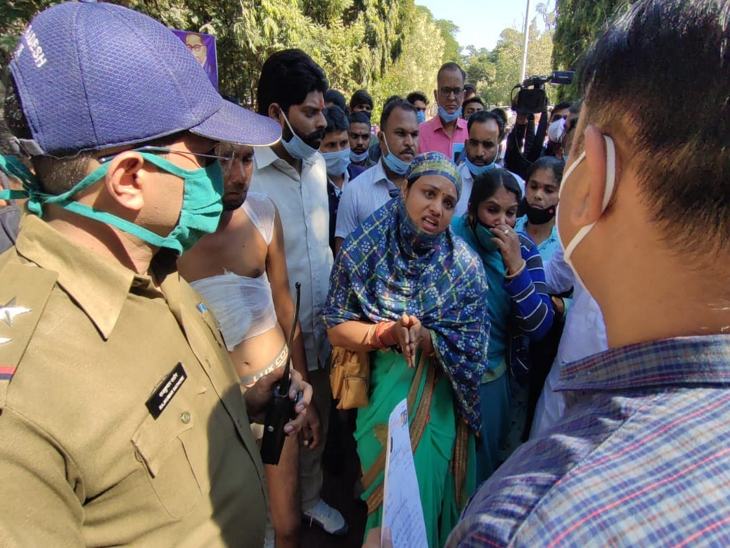 The society demanded action on the culprits from the DIG.

In the matter, the All India Balai Samaj Federation reached the DIG office on Saturday afternoon and raised slogans. The women of the society, holding placards in their hands, also staged a sit-in at the DIG office gate to take action against the accused in the harshest section. 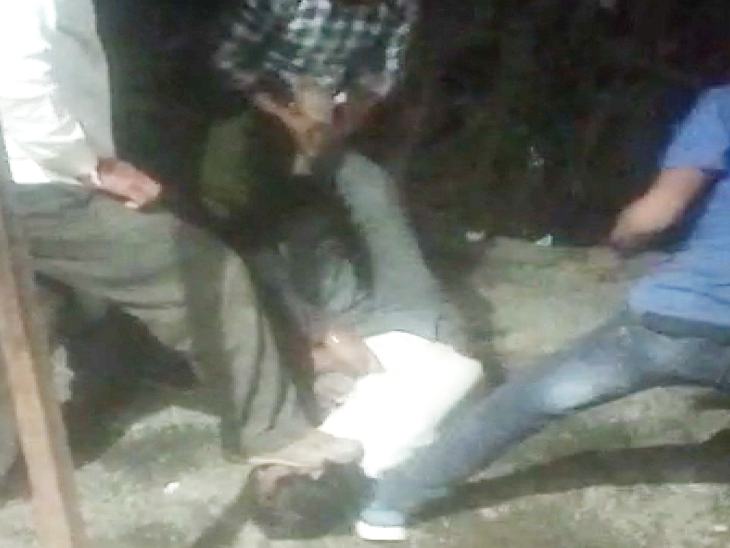 The worker was beaten with a belt.

The state female president of the society Lata Malviya said that Pandit Shivnarayan Pratap Singh, Paras Bagwan and Pradeep, who worked on the RR Stone mine along with Pappu father Devi Singh and Balram father Mittu Lal, residents of village Machal, working in the mine on the night of December 3 Together, they brutally beat both workers on diesel theft charges. Not only this, he was beaten up with feet on his face. On the complaint, the police registered a case under the general section, while in the case, the abduction section, caste clause and other serious sections were not imposed. 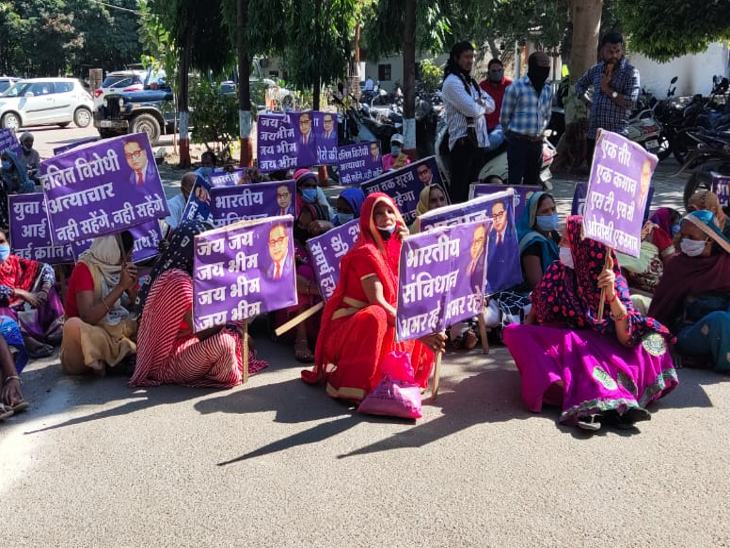 The women of the society staged a sit-in at the DIG office demanding action.