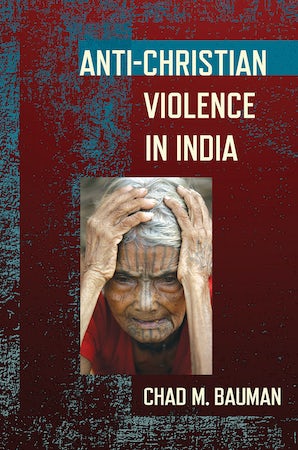 03/10/2021 India (International Christian Concern) – Chad Bauman, a professor at Butler University, has authored a book highlighting anti-Christian violence in India. His work highlights the history of Hindu-Christian relations in the predominantly Hindu country and how the increasing persecution against Christians has afflicted the religious minority community. While violence against Christians used to be rare, it has seen a significant increase in recent years.

Persecution of Christians increased significantly soon after the election of Prime Minister Modi in 2014, according to watchdog organizations. Modi and the BJP’s anti-Christian and anti-Muslim rhetoric has fueled the fires of persecution as well as the expansion of anti-forced conversion laws across the country.

The decline was, in fact, so alarming that the United States Commission on International Religious Freedom (USCIRF) recommended in 2020 that the Department of State designate India as a Country of Particular Concern. The designation was ultimately not carried out by the Trump Administration, but the message was clear – India’s religious freedom is in decline.

Several Indian lawmakers (BJP leaders) and political leaders have continually vilified religious minorities as outsiders, who are not welcomed in the country. The rhetoric is fueled by Hindutva ideology, a school of thought which has as its ultimate goal the remaking of India into a Hindu-only country.

The constitution of India guarantees religious freedom to all, but states across the country continue to lead in the implementation of anti-religious minority measures like the anti-forced conversion laws and other measures.