Allahabad HC extended his protection from arrest till the next hearing on 15 January. 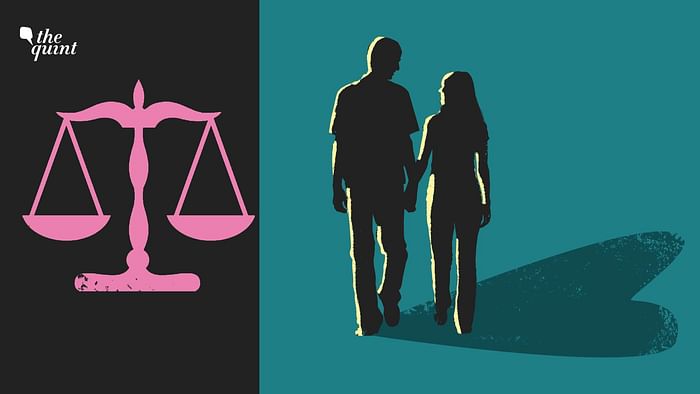 The Uttar Pradesh government, in a reply to the Allahabad High Court on Thursday, 7 January, said there is no evidence against a Muslim man who was charged under the controversial new anti-conversion law posed as a step taken against ‘Love Jihad’.

Nadeem, 32, and his brother Salman were charged under the new law in West UP’s Muzaffarnagar, two days after it was adopted. A person named Akshay Kumar Tyagi, who works in a prominent pharmaceutical company, claimed that Nadeem frequented his home in Muzaffarnagar and had ‘trapped’ his wife Parul with the aim of converting her. He also alleged that he gifted her a smartphone and had promised to marry her.

“Victim is admittedly an adult who understands her well-being. She, as well as the petitioner, have a fundamental right to privacy and being grown-up adults who are aware of the consequences of their alleged relationship,” the court said in an important statement that could affect similar cases.

On behalf of the UP government, Joint Director of Prosecution Awadesh Pandey filed a six-page affidavit on Wednesday which said, as reported by NDTV:

“The Investigating officer has found that it is not a case of UP Prohibition of Unlawful Conversion of Religion Ordinance 2020 and the Act UP Ordinance No. 21 of 2020… There is no evidence found that the accused Nadeem is having an illicit relation with Parul, nor has any evidence come forward that he tried to change the religion of Parul.”

However, the affidavit added that the investigating officer had found evidence of Nadeem threatening Akshay and so a charge-sheet for “criminal intimidation and provocation causing breach of public peace” had been submitted in a court on 31 December, reported NDTV.

A batch of petitions was filed in the high court against the ‘Love Jihad’ ordinance in the state, last month. The Supreme Court, on Wednesday, had refused to stay the provisions of the UP ordinance and the Uttarakhand law brought to ‘check forcible conversions’ and said it will examine the validity of these legislations after four weeks.

Meanwhile, Allahabad High Court said that pendency of a batch of PILs before the Supreme Court does not preclude the high court from hearing the petitions filed with them against the same ordinance.

What do the Petitions Say?

The law has been challenged by petitioners who say that it is a narrative spun to undermine principles of pluralism and diversity in the society. The petition also says that the laws discriminate against women and interfaith couples, taking away their agency and are, therefore, bad in law and substance.

They add that it violates Article 14 (Right to Equality), 15 (Prohibition of discrimination on grounds of religion, etc), 21 (Right to life) and 25 (Freedom of conscience, etc) of the Constitution, according to Live Law.

Uttar Pradesh adopted an anti-conversion ordinance in November as an apparent solution to ‘love jihad‘, a right-wing conspiracy theory where Muslim men try to seduce Hindu women to have them convert their religion.

The move has been severely criticised. The term “’love jihad’ is not defined by law, the Union Home Ministry had told the Parliament in February, adding that no such case had been reported by the central agencies.