NRIs, wherever they go, build temples, invite religious ‘Gurus’ and priests, do not mind converting Christians and applaud the likes of Tulsi Gabbard. But how does India reciprocate? 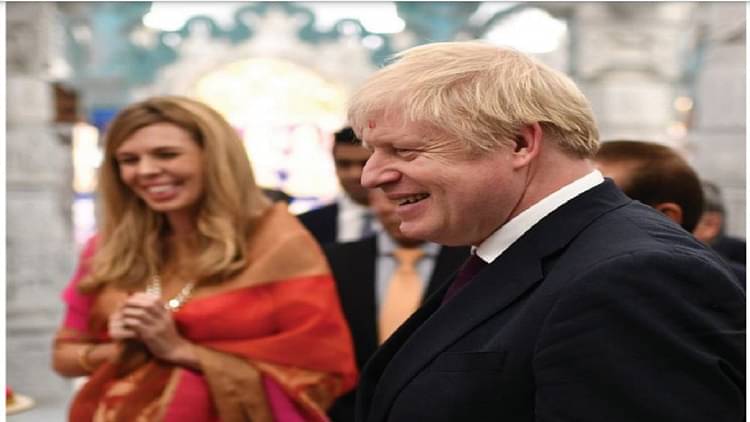 NRIs provide a visible face for India that has garnered attention and respect for the Indian culture and traditions worldwide. In Western countries, India’s soft power is displayed every day, whether it is the cuisine, yoga, or various philosophies that have roots in the ancient land. The country is appreciated for its diversity, tolerance and coexistence, while people like Gandhi are celebrated icons in the West.

We also demand freedom and opportunities wherever we go. One of our top priorities has been to build places of worship and exercise that freedom. We are also quick to react to anyone who denigrates our religious symbols and demand an apology. We invite scores of our religious leaders from India for temporary visits and others on religious visas on a longterm basis. Even in diplomatic postings, we are placing religious scholars to familiarise western folks who show some level of curiosity. Large sums of money are collected and sent to India by NRIs and other generous Americans attracted to some of these famous religious personalities.

However, it appears that what is good for the goose is not good for the gander. While we demand our way around, American Christian leaders are being deported directly from India’s airports just because they are Christians.

Several months ago, nine leaders from the New York Council of Christian churches headed by Rev. Peter Cook, who travelled to India with valid visas, were denied entry at the Chennai airport. And after subjugating them to a grueling 12-hour questioning, they were deported back to the United States.

‘The team was there to meet some people and learn,’ said Rev. Cook, who is also the Executive Director of the New York State Council of Churches. They were even denied the basic courtesy of making a phone call to their would-be hosts. According to one of the team members, the chief of the immigration at the airport went as far as to pronounce, ‘We don’t want Christians to come here’!

Considering that India, which has 30 million of its citizens living abroad and more at home are looking for opportunities around the World, what the Modi government did to a Spanish Nun who lived in India for five decades is shocking.

Sister Enedina, 86 years old, a member of the Daughters of Charity, was denied renewal of her visa and was told by the Government that she had 10 days to leave the country. She flew back on August 20, 2019, from New Delhi to Spain. This shocking behavior is from a country that grumbles when America reduces the number of H-1B visas!

The case of Pastor Bryan Nerren was highlighted by President Trump recently as one of his successful interventions to get American citizens held in foreign countries. It is a case of not only deportation but also arrest and confiscation of Nerren’s funds and travel documents.

Let me quote from a letter sent earlier by a multi-faith group to President Trump, highlighting the plight of this American Pastor:

“In October 2019, police arrested U.S. Pastor Bryan Nerren in Bagdogra airport in India. The police arrested him on the grounds of failing to declare funds, this followed after the officers in New Delhi interrogated him, asking him if he was Christian and if the money was for Christians or Hindus, they cleared him at the airport in New Delhi only to have him re-arrested in Bagdogra.”

“The Pastor was compliant and said he would fill out the customs form and pay the penalties if any, but was instead arrested, with the authorities confiscating Pastor’s funds and the passport. The boldness of the authorities’ arrest and discrimination of a U.S. national because of his faith – shows that actors of religious persecution in India, afforded government impunity, further embolden state and non-state extremists to continue their discriminatory and abusive actions towards non-Hindus”.

John Prabhudoss, the Chairman of the Federation of Indian Christian Associations of North America, was a victim himself of deportation despite having a valid visa on the grounds that he had visited Kandhamal in Orissa, which had witnessed anti-Christian riots which resulted in the deaths of hundreds, including a Catholic Priest and the raping of a Nun in broad daylight. Thousands of homes of Christians were destroyed by rioters.

Four others who visited the Kandhamal area Mr. John Hutcheson, an associate of Green Tree Global based in North Carolina, Ms. Virginia Farris, a former U.S. Diplomat and the current Foreign Policy Advisor to the U.S. Catholic Bishops Conference, along with Ms. Erin Weston and Ms. Valerie Payne, officials of Jubilee Campaign USA, were also put on the blacklist by the Indian Government.

Deportation of Mr. Prabhudoss on his subsequent visit to India, though he is of Indian origin, is another example of selective punishment for a Christian immigrant to the USA.

As Dr. Christo Philip from Houston found out, one of his frequent trips to India turned into a nightmare. He was stopped at the airport and deported back to Spain, where the flight originated, ending up in prison for a day and losing his Overseas Citizen of India (OCI) status.

He was falsely accused of evangelizing though, as a medical doctor, his primary interest was to serve the needy people over their health concerns at some of India’s remotest parts. Although the Delhi high court finally restored his OCI status, the Judge paid a higher price and is said to have been reassigned since then.

The Indian Diaspora however has been silent. While ‘conversion’ is blamed by critics for the ill will for Christians, they were celebratory in cheering Tulsi Gabbard, a Hindu convert, who took the oath of office as a Congresswoman placing her hand on Gita.

They seem to have little problem with any American joining the Hare Krishna movement or becoming followers of Sathya Sai Baba or Mata Amrithandnamayi. Many do not even show any qualms in promoting Yoga and Vegetarianism with its religious underpinnings.

It is widely believed that there are standing instructions with Indian embassies to deny religious visas and even to deny tourist visas to folks associated with any Christian organization. While many of the ‘Hindutva’ leaders travel to the United States or Europe freely, Christendom in India that has a 2000-year-old history of peaceful coexistence is forbidden to receive fellow Christians from around the World.