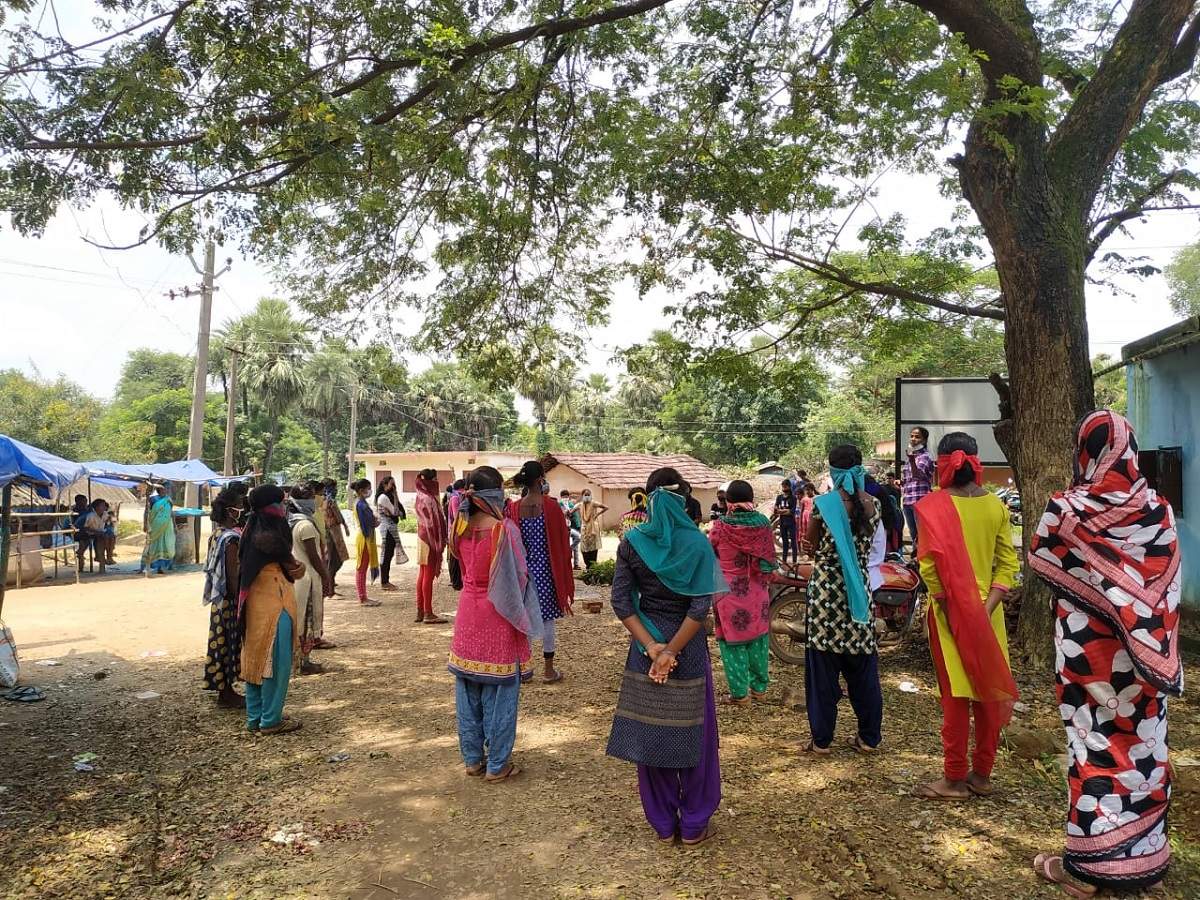 BHUBANESWAR: With mothers and older women shying away from talking about puberty and menstruation, and most importantly, lacking proper knowledge about it, the right messages about health and hygiene have failed to reach most adolescent girls.

In the wake of this, a group of 25 young tribal women in Malkangiri district have come up with a solution. They have taken it upon themselves to create awareness about menstrual hygiene in the tribal-dominated district and would meet all expenses of the campaign from their own pocket.

Calling their group Bada Didi, these women from Paraja, Koya, Bhumia, Kui Kandha and Bonda (a particularly vulnerable tribal group) tribes started their journey in July 2019. After taking permission from the district administration, they went to the girls’ hostels of sevashram schools and spread the message through videos, slide shows, close interactions as well as one-on-one discussions.

The administration twice facilitated their training, which were conducted by the UNFPA and resource persons. “We had to visit each school twice to break the ice and often communicated with the girls in their language for familiarity. We shared our phone numbers so that they can reach out to us whenever required,” Jayanti Buruda, one of the volunteers from the Koya tribe, said.

Being tribals themselves, the volunteers are well-aware of their tribal traditions and practices. “Menstruating tribal girls are lodged in separate huts and come home at night to sleep on the verandah. They are not allowed to meet the male members during this period. They assume that its impure blood coming out of the body,” Deeparani Nayak, a volunteer belonging to the Paraja tribe, said. So far, the group has covered Malkangiri, Maithili, Khairiput and Korukonda blocks. Besides, they have conducted programmes in the Bonda Hills and three panchayats — Gajalmamudi, Jadamba and Ralegada in the cut-off area or Swabimaan Anchal in “Hygiene is another big issue. The girls mostly use cloth that are neither properly washed nor sun-dried for disinfection. In some parts like the cut-off area, sunlight doesn’t reach the ground as it is heavily forested. Being shy, the girls usually hide their menstrual cloth under other clothes to dry them. This increases the chances of infection,” said Radhika Majhi, a volunteer from the Bhumia tribe, said.

The volunteers have taught the girls about cleanliness during menstruation, use of sanitary pads and their proper disposal. “The lack of proper hygiene during menstruation can result in vaginal infection. It can cause fever, white discharge and pain. In a more serious form, it can block the fallopian tube creating problems in pregnancy later in life,” Surya Narayan Das, retired professor of gynaecology and obstetrics at SCB Medical College and Hospital in Cuttack, said.

As schools are shut after the outbreak of Covid-19, the girls connected with the sarpanches and ASHA workers and visited 17 villages to raise the awareness.

“Teenage girls easily share their pain with the volunteers who are from their own community. In the pre-Covid times, the volunteers worked on the weekends as children did not have school and could devote more time to these workshops. The volunteers have not yet received any funds from the administration,” Rajashekhar Reddy, aspirational district fellow, ministry of home affairs, said.

Reddy added the administration has approached funding agencies to help the volunteers and was also planning to set up a cloth pad-making unit in Malkangiri district. The volunteers also teach the teenage girls about “Good Touch and Bad Touch” as being ignorant the girls often become pregnant complicating their lives.

Bada Didi volunteers have already covered 5,000 girls in 25 residential schools of Malkangiri district since July last year, official sources said. The campaign is important as according to the 2011 census, Malkangiri has 3,09, 568 female population with more than 50% being tribals. It has a low female literacy rate of 38% and lack of awareness among tribes has led to unsafe and unhealthy menstrual practices.