Under the guise of ‘culture and tradition’, these pages glorify dominant castes and indulge in social manipulation and caste gaslighting. 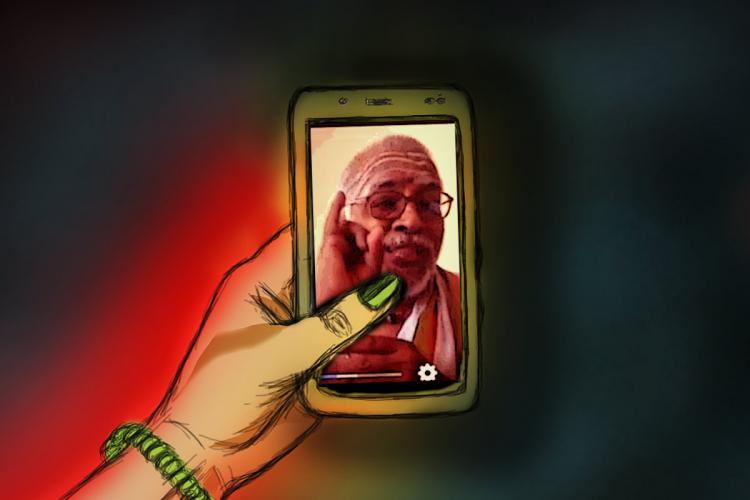 Brahmins Culture and Tradition, We Are Tambrahm, Just Tambrahm Things, Brahmins Youth Forum. Such pages are there on social media for every caste in existence, however, pages for dominant castes are particularly problematic as it is about flaunting privilege and attaining increasing social capital.

These groups are no different from ‘jadhi sanghams’ or ‘jati clubs’ ideologically and they do more harm than good, either intentionally or unintentionally and, it is especially alarming as they have thousands of followers reading and sharing content.

When these pages are called out, they often shift the focus from their biases to other caste pages that exist. Another important thing to note is that there is blatant normalisation of these upper caste pages, while lower caste pages are more pervasively censured as being casteist. For example, Brahmin caste groups are not viewed as being as casteist or problematic as a Thevar caste page, and some of them are even misguidedly celebrated in mainstream media! 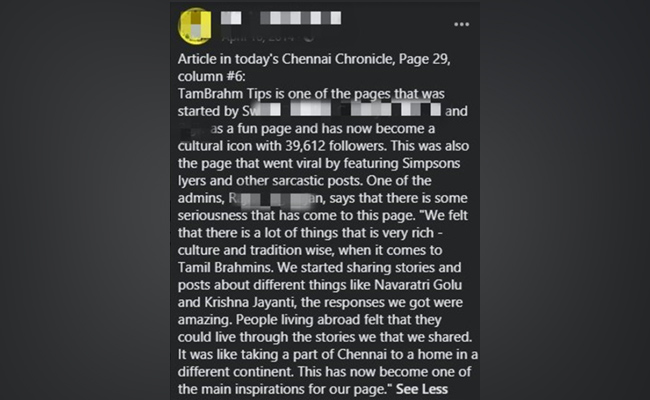 A quick internet search reveals that the very nature of Dalit/ Bahujan pages is markedly different from these dominant caste pages. Bahujan pages are focused on talking about historic achievements of significant figures and social networking; they are also more open to share content related to other castes (which is absent within Brahmin pages).

This can be seen as an extension of internalised casteism, where the historic social order is mindlessly accepted. Dalit pages are strongly anti-caste in their narrative, while working on dismantling the denigrating caste system. While Dalit pages are, by their very presence, opposing the caste order; the same cannot be said about these dominant caste pages. 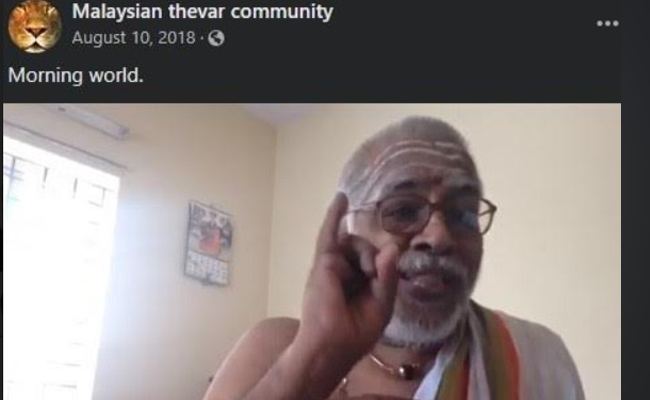 We must bear in mind that other castes only emulate what the community at the apex does in an attempt to acquire higher status (sanskritisation). Examples of this reproduction include but are not limited to lower castes adopting a vegetarian diet and the Vishwakarma caste’s practice of wearing janeu.

The critique of the Brahminical order, which forms the epicentre of Indian society, is more important to the cause of anti-casteism simply because it is the Brahmin lifestyle and “tradition” which is believed to be the pinnacle of human dignity and respect. What this caste does is seen as the reference which others use in an attempt to gain upward position in the caste pyramid. There is no acceptable justification for any caste page; however, it is imperative that we explore how and why these caste pages are created, and what purpose they ultimately serve.

These pages identifying, glorifying and perpetuating a particular dominant caste’s markers and lifestyle under the guise of “culture and tradition” are an example of social manipulation and caste gaslighting.

A caste marker is a certain object (janeu), language (Tamil Brahmin dialect), ritual or behaviour that is associated specifically with a single caste. These caste markers are what people use to identify a person’s caste, which is the first step in leading to prejudice and ultimately, discrimination. Anyone pointing out the casteist nature of these problematic pages is immediately vilified and is gaslit into being labelled a “casteist” for “making fun and relatable pages that are about a community” about caste discrimination.

The ritualistic superiority of the caste is highlighted in the name of tradition. For example, vegetarianism is emphasised due to a perceived quality of ‘purity’(sattvic food) by brahminism while meat, onion, garlic etc., (tamasic food) are looked down upon. Casteism is heavily propelled by this politicising of food which is an extension of the oppressive mechanism. To celebrate these strict and regressive practices and hierarchies in food under the pretence of tradition(al) ‘brahmin’ cuisine is not just hollow and ignorant but, also discriminatory.

These social media groups are often also used to share information and leads regarding work and education, including community support in terms of fiscal gains, which leads to the operation of nepotism and caste networks. Welfare and upward mobility of only the particular caste is prioritised. Some of these pages capitalise on their following by selling souvenirs and hence, financially benefit from the unsightly historic and systemic oppression and social inequalities of caste.

A person’s identity is also based on their identification with a nation, religion, occupation, or any other social affiliation including caste. For people in our country, caste location significantly contributes to at least a part of our identity. This is one reason why it is incredibly hard to get people to acknowledge casteism; it is so interwoven with our identity- it becomes personal; we see it as an intimate attack on our very existence as a person. One way of stopping caste prejudice is by preventing it from being internalised. Groups like this that exist for the sake of “jest” or “solidarity” contribute to strengthening one’s caste identity and thus, inevitably further caste pride.

Most of us hold the belief that one’s own ethnic group (extended to caste), nation or religion is superior compared to others.  We all witness, too often, this phenomenon at play within several contexts. The supposedly innocent caste based practices that a group of people find relatable inadvertently build a sense of group cohesiveness that result in becoming caste pride. It works heavily on the principle of categorisation: members of one’s own caste become “us” and anybody else becomes “them”. This categorisation of people leads to preferential treatment of “us”, favouring members of one’s own caste over others. Members of our own caste are prioritised, given more opportunities.  People tend to see members of their caste in a more positive light, leading to unfair treatment of other caste individuals.

There is a positive relationship between one’s caste location and caste pride. Historically, if your ancestors were ones who fought as warriors or wrote literature, you’d want to be associated with that identity more strongly and hence, derive more pride from it. However, if your ancestors were sweepers, dead animal disposers or manual scavengers, you’d want to distance yourself from that reality and hence find it tougher to take pride in your caste.

Caste pride enhances a person’s attachment to their own caste and their willingness to work on furthering its own welfare. It benefits those in positions of privilege and social capital, and inherently discriminates the lower strata. Dominant castes go as far as encouraging others to identify them with their specific markers, rendering themselves as being “special”. The value that is attached to one’s caste only exisst as long as the same value is absent in another caste. The superiority that dominant castes have is inversely proportional to the perceived inferiority of lower castes, which works in a graded scale.

The existence of these pages on social media platforms, such as Facebook and Instagram, has allowed casteism to evolve and assume more novel manifestations without making it seem obviously malignant. Such pages usually have a ridiculously hypocritical bio that claims that its purpose is to “unite, preserve and protect Brahmin culture and tradition without promoting discrimination”. 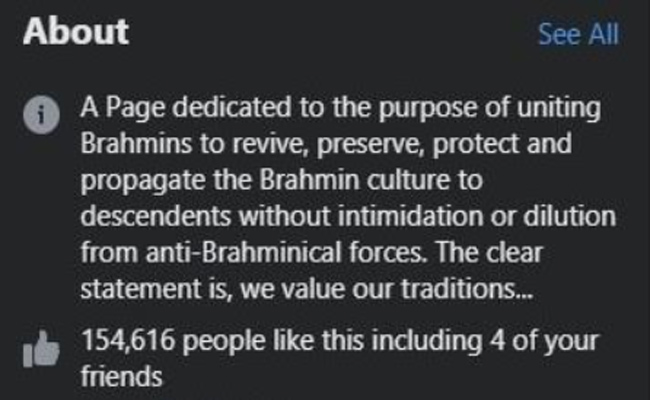 Social media offers a space for closet casteists and performative woke liberals to perpetuate and sustain casteism under the masquerade of creating and curating content that is “fun, quirky and relatable to a community”. If you are someone who thinks these pages are innocent and harmless, it is imperative that you introspect and ask yourself why. Acknowledging one’s privilege and entitlement is the first step toward the battle against discrimination. Most often, casteism is only equated to violent crimes, and we eventually end up accepting everyday casteism without giving it much thought, which is dangerous and counterproductive within the discourse of anti-casteism.

Nikitha is an aspiring Clinical Psychologist based in Chennai. Her interests lie in wildlife, art, photography and science. She is also co-author and illustrator of poetry book Respiring Ruin.