By Our Southern India Correspondent 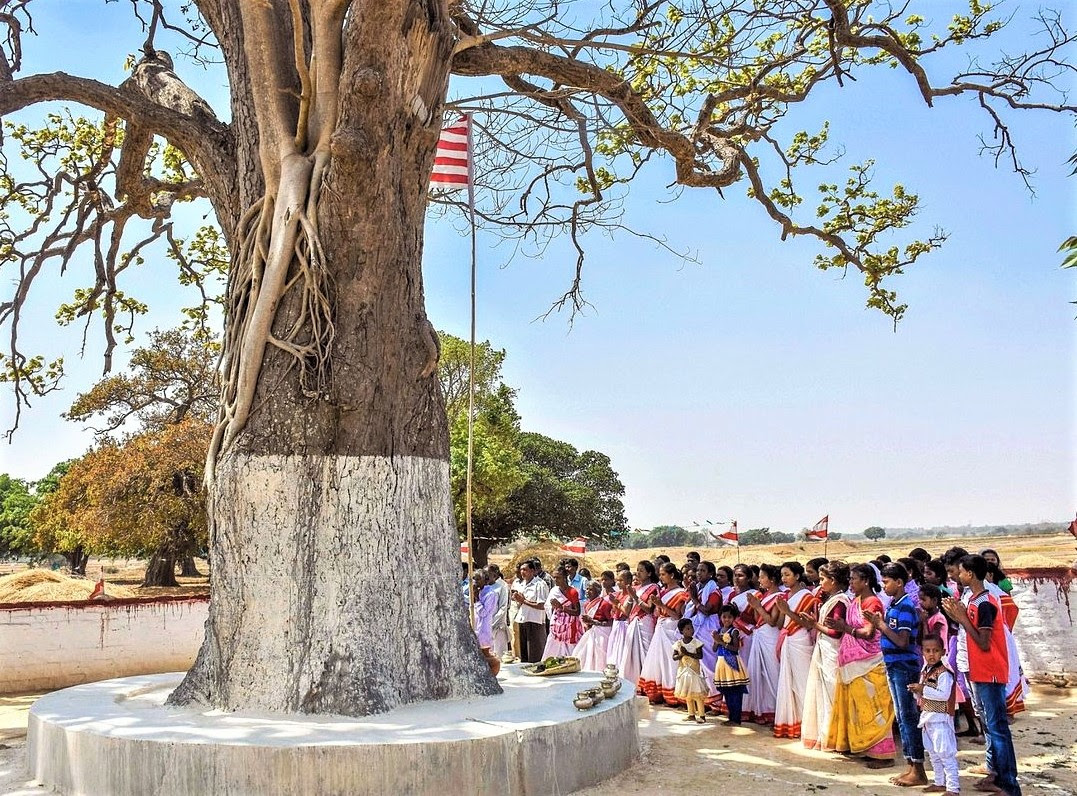 HYDERABAD, India, March 1, 2021 (Morning Star News) – Local officials and other tribal animists in a village in eastern India locked council doors, tied up pastor Lakshman Oraon and beat him for more than an hour, but he kept praising God, he said.

“I did not shout or cry before them,” Pastor Oraon told Morning Star News. “I was praying, praising the Lord, remembering His sacrifice for me on the cross.”

The elders of Jungur village, Latehar District in Jharkhand state had summoned him and other village Christians on Jan. 24 to demand that they help fund the ritual worship of tribal deities. When he refused, he said, they tied his hands behind his back, knocked him to the floor and struck his back, head and face.

“When they tied me and started kicking me, I was not at all angry. The Lord reminded me of the verses in Matt. 5:11-12,” Pastor Oraon said, reciting in Hindi Christ’s statement that followers are blessed when others revile and persecute them, and that they rejoice. “I received great strength from these words. There was a smile on my face all through.”

“Then they turned to me angrily, ‘Why you will not give money?’ and started abusing me in filthy language,” Pastor Oraon said. “I asked, ‘Why would I give money? When I don’t believe in the rituals or the deities, why would we give money for their worship/puja? It is hard-earned money, and we don’t spend it for rituals we don’t believe. And also, how does it make any difference, since I am also not partaking in any of the rituals?’”

When he explained to them that as Christians they were free of such obligations, they replied that his ancestors were tribal priests, and that he was a useless ingrate who adopted a foreign faith and must be taught a lesson, he said. They threatened to expel all Christians from the village.

Tying his hands behind his back, the village leaders kicked him to the floor before the crowd of about 80 followers of tribal deities, he said.

“A mob surrounded me and, one after the other, they took turns to kick me on my back, on my head and punched my face,” Pastor Oraon told Morning Star News. “The beatings continued for more than an hour. They locked the village council premises, threatening the Christians that if they took any photo or video or tried to venture out from the spot or attempted to contact police, the phones will be seized and the persons will also face the same fate.

“They told us that one after the other they will beat us all up to death.”

Pastor Oraon said he told church members to keep calm and refrain from argument that would further agitate the mob.

“After one of the village elders asked the mob to release me, they let us go to our homes,” he said.

“We sent petitions to the Station House Officer (SHO) at Manika police station, the superintendent of police and also the district collector,” Pastor Oraon said. “The SHO called both parties to the police station and effected a compromise that we would not file any case against them, and that they will not excommunicate us from the village.”

At the police station the tribal leaders continued demanding funds for the rituals, and the SHO told the Christians to hand over the money, thinking that would resolve the matter, Pastor Oraon said.

“At the police station, we were asked to give the money, and we gave it,” he said. “We are praying for the salvation of village leaders and the devotees of tribal deities. The police assured us that they will be a phone call away if any problem arises, and that we will not face any troubles from the villagers after giving the money.”

Asked about the harassment of Christians in Jungur village, the SHO of Manika police station initially denied the mob assault, saying “no such incident took place.” He later requested 30 minutes to collect the latest report and get back to Morning Star News, but he remained unavailable thereafter.

Journey
Pastor Oraon said he grew up seeing one member of his family or another continually taken captive by evil spirits.

“There were anger, violence and tears,” he said. “In order to get rid of one kind of evil spirit, we performed pujas, which would again result in bringing many other evil spirits home. I started reciting the spells and performing rituals, but they were not solving our problems – one after another started falling sick and were dying. And the loss of family members left us deeply depressed.”

In 2011 a Christian told him about Christ; he immediately put his faith in Him, as did his newlywed wife, he said.

“Since then, the neighbors started noticing the transformation in our lives – we were free from all the evil spirits,” Pastor Oraon said. “We went to church as a family and sang joyfully at home. This was something new for the people who knew us. They asked us to share the gospel with them, and today we have at least 35 members gathering for worship on Sundays at our home church.”