“We don’t have misplaced sympathies for any officer who is doing duty beyond IPC and CrPC,” ADG Prashant Kumar said. “After a night of being beaten, the policemen woke me up before sunrise at Govind Nagar police station. They tied my hands with a rope, made me sit on the ground in the back of the jeep, a policeman held my head from the back while the other one burnt my beard using a matchstick.”

These are the words of 21-year-old Adil, recently released on bail by the Allahabad High Court, who spoke to the media for the first time regarding what happened after he was picked up by Uttar Pradesh Police after clashes erupted between cops and anti-CAA protesters on 20 December 2019. 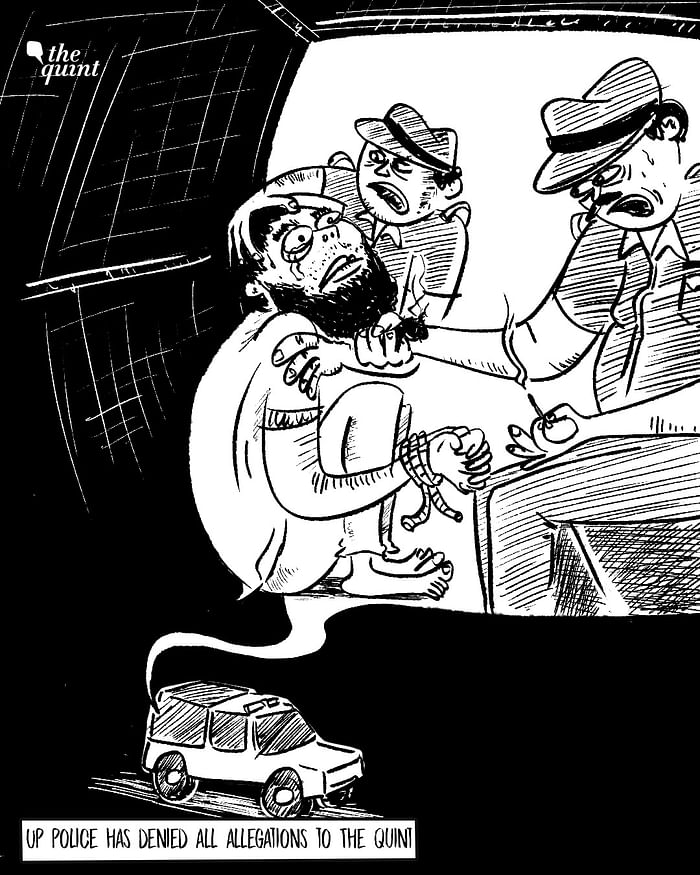 Adil was amongst the 39 people who were detained by UP Police later that afternoon in Kanpur. By the morning of 21 December, of the 39 people, four men were arrested on charges of attempt to murder, rioting, arson, dacoity, and various sections of the Arms Act. These included Adil, who worked at a salon, 22-year-old Mustaqeem, a mechanic, 60-year-old store keeper Sarfaraz Alam, and 62-year-old Parvez Alam, a tailor. All four live in the Muslim-dominated Babu Purwa area of Kanpur and do not have criminal backgrounds, their lawyer Nasser Khan confirmed.

After their bail was initially rejected by the district court, they were released on bail by the Allahabad High Court after several months in jail. In detailed interviews to The Quint, they revealed for the first time since their release, what transpired on the intervening night of 20 and 21 December 2019. 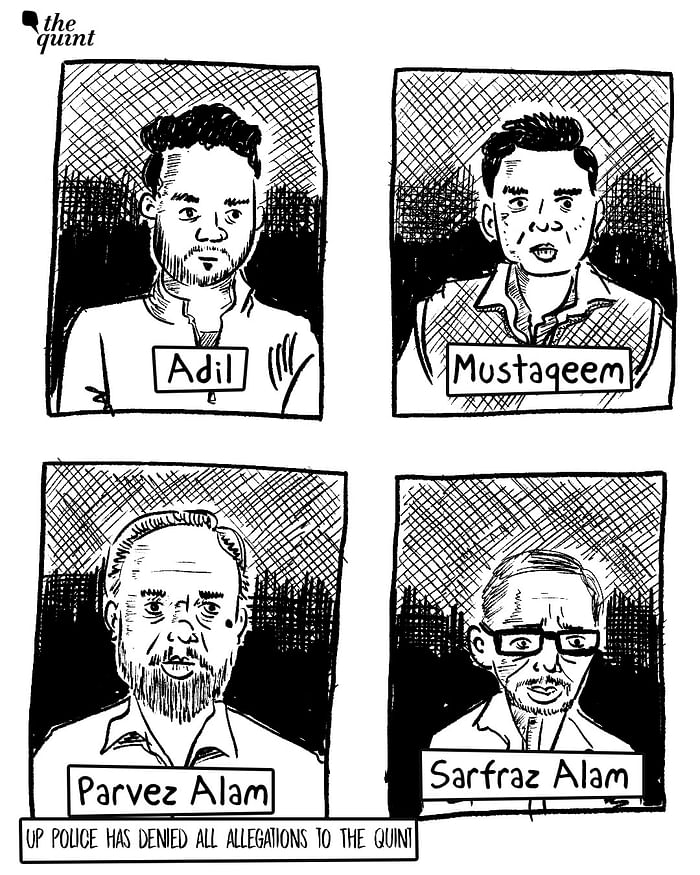 Beginning from when the four men were picked up, up to the time they were released on bail, this reporter heard harrowing allegations of communal slurs and physical violence against the UP Police. These allegations include burning the beard of one of the accused, making inappropriate comments about Muslim women, calling the men terrorists, threatening them with ‘fake’ encounters, and forcing them to chant ‘Jai Siya Ram.’
Commenting on the allegations raised in the story, Uttar Pradesh’s Additional Director General (Law and Order) Prashant Kumar said, “We have not received any complaint regarding these allegations. They should have been brought to the notice of a senior officer and they would have definitely acted on that. Every law and order problem is dealt like a law and order problem irrespective of caste, creed, or religion. We have nothing to hide. We do not have any misplaced sympathies for any officer who is doing duty beyond the Indian Penal Code (IPC) and Code of Criminal Procedure (CrPC).” 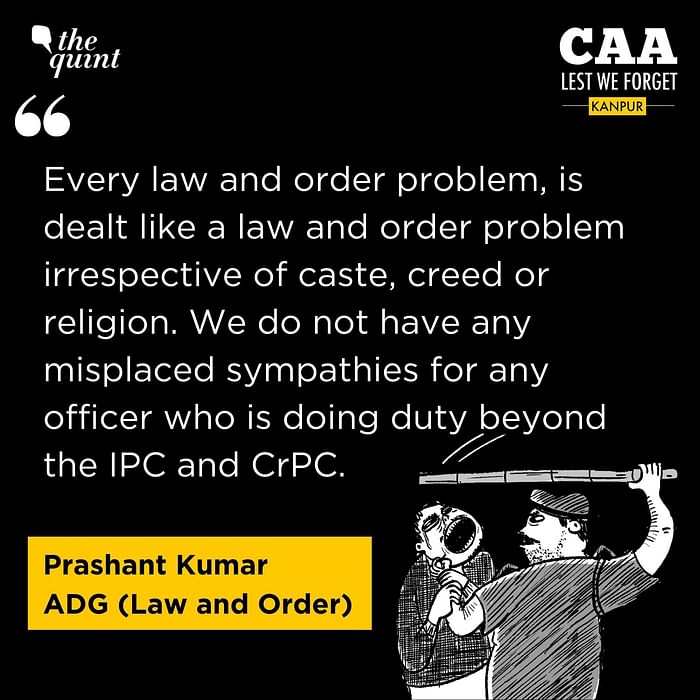 Inspector General, Kanpur, Mohit Agarwal also denied all allegations and added that it was “a clear attempt to disturb communal harmony” in Kanpur.

“I do not think you should report this story. There was media everywhere then. If these allegations had to come out, they would have come out then itself. This person is someone who is accused of arson and rioting, I completely disagree with this. Nor can the police do this, nor has this happened and nor did anything like this come up even then.”

Going a step ahead from just refuting the allegations, Agarwal asked this reporter to ask the accused the following three questions, answers of which have been covered in the story. The questions were:

Considering the three questions raised by the police, to make the case that the allegations are baseless to begin with, we asked the accused about this in our interviews.

‘Tried to Tell Doctor, Didn’t Know We Could Tell Magistrate & Did Tell DM’

At the hospital: Adil claims that the doctor asked him how his beard got burnt. “He asked me why my beard was burnt. I wanted to answer, but I could not. I did not think I could trust the medical staff there. You get to know, ma’am, if revealing the truth to someone will help you or not. Even when the doctor asked and I looked at the policeman who had burnt my beard, he was intimidating me with his stare.” Mustaqeem adds how the hospital staff was treating them like criminals. “They were telling us we should not have rioted and all that. What was the point in telling them anything. They were all together against us.” 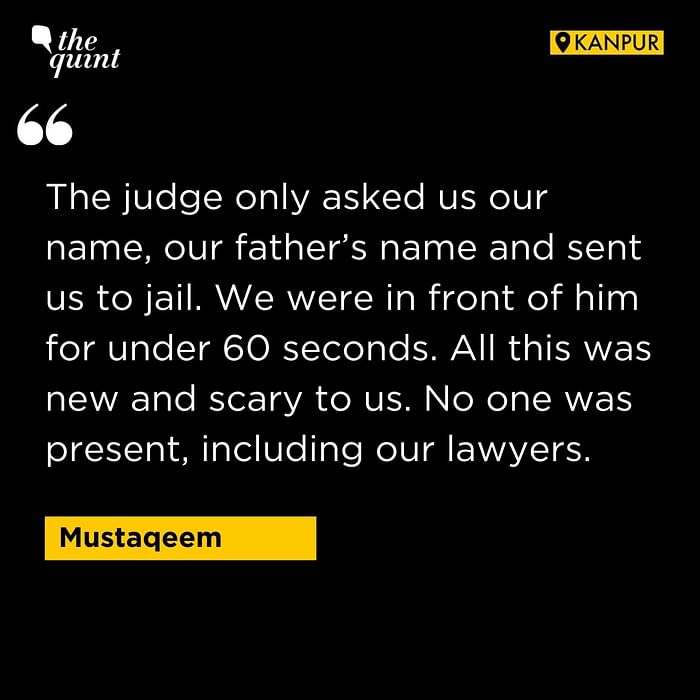 In front of the magistrate: After the hospital visit, all four were presented in front of a magistrate and taken to jail. When asked why they did not tell the judge about the alleged torture, all four said that they were not asked to, nor did they know that they could mention this to the magistrate. “The judge only asked us our names, our fathers’ names and told us to go. We were in front of him for under 60 seconds. All this was new and scary to us. No one was present there, including our lawyers. Our heads were spinning and we were very scared,” Mustaqeem said.

Before the then DM of Kanpur: They stayed together for about ten days in the same barrack of the jail, and were then moved to separate barracks. But before being moved, they allege that the then DM of Kanpur, Vijay Vishwas Pant, met them. “We were all made to stand in a line and the four of us were particularly pulled out.” Adil and Mustaqeem said that they told the district magistrate what happened. “We told him, showed him how we were beaten. I also told him about my burnt beard in particularly. He seemed nice and had sympathy for us. But that’s it. Nothing happened after that.”
The Quint has reached out to the former Kanpur DM, who is now Azamgarh divisional commissioner, for comment. This copy will be updated if and when he responds.