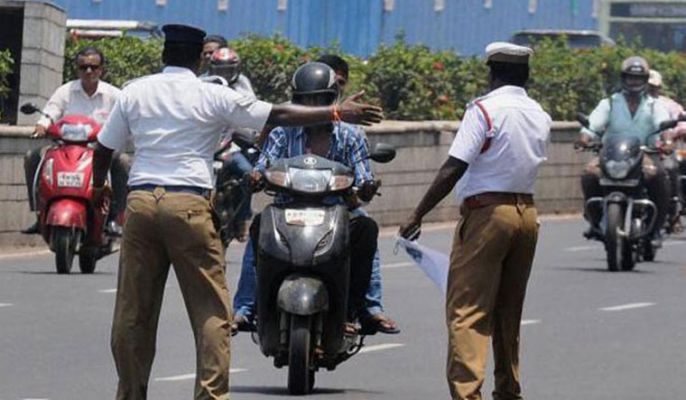 Coimbatore, Oct 9 (PTI) A constable was transferred after a video of him seeking the caste details of a motorist to issue a challan for not wearing a mask in neighbouring Tirupur district went viral on the social media, police said on Friday.

With the district administration issuing orders to penalise those not following lockdown norms like wearing a face mask, the constable, Kasirajan stopped the two-wheeler rider at Tirupur-Perumanallur junction on Thursday.

Since the motorist was not wearing a mask, the constable sought his details and also the caste name to issue a challan, which irked the man and resulted in an argument between the two, police said.

A video of the two arguing went viral on social media today, following which the police department transferred Kasirajan to the Armed Reserve wing, police said.