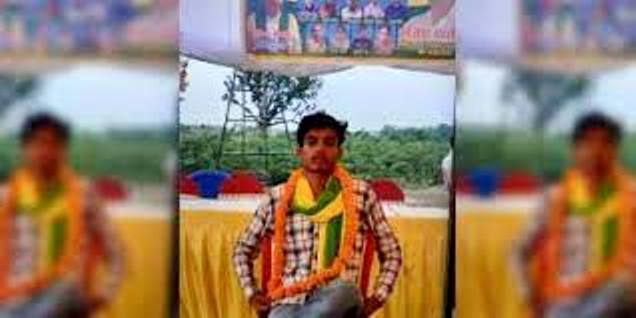 Following its claims on Saturday that eight of the 11 people belonging to a neighbouring Thakur family and named in the FIR had been arrested, the police now claim that a 23-year-old Dalit youth is guilty of the murders.

New Delhi: Following the suspension of two police officers for allegedly colluding with the accused in the murder case of a Dalit family in UP’s Prayagraj, the UP police on Sunday, November 28 issued a statement saying that they have now arrested a youth who “belonged to the same community as the deceased,” the Indian Express reported.

Of the 11 people from an upper-caste Thakur family named in the FIR and charged under various IPC sections, the SC/ST Act and the POCSO Act, the UP police had earlier claimed that eight of them had already been arrested.

Additional director general of police (ADG), Prayagraj, Prem Prakash on Sunday tweeted that one Pawan Saroj (23) had been arrested and was being interrogated by the police for harassing the daughter of the family. The daughter, earlier reported as being a minor, was believed to have been raped before she and her family were murdered.

ADG Prakash, in a subsequent tweet also noted that the girl was not, in fact, a minor and that she had graduated college. He noted that the charges under the POCSO Act had been removed from the case.

In the latest police statement, ADG Prakash noted that it Saroj was responsible for the murder, along with some others whose identities could not be confirmed since Saroj kept “changing their names”. He further noted that the investigation is ongoing and will be based on call records and DNA evidence.

The four members of the Dalit family, consisting of the two parents (aged 50 and 45), their son (10) and their daughter (now confirmed to be 25), were found murdered in their home on Thursday. When the news came to light, relatives of the family accused a neighbouring upper-caste family who the victims are alleged to have had a dispute with since 2019.

The 50-year-old victim’s brother noted that two FIRs had been lodged by the victims in September, 2019 as well as September, 2021 in relation to a land dispute and threats which they had received from the neighbouring Thakur family. According to him, the upper-caste men even assaulted the victims on two occasions, according to the Indian Express report.

The victims’ relatives had earlier alleged that two police officers, station-in-charge Ram Keval Patel and constable Sushil Kumar Singh tried to pressure the victims into reaching a compromise with the accused family rather than taking any actions against the accused. As a result, the two officers were suspended.

Speaking about the police’s recent statement announcing that Saroj was responsible for the murders, the victims’ relative drew comparisons with the new police version and the Hathras gangrape and murder case from 2020. He claimed that he did not know Saroj and that he received a phone call from the police who told him that he was responsible.

ADG Prakash, while holding Saroj responsible, noted that a “small dispute” was found to have happened with the 11 people named in the FIR initially but that there was “no evidence” to show that they had murdered the family.

However, on Saturday, Prayagraj deputy inspector general of police (DIG) Sarvashresht Tripathi has said that eight of the 11 named in the FIR had been arrested and that, “The remaining two are in Mumbai, and teams have been deployed to trace and arrest them. One accused is admitted in a hospital and is not able to walk. We will question him as well. We will probe the case from all possible angles.”

Note: This news piece was originally published in thewire.in and used purely for non-profit/non-commercial purposes exclusively for Human Rights objectives.