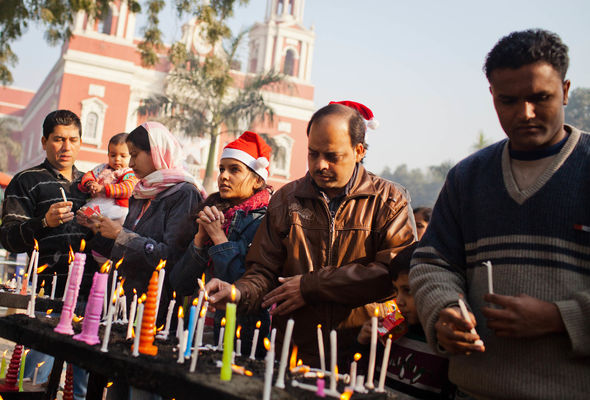 01/26/2021 India (International Christian Concern) – According to local sources, a pregnant Christian woman in India suffered a miscarriage after she was brutally beaten by a mob of radical Hindu nationalists. The radicals justified their attack by falsely claiming their Christian victims were involved in forced religious conversions to Christianity.

On December 31, 2020, radicals attacked a small prayer meeting in Bhevda village, located in India’s Madhya Pradesh state. The radicals reportedly stormed into the church hall and beat all of the Christians gathered for worship.

Among the Christians attending the prayer service was Leela Bhai and her husband Rakesh. At the time of the attack, Leela was eight months pregnant. According to survivors, the radicals did not spare anyone in their assault, not even Leela.

During the attack, Leela was beaten and kicked in the stomach. Days later, after complaining of severe stomach pains, Leela suffered a miscarriage.

Local Christians held a protest on January 6 in front of the Tikari police station in response to the attack. The Christians called on police to arrest those responsible for attacking the worship service and causing Leela’s miscarriage.

Anti-Christian tensions have been rising in Madhya Pradesh since the state government announced its intention to enact India’s most stringent anti-conversion law. Anti-conversion laws are often abused by radicals in India to justify assaults on Christians and other religious minorities. In the case of the attack on Leela and her church community, radicals justified their actions by falsely claiming they were stopping forced religious conversions.