‘Recording of prosecution evidence is still going on but we have come to know that the judgment is already being written,’ the application says. 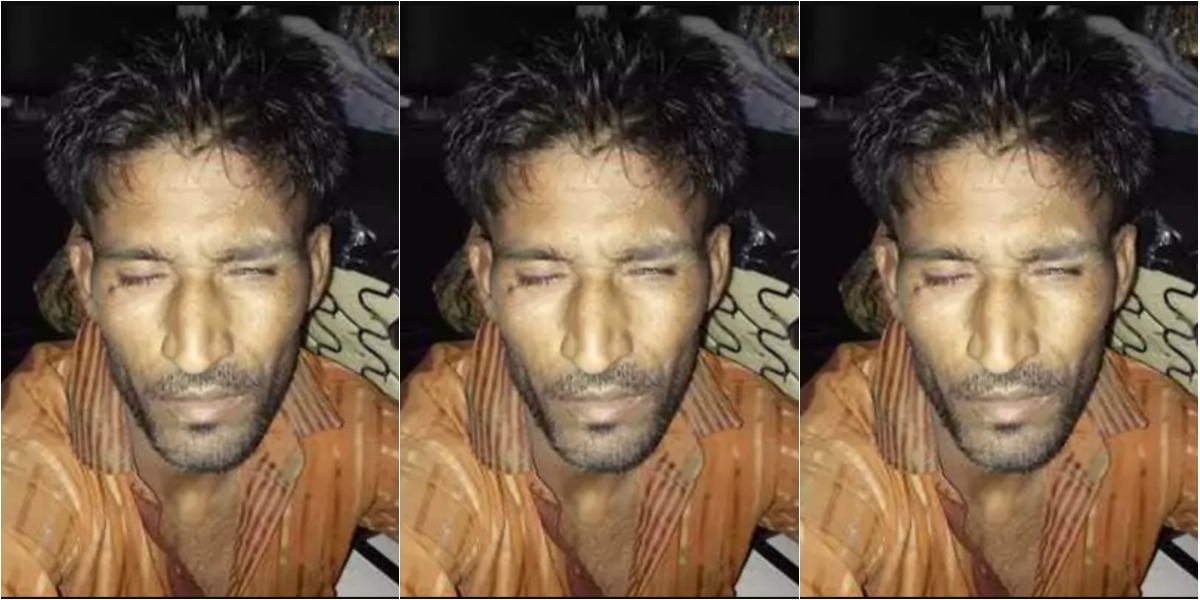 Jaipur: The family of lynching victim Rakbar Khan, a Muslim dairy farmer who was beaten to death by cow vigilantes, has accused the Additional District Judge No. 1 court, which is handling the case, of bias.

In an application to Alwar’s District and Sessions Judge Sangeeta Sharma requesting transfer of the case to another court, Khan’s 73-year-old mother Habiban and a key witness in the case, Aslam Khan (32), have stated that since the beginning of the trial, the presiding officer has been favouring the accused.

“The accused tell us that they have managed the presiding officer and now the judgment will be in their favour,” reads the application.

On the night of July 20, 2018, Rakbar Khan along with his friend Aslam Khan were brutally attacked by a mob in Lalwandi under the jurisdiction of Ramgarh police station in Alwar while they were transporting milch cows on foot to their home in Haryana’s Kolgaon from a village in Alwar.

Aslam had managed to escape but Rakbar was beaten brutally by the mob. He succumbed to his injuries a few hours later.

A Vishwa Hindu Parishad (VHP) leader Nawal Kishore Sharma – chief of the VHP’s gau rakshak cell in Alwar’s Ramgarh – was said to have led the mob.

Then local Bharatiya Janata Party MLA Gyan Dev Ahuja, who was later promoted to the rank of BJP’s vice-president in Rajasthan, is said to have been involved in the case.

The family said that the integrity of the presiding officer of the court is suspicious.

“Recording of prosecution evidence is still going on but we have come to know that the judgment is already being written. In such a situation, we have no hope for justice from ADJ 1 Sarita Swami,” states the application. 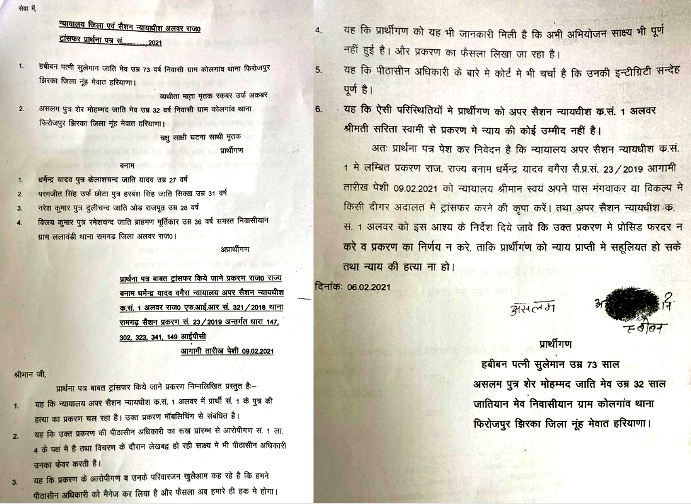 The application filed by Rakbar Khan’s mother and his friend Aslam Khan, a key witness in the case.

Speaking to The Wire, Rakbar’s brother Haarun Khan said, “We are afraid that the court will acquit the accused just the way they did in the Pehlu Khan case.”

However, the application has been rejected on procedural grounds.

“The District and Sessions Judge did not decide the application on merit, but said that the court hearing their case is a special designated court, hence she has no powers and disposed of the application,” the Special Public Prosecutor (SPP) Ashok Kumar Sharma told The Indian Express.

Judge Sangeeta Sharma has asked the applicants to approach the high court because she is not authorised to transfer a case under a special court set up for cases of mob-lynching.

Rakbar’s case is similar to that of Pehlu Khan where self-styled ‘cow vigilantes’ mercilessly beat up the Muslim dairy farmer for having a cow with himself.

Rakbar is survived by seven young children, a widow and parents in their 70s.